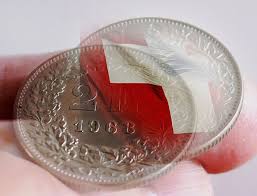 BitPanda, in partnership with GlobalWebIndex, has done an in-depth survey on the identity of the European cryptocurrency holder. Key findings of the study show that both the Swiss and Austrians hold the titles of the highest crypto ownership in Europe At least 7 percent of internet users in Switzerland hold digital currencies. This is one of the highest rates of crypto ownership not only regionally but globally as well.

This statistic, however, does not come as a surprise since the Swiss have been very focused on cryptocurrencies and blockchain. As an illustration, Avenir Suisse, an influential think tank in the mountainous Central European country, has urged the Swiss National Bank (SNB) to work on a cryptocurrency for the nation. In a report titled “Blockchain After the Hype,” the think tank is proposing a blockchain-based type of economic model. Avenir Suisse has consequently, advised the design of a “frank token” run by the SNB.

The Swiss Ahead Of the Curve

The expert further said that the stable coin has the potential to turn Switzerland into the world’s first “blockchain nation.” Why? The Swiss financial sector would accommodate tokenized securities trading.  The “frank token” would also open doors for blockchain implementation in the broader financial industry. This would encourage the emergence of new business models and move the nation ahead of its European peers due to the expansion of more possibilities in the global market.

This BitPanda data was sourced from 17 European markets. It shows that digital currencies are present in 4 percent of all internet users.  Consequently, cryptocurrencies are the least common of all nine investment vehicles tracked in the report. The study highlights the European crypto holder as a high-income earner, with a specific technical knowledge set. This crypto investor has a sense of economic empowerment and is a pursuer of novelty.

“We wanted to demystify the people that shape the cryptocurrency industry. I’m hoping this report will help everyone to understand better who these people are, what their attitudes are, as well as their lifestyle, finance & investment behaviors.”

Bitpanda’s primary goal was to highlight the behaviors and attitudes that make the European crypto holder different from any other average investor.

One in Five Cryptocurrency Holders Are Women

The study, for instance, shows that this investor is a risk-taker. They similarly love technological products and are into privacy. When it comes to demographics, the average cryptocurrency holder is also young and wealthy. Investors in gold, also seem to have a higher affinity for crypto investments.

The BitPanda report shows that though the UK ranks 11th in crypto ownership, London has the largest group of crypto holders. The city has three times the average holders rate exceeding Zurich’s percentages.

The level of ownership is also highly influenced by the career of the respondent. Those in banking, engineering, or financial services seem more receptive to digital currencies. There is gender disparity when it comes to crypto investments in Europe. It is only one in five crypto investors, which is female.

As an illustration, 21 percent, which is the highest percentage of crypto ownership is amongst men between the ages of 25 to 34. The crypto investing women are highly likely to have a university as well as in a well-paying career. They are also more likely to bankers or in finance. Nevertheless, the gap between men and women crypto holders is lessening, when compared to older statistics.