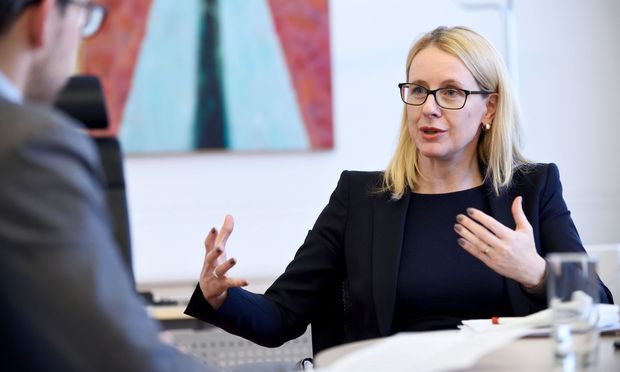 Blockchain technologies have been beneficial in the development of modern industry. However, there is still a long way to go for them to be massively adopted.

One of the reasons why developments have slowed down at the business level is because of the regulatory uncertainty surrounding these technologies. While some countries seek to boost their development, others impede their free growth. This uncertainty has concerned governments looking for a way to regulate a terrain that is entirely new and over which they do not have a complete understanding.

The ANON Blockchain Summit is taking place during April 2 and 3 in the city of Vienna, Austria and one of the most relevant events was precisely a panel discussion on “The role of government in the age of blockchain.” During this conference, three experts debated for 40 minutes the current and future situation of blockchain technologies.

However, the most popular opinion was that of Margarete Schramböck, Federal Minister for Digital and Economic Affairs Austria. This political expert in business management said that from her point of view, regulations on blockchain technologies are not necessary at least initially :

Although there is agreement on the need to regulate activities related to cryptocurrencies in order to avoid crimes such as fraud, tax evasion, and money laundering, the underlying technology does not require such controls.

Like the SEC Commissioner, Hester Peirce, Schramböck explained that excessive regulations could complicate the development of emerging businesses and industries. The minister called for calm to avoid the mistake of overregulating these promising technologies:

Europe has a strong tendency to overregulate, and then we are surprised that there are no European companies in the top 10 worldwide”

Just as Schramböck, Hester Peirce released a dissent after a decision from the SEC to disapprove the denial of a Bitcoin ETF promoted by the Winklevoss twins. On that public statement, Ms. Peirce showed concern about the negative impact that excessive regulations could bring to emerging businesses:

More generally, the Commission’s interpretation and application of the statutory standard sends a strong signal that innovation is unwelcome in our markets, a signal that may have effects far beyond the fate of bitcoin ETPs”.

Schramböck considers that the use of blockchain technologies is not only positive for the economy. At the level of politics and government, the use of DLTs can help reduce bureaucracy, corruption and information transfer between stakeholders.