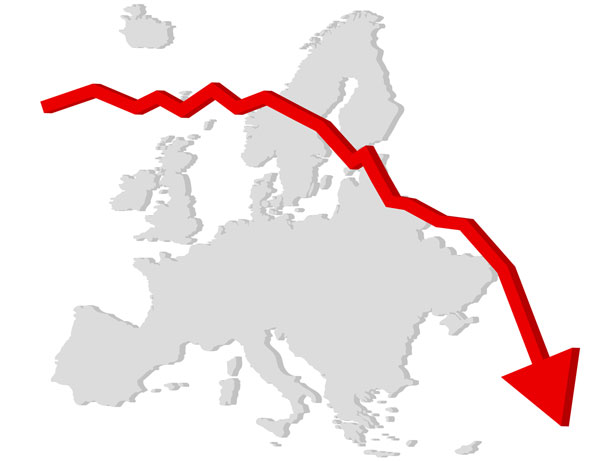 Brace For A Bitcoin and Crypto Rally, Recession Probability At A 12-Year High

The month of July 2019, marks the 121st month of the longest-running economic expansion in the US since 1854. The US economy has seen a continued rise since June 2009, although the GDP rise has been lower than that of other booms. Wall Street has however sounded the warning bells, saying that the expansion is slowing down.

David Rosenberg, a strategist, and economist at Gluskin Sheff + Associates Inc is sure that an economic recession is underway. Taking it to Twitter, Rosenberg says:

“For those who “can’t see the recession”, it’s illustrated for you in this chart. The NY Fed model now pegs recession risk at 32.9%, a 12-year high. History shows there’s no turning back at this level”.

A Recession could Pump Bitcoin Prices

Crypto enthusiasts believe that the pending recession is what Bitcoin and crypto need to rally to their highest rates. An economic slowdown could bring differentiation in altcoins. The unstable altcoins would fall hard, while the quality dollar pegged stablecoins would establish their reign. With crypto holders, dropping fiat, their market for premium stablecoins will mature faster.

If the recession, however, were brought about by reduced confidence in the USD, a stronger Bitcoin and crypto rally would happen. The digital currencies would be perceived as better alternatives to the ruling fiat. The dollar-backed stablecoins would then be sold off for Bitcoin and its altcoins.

Most analysts believe that the current expansion cycle in the US is unsustainable. It is actually an economic miracle that despite various mishaps in the last decade, the growth pattern has held. The signs, nevertheless, are apparent that the recession is setting in.

A 30 percent probability of a recession seems low, but as per analysts, the NY Fed model always presents an underestimated value. In July 1990, the model gave a 33 percent chance, just as the 1990’s economic crunch was setting in. In March 2001 the figure stood at 21 percent, which did not hold back the early 2000s economic downturn.

Globally, central banks have stimulated bubbles through their monetary policies, increasing global debt rates. These bubbles are set to burst all over the globe, which will make the coming recession much more violent. The US stock market bubble is already facing a downturn.

In sharp contrast, gold and Bitcoin, seen as safe havens in economic uncertainties are increasing in value. Consequently, the economic downturn might push Bitcoin’s prices to otherwise unimaginable costs.

Naeem Aslam of ThinkMarkets, for instance, says that the digital currency could be worth $100,000 by the end of the current Bull Run. Aslam says that BTC digital gold status will fuel its growth, as more investors including whales from institutions park their capital in it.