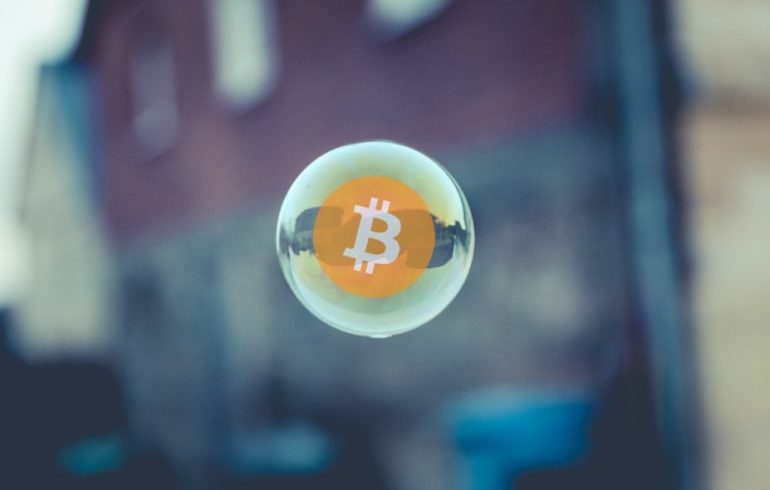 To burst or not to burst? The Big Bitcoin Bubble Dilemma.

After some worrying days for crypto investors where Bitcoin’s value fell as much as $2981 it seems that the bulls have returned and its price has shown a speedy recovery with a $1000 increase in less than four days.

In the midst of institutional giants that are doubting the currency, there is one more person that is voicing their concerns. Ray Dalio, the head of Bridgewater Associates stated at CNBC that Bitcoin is in fact a bubble which is only being driven by speculation and greed.

“Bitcoin today, you can’t make much transactions of int. You can’t spend it very easily,” Dalio said on CNBC. While some believe that Bitcoin has potential to be an alternative currency, Dalio doesn’t see thing this way. “It’s a shame. It could be a currency. It could work conceptually, but the amount of speculation that is going on and the lack of transactions [hurts it].”

Dalio’s analysis is a reflection of his concerns on how Bitcoin’s major price increase and the speculations behind it have prevented it from becoming a mainstream form of payment. In July 2017, Morgan Stanley investors expressed the problem of the bitcoin owners not spending their bitcoins. This reluctance to use the cryptocurrency is due to the massive rate of its appreciation. This has created fewer and fewer online merchants to facilitate Bitcoin transactions.

Traders are merely buying Bitcoin to sell it at a higher price, Dalio believes.

If this is a bubble it does not seem that it will burst very quickly. It has recovered well from the initial sell-offs following the recent events in China. There is still huge appetite on investing in this cryptocurrency. While there are some very valid points made by the hedge fund titan Dalio, I believe the currency will have a longer life.