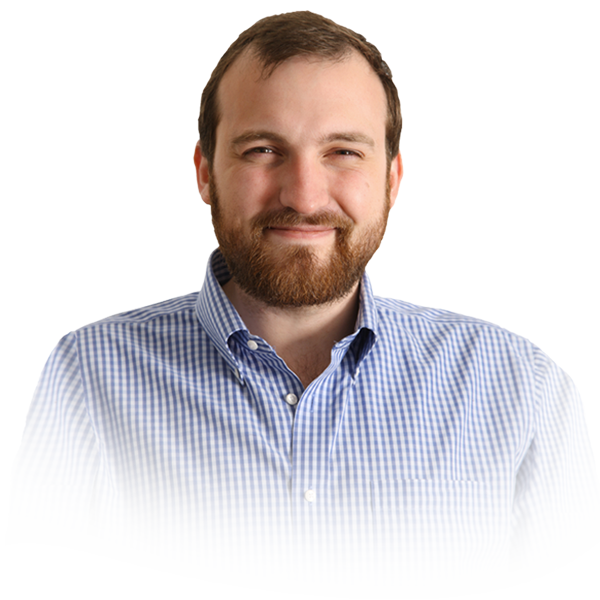 Cardano (ADA)–Cardano and IOHK Founder and Ethereum co-founder Charles Hoskinson has had a substantial impact on the direction of cryptocurrency. From his position in getting the second-ranked cryptocurrency by market capitalization up and running, to his creation of the Input-Output Hong Kong organization, which created Cardano ADA, Hoskinson has had has finger on the developmental pulse of the industry.

Speaking on the YouTube Channel Learn Crypto in an interview published Friday, Hoskinson gave his opinion on the Ethereum Classic (ETC) currency, a hard fork from Ethereum (ETH) which in part led to the creation of Cardano. Following his departure from the group of original Ethereum founders, a relationship that did not end 100% amicably, Hoskinson joined the Ethereum Classic team in 2016 to help guide the coin following its hard fork from ETH. The primary difference between ETH and ETC is that the latter promotes the idea of unrevisable, immutable blockchains. Following the The DAO hack, which essentially split the community of Ethereum, ETH Classic miners continued to trawl the original ETH blockchain–as opposed to participating in the new blockchain that returned ether to impacted investors. At the time, the move was hailed by equal parts admiration and derision. ETH supporters saw the move as a way to counteract the illegal theft of a hacker. ETC proponents felt that, while the hack was not to be celebrated, it was constitutionally wrong to the currency to revise the blockchain under any circumstance.

Hoskinson joined with the latter of the two, telling Learn Crypto,

“So…  I put my name brand and reputation on Ethereum and you know I went my own way but I still believed in this whole philosophy of the system.”

He goes on to expound upon his support for Ethereum Classic over ETH,

“I felt that you can’t go raise 18 million dollars and market something one way, and then when it’s inconvenient to you, you go change the terms of sale without the consent of the customer, and not a lot of customers participated. I think the vote was less than 10% participation and there wasn’t lot of time and it was just a knee-jerk decision.”

Hoskinson tells more about the conception of Ethereum Classic, speaking on the ease of which a developer can create a fork of a currency. However, he also relates how his experience with ETH and ETC set him up for the creation of IOHK and the Cardano ADA currency that followed. In particular, he highlighted the importance of currencies focusing on scalability, a feature that Cardano has been pushing for some time, in addition to higher TPS and a growing user base,

“Cardano’s trying to cover all three areas. So we started 2015 it was basically just a collection of concepts. We get about three years of research and development and now we’re in a position where we think we have a pretty good shot at being able to pull it off.”

Further Comments on Ethereum and Bitcoin

In May, Hoskinson made somewhat controversial headlines when he called into question the massive market cap ascribed to Bitcoin and Ethereum. While not outright calling the currency worthless (as some outlets have run with), the IOHK CEO did find fault with what Bitcoin and Ethereum have done, or are in the process of doing, to deserve their spot at the top of the industry’s market capitalization,