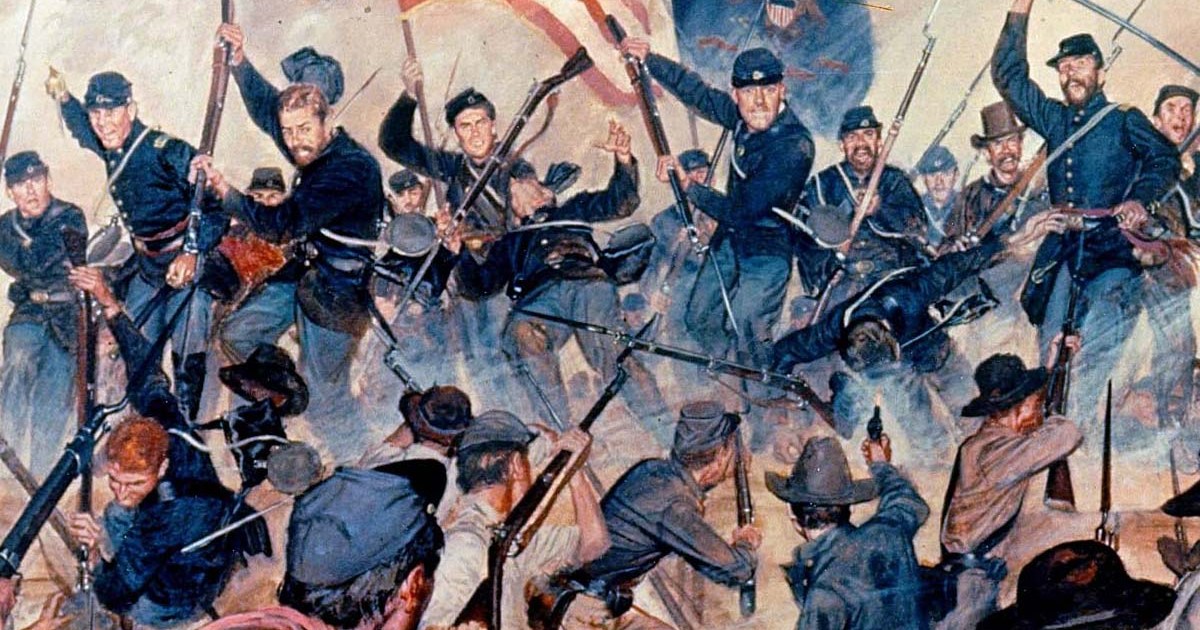 Craig Wright to Roger Ver: “You Are My enemy. You Have F*cking No Idea What That Means”

Basically, there are two factions with different ideas: The Bitcoin ABC camp has the clear majority of supporters (10 to 1 according to Ver estimates) and Bitcoin SV (Bitcoin Satoshi’s Vision) which is mainly supported by Craig Wright and Mr. Calvin Ayre. Roger Ver is a fervent backer of Bitcoin ABC.

Apparently, Roger’s decision outraged Craig Wright who sent a threatening email to Ver. In the video, Roger Ver shows what appears to be a screenshot of the email mentioning the threats and insults that Wright wrote to him, among other things for questioning whether he was Satoshi Nakamoto:

“If you want a war…
I will do 2 years of no trade. Nothing.
In the war, no coin can trade.
If you want ABC, you want shitcoins, welcome to bankruptcy.
It was nice knowing you.
Bitcoin will die before ABC shits on it. I will see BCH trade at 0 for a few years. Will you?
Side with ABC, you hate bitcoin, you are my enemy. You have fucking no idea what that means.
You will.
I AM Satoshi. Have a nice life. You will now discover me when pissed off.
And, no. You Could have had proof. Your choice.
Fuck you,
Craig” 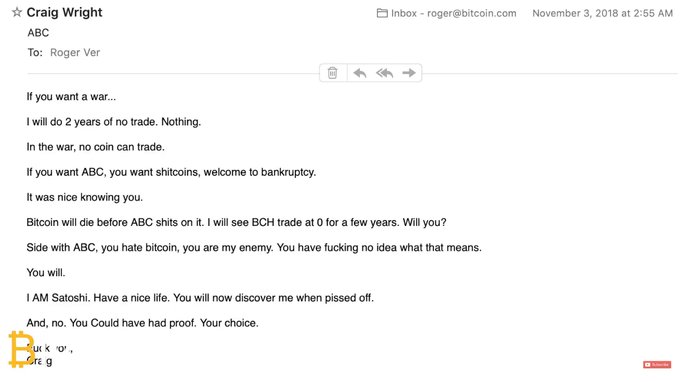 According to Roger, Craig’s immature attitude is a far cry from the civilized, objective manner in which Calvin Ayre addressed him in an e-mail acknowledging that there is a divergence of opinion between the two:

“(What Craig wrote is) not the sort of thing that a forty-something-year-old man, that a mature businessman would say.
In contrast, Calvin Ayre I like. Calvin ayre sent me an email where he writes there was disagreement here, and he said something along the lines: Roger, whenever you’re ready to rejoin the camp that supports economic freedom, we are here; we’re ready for you …
That seems like something a sane person would say.”

He went on to criticize Wright’s personality, pointing out that he agrees with Vitalik Buterin and his views on Wright’s claims to be the real Satoshi Nakamoto:

“I’ll close this video with a point made by Vitalik Buterin, another one of these absolute geniuses that the crypto-coin ecosystem is so lucky to have: In reference to Craig he said that if it turned out that Craig was Satoshi, it would lower his opinion of Satoshi, (but) it wouldn’t improve his opinion of Craig… And I think I agree with Vitalik on that point.”

“Wright vs Ver” Debate: Is Cryptocurrency Over The Law?

The BCH community has joined the debate, mainly due to Mr. Ver’s ideas that anyone should use crypto coins for any peaceful use, including the use of drugs such as crack.

In such sense, Not only Wright but also a substantial number of users criticize this position since they consider that it is not what Satoshi Nakamoto had in mind, nor it is the noblest use for cryptocurrencies

Why don’t Roger piss off to Monero then? All the mentally ill drug addicts can all fill their boots …..

1) @rogerkver – you are wrong if you think bitcoin gives freedom to buy drugs.

Drugs should be legal, but that's not the way to do it.
If you don't like a law – change it.
If you break the law, you will just be pointed to as the reason to make that law stronger.

I do not like the drug laws we currently have. But, Bitcoin will not go far if it explicitly includes things in the protocol that open up legal liability, and can be seen as enabling unlawful activity. There is a fine line. @ProfFaustus is a lawyer, knows and is right on this!

I watched the video so you don't have to.
Starts out emotional while talking about CSW and reads the email out loud.
11:55 starts unloading the hotel room's mini bar while talking about drugs.
18:40 Says core people were right about being worried about contentious hard forks.