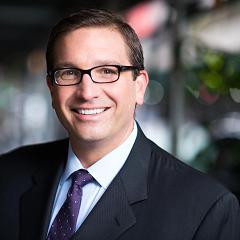 Brian Kelly believes the current ICO market is overvalued. Kelly was commenting on the space of the crypto fundraising ecosystem during a recent interview on CNBC. Brian Kelly is the founder of BKCM, a digital currency investment firm.

The ICO Market is Inflated

According to Kelly, the currency Initial Coin Offering (ICO) market is inflated. Thus, many investors are electing to keep their powder dry concerning getting into the market. Kelly went to say that:

People are starting to say, ‘I’m going to put the brakes on the ICOs right now. I’ve got my portfolio. I don’t need a seventh or eighth ICO. To me, [ICOs are] not as hot as they used to be.

ICOs were something of a revelation in the cryptocurrency industry in 2017. In fact, apart from the meteoric rise of Bitcoin prices, the other significant news throughout the year was the increasing popularity of ICOs. However, despite the popularity of ICOs even attaining much higher levels, Kelly believes the market has become supersaturated. He also described the ICO space as being “frothy.”

The Emergence of Dollar-denominated Crowdsale Campaigns

The BKCM CEO also highlighted an emerging trend that is becoming popular in the industry – dollar-denominated crowdsales. According to Kelly ICOs are being funded with the U.S. dollar instead of cryptocurrencies like Bitcoin and Ether. Kelly explained the reason for the new trend, saying:

Investors are actually looking to buy ether, to buy bitcoin, to buy some of these big protocols, these platforms that everything is being built on.

So, in effect, many people aren’t investing in crypto/blockchain projects because they buy into their key value propositions (if any) but are doing so to obtain cryptocurrency tokens that could later be exchanged for Bitcoin and Ether. Of course, for such a strategy to work, the tokens will have to “pump” considerably and sold off at the right time.

Still only less than half of 2018 gone by so far, yet there have been more than 300 ICOs launched. This number is almost equal to the total number of ICO campaigns launched in the whole of 2018. Despite this development, Kelly isn’t buying into the hype even though crypto crowdsales have accrued more revenue in 2018 than in 2017.

Telegram played a prominent role in the record revenue figures seen so far in 2018. The messaging service carried out a $1.7 billion crowdfunding campaign before canceling it in May. Other projects like TaTaTu, a blockchain-based social media service managed to raise more than half a billion dollars from the sale of its tokens.

The U.S. is Lagging Behind in the ICO Market

Kelly brought up the point that the United States is way behind based on its involvement in the cryptocurrency crowdfunding market. The SEC has increased its scrutiny on ICOs making it difficult for many entrepreneurs to host their campaigns in the country.

Meanwhile, countries like South Korea and Thailand are in the process of clarifying their ICO regulations. This development would mean even increased fundraising activities in Asia.

Do you agree with Brian Kelly that the ICO market is inflated? Have you participated in any ICOs in 2018? Keep the conversation going in the comment section below.