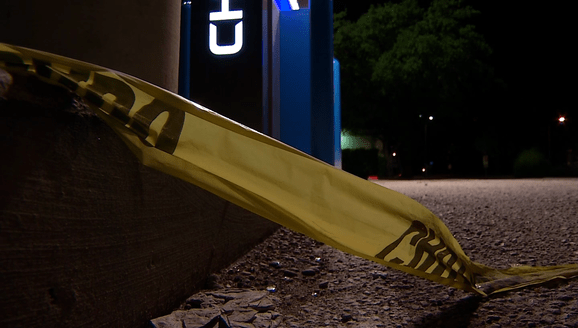 CEO of cryptocurrency exchange Exmo Finance – Pavel Lerner, was kidnapped on December 26th 2017 just when he was leaving work outside the office in Kiev, Ukraine. The head of the exchange agreed to a $1 million bitcoin ransom to be freed.

The case has been discussed all around the crypto-community as it is an example and a lesson giver about privacy and security while both of them are very important in the crypto-ecosystem. Keeping in mind that even the term cryptocurrency is on a popularity surge and let alone bitcoin and digital assets with their values rising, risks of attacks and theft are growing proportionally. Many lead-heads and very famous figures are concerned with the topic of protection and security.

Bitcoin was created in October 2008, when an anonymous person or group by the name “Satoshi Nakamoto” released a whitepaper about the peer-to-peer network and decentralized currency. Even after years of guessing, searching and interrogating individuals, nobody knows who is behind bitcoin. The mystery remains around this fabricated persona. It is reported that Satoshi owns one million bitcoin which is now worth approximately twenty billion dollars. Therefore, it is understandable why the founder kept a secret identity since the beginning. This was an extremely smart decision and now reveals to be warranted, following the story of Pavel Lerner.

In a same manner, The Winklevoss twins did take a strategic maneuver by splitting the private keys and sending them across the U.S. in different banks just to make raise the bar of protection in any case of kidnap or information theft.

The creator of Litecoin Charlie Lee, is very opened up and active on social media and discussions when it comes to the crypto-ecosystem in general. While this gives him a positive image, it also raises the question of privacy and secrecy. It can reveal to be dangerous to be so open, especially as the creator of one of the most popular coins. However, recently the creator of The Silver Coin, has declared that he sold all his holdings in LTC but is still working in the project and backing up the team.  This could be due to security concerns and pressure he might have received. The founder of Ethereum and very well respected figure – Vitalik Buterin, might feel and be in the same position. Having its popularity on such a high level and known to the general public, the mind behind one of the era-changing cryptos is running even a higher risk. These two actors of the cryptocurrency space have security guards, and their assets are extremely secure and well protected.

The unfortunate story of Pavel Lerner is a good reminder that it is extremely important to be private about owned assets and to hold private keys securely. It is important to keep digital currencies out of exchanges, where one does not have private keys, and in wallets, where one does. Andreas Antonopoulos, a bitcoin advocate and expert, says “Your keys, your bitcoin, not your keys, not your bitcoin”. Holding the private keys means the person truly owns the currency. If the individual does not have the private keys, then he or she is not the direct owner of the asset. That is why extreme security and privacy are important as the world moves towards adopting cryptocurrency as a means of payment and storage of value.