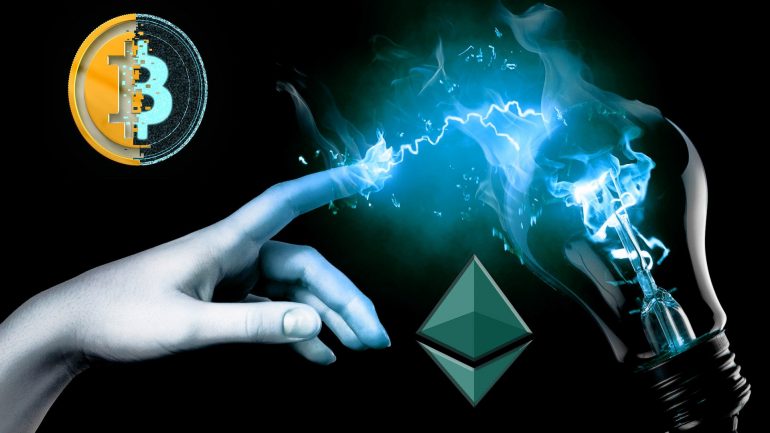 Bytether – a project that is delivering a new way to connect and create a cross-fork between Bitcoin and Ethereun Network. Its a very interesting and intriguing venture even that its use cases and adaptation are yet to be seen.

It almost seems as if everyone wants to fork Bitcoin for one reason or another. This doesn’t mean every one of these forks will be successful or introduce something new, mind you. Bitcoin Cash has made its point very clear and is still around as an altcoin. Bitcoin Gold still has very little support and will conduct a premine of sorts. SegWit2x is around the corner, which may be the biggest challenge for Bitcoin to date. An interesting future awaits as far as that project is concerned.

All the ‘fork developments’ lead us today to Bytether, a different approach towards Bitcoin network compared to everything we have seen until now. It is planned to create a 1:1 cross-chain fork of the BTC Net and ETH Net. Without any clearness on the real purpose of designing the project like this, the team has copied the BTC blockchain and reissued it on Ethereum.

Instead, we will see the creation of the Bytether currency, with a total supply cap of 21 million. This will be an ERC20 token issued without an associated ICO, which is good to see. Moreover, this new token will benefit from all the technical advantages Ethereum has to offer, while maintaining the characteristics of Bitcoin. The team calls it “the new Bitcoin”, which is pretty ludicrous if you ask us.

Users that are planning to get involved at any degree, need first to verify their Bitcoin addresses using MyEtherWallet or Bytether website. After that, they will receive BTH on a one-to-one ratio relative to their ‘BTC goods’ during the cross-fork. On the other hand, those that have their referral codes shared with others, will receive more currency based from the “growth pool”. By far it is not a usual scheme that has been seen before, however that does not mean BTH will grow any value.

Although the Bytether approach can be considered to be rather novel, the last thing we need is another Bitcoin clone. Bytether’s team claims it will do things differently, though, as they want to create a vastly superior currency than Bitcoin ever will be. There is no reason to have a Bitcoin equivalent on the Ethereum network, as that is not what Ethereum was designed to provide – especially not if the entire supply of this new token is created out of thin air and distributed based upon BTC holdings and a referral program.

Whether or not Bytether will succeed remains to be seen. It is an idea very few people will get behind, other than to claim some tokens and potentially take advantage of the referral incentive. Other than that, it remains highly doubtful Bytether will ever be used for anything other than speculation. That alone could make it worthwhile to some people, but the general community will dismiss this idea as yet another attempt to ride Bitcoin’s coattails.