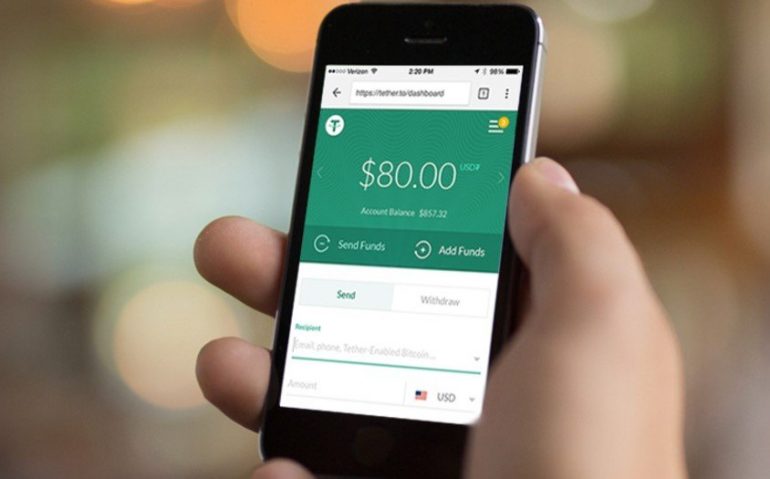 Transform Your Dollars to Crypto-Tokens

The leader in providing tokenized currencies Tether is offering tokenized USD on the Ethereum Network, a service on the second by market cap major cryptocurrency following only Bitcoin. In a simple context – traders, users and investors can change their government supported currencies into tokens which can be used to make exchanges easier and simpler.

On Sep 11 it was announced the launch of the ERC20 Tether tokens in partnership with Ethfinex – a trading platform and information hub on ETH network. If everything goes as planned many delays users very often have to struggle with will be cleared when they have to user businesses and banks services.

“The number of tokens and assets being tokenized on top of the Ethereum platform is growing rapidly, with many proving disruptive to traditional business models,” said Project Lead at Ethfinex Will Harborne. “By enabling all ERC20 compatible applications and protocols to integrate tokenized USD, we expect to see enhanced efficiency and further stability on the Ethereum network.”

So in a nutshell, users will deposit the USD, it will be converted into a virtual currency named “Tether – ₮”. All of the Tether assets will have a name and symbol of their own to represent the trade which later can be used as an aforementioned ERC20 token.

Later on, it is expected the yen and euros will be supported on the platform and network too. TokenCard has been added on the partnership, making it possible for the Tether users to use their tokenized currency on the way that they are want like with traditional currencies.

This could be a complete system change and how we see or use cryptocurrencies and the tokens. Ethfinex did put out a very important target that the partnership has ahead: developing currencies that could be very simple and usable by users on everyday events in their daily life.

“We believe this development will not only open up the world of cryptocurrencies to more mainstream consumers, but also set the standard, and encourage other companies to be more innovative and accessible in their product and service offering at this pivotal time for money and payments,” said Tether co-founder Craig Sellars.

Blockchain technology in general is changing how things got done until now like the way we vote, entertainment industry, improved air travel and so on. If everything rolls out as planned for companies like Ethfinex, Tether and so on – the understanding and use of money could change entirely.