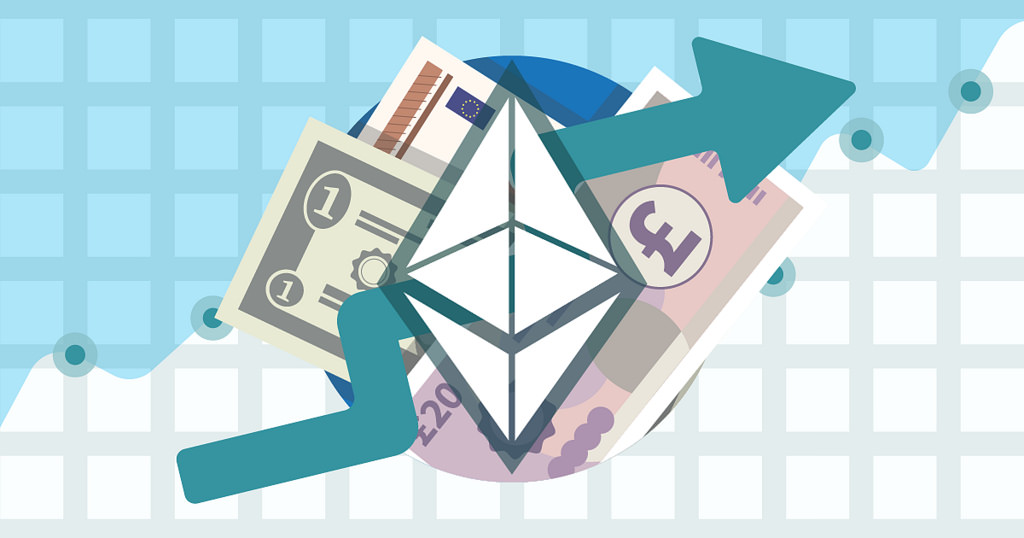 Finally, after a disappointment, Charles St. Louis has published a Constantinople postmortem report. Constantinople, as you may be aware by now, is the third upgrade in the Metropolis leading to the “ideal” Ethereum where consensus will be proof of stake complete with layer two solutions as Plasma as well as infusion of privacy features via ZK-SNARKs as Vitalik proposes.

According to Charles, after deliberation and learning from past mistakes, developers should in readiness of Feb 27—or block height 7,280,000 adopt a proactive approach. The easiest way of doing this, he recommends, is to assemble a team of technical writers who can quickly push out a write-up detailing what should happen if a flaw is found but neglected by the team.

Secondly, Charles’ team noticed that like all upgrades, full node preparation before a hard fork is tasking and often collaborative. Therefore, to avoid inconveniences, the team proposes mechanical kill switch—through a command line preventing any full node from upgrading. This kill switch will prevent auto upgrades which can be catastrophic especially if the new update is bug ridden.

Third, aware that FUD can be disastrous to price, the team is suggesting the creation of an emergency communication team preventing media houses from being the first to release important updates during or after the upgrade.

On to the charts and the leak on ETH is visible. By yesterday, sellers were able to cancel and subsequently bin our bullish proposal after ETH dropped from around $120 to $104 in hours. Regardless, our short-term trajectory is clear and as long as ETH prices are oscillating above $70 or Dec 2018 lows, bulls have a chance. All the same, we realize that the short to medium term trajectory of ETH depends on where prices close at. 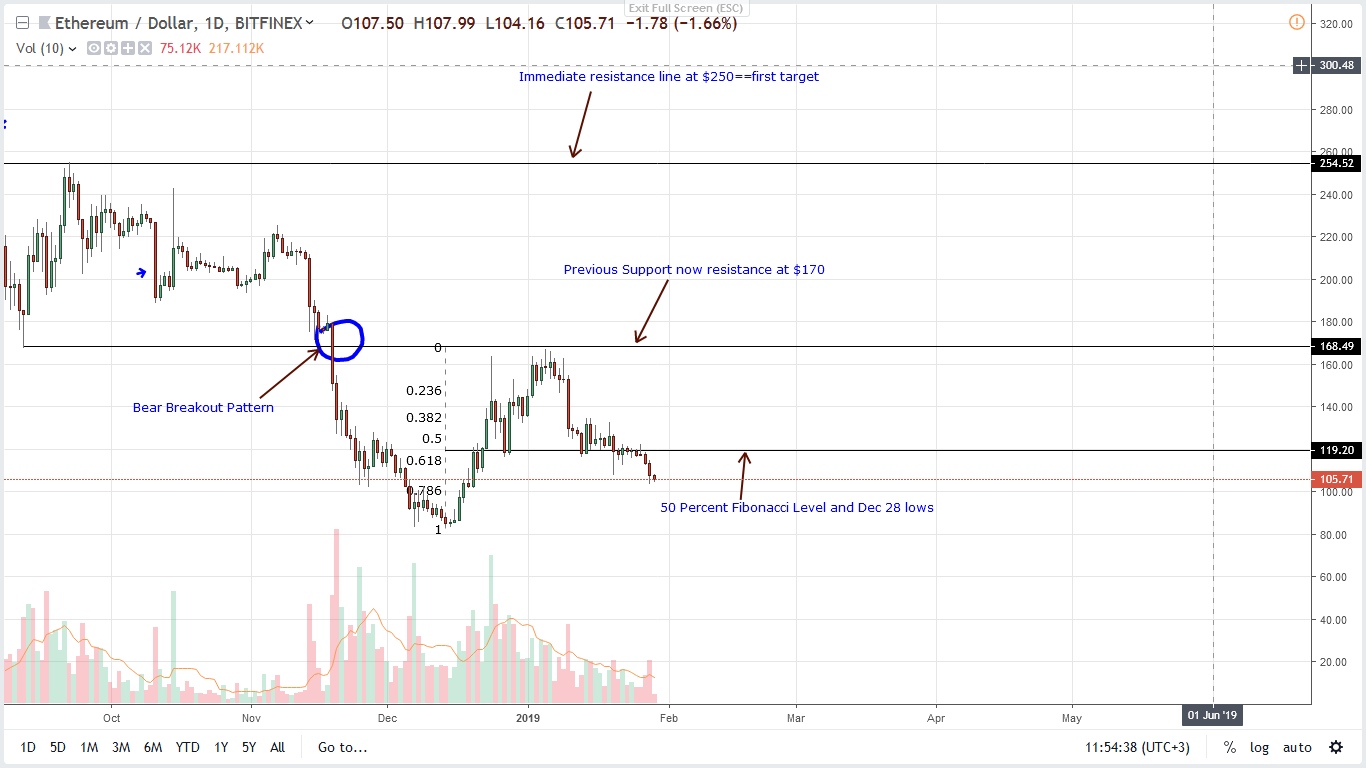 There are two lenses we can use to analyze ETH. On one end, long-term traders can argue that sellers are in charge and the previous rally and failure of bulls to close above $170 did complete the second phase—the retest–and ushered in the third phase of a classic bear breakout pattern, the trend resumption. This argument is true.

Alternatively, another approach is to view the expansion from mid-Dec to early Jan as a short-term bullish trend. As such, the $100 mark will play a critical role as a round and psychological number. Like before, ETH reversal is depends on today’s close. Should a double bar bull reversal pattern print by today, then the second analysis— short-term bullish approach—will be valid. In that case, ETH may retest $170 before Constantinople activation.

If anything, our bullish stand is valid. As the last conspicuous bar to print below a series of lower lows, Dec 24 bar is important. Marking bulls was a spike in market participation—1.28 million versus 591k averages.  Therefore, for bears to be in charge, we should see renewed vigor with breaks below $100 or $70 accompanied by abnormal volume surges above current averages of 234k or above Jan 10 of 684k. Conversely, bulls would only be in charge if the rally above $135 is backed by high volumes above 684k. Before then, in an effort versus result scenario, bulls technically have an upper hand.