Ethereum Pumps as SEC Official Says Ether is Not a Security

William Hinman, a top official of the United States Securities and Exchange Commission (SEC) has recently declared that Ether (ETH) is not a security. Hinman disclosed this at an All Markets Summit organized by Yahoo Finance on Thursday, 14 June 2018.

Ether is not a Security

According to Hinman, Ether is not security. Hinman is the director of the corporate finance division at the SEC. The SEC director declared that based on federal guidelines, ETH could not be classified as a security. Commenting on the status of the cryptocurrency, Hinman said:

When we think about how ether today is operating, at least, we see a highly decentralized” network, not the type of centralized actor that characterizes securities offerings. In its current state, we don’t see value regulating it. 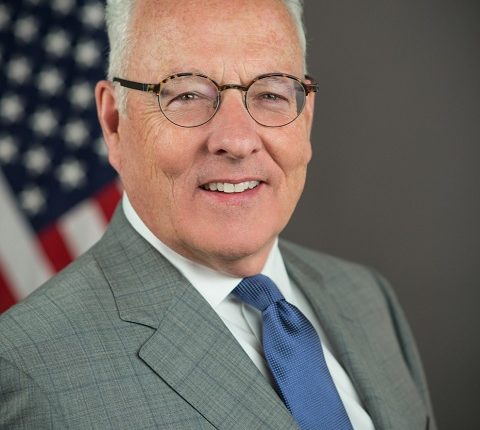 Despite his characterization of ETH as not a security, Hinman cautioned stakeholders to understand that asset classification is not a static issue. Referring to the cryptocurrency itself, he described it as an “evolving coin.” Hinman also said that Bitcoin is also not a security. This statement echoes the declarations made by SEC chairman Jay Clayton during a recent CNBC interview. According to Clayton, cryptocurrencies like BTC that can be used to replace fiat, cannot be regarded as securities. At the time, Clayton refused to comment on specific altcoins when pressed by CNBC’s Bob Pisani.

What Does this Mean for ICO Tokens?

ETH might not be a security, but the SEC doesn’t seem to be extending that same classification to ICO tokens – many of which run on the Ethereum blockchain. Commenting on ICO tokens, Hinman said that digital currencies that claim to be utility tokens still function as investment assets and can be sold as a security. It is the SEC’s mandate to regulate the offering and sales of such assets. According to Hinman, merely labeling a token as a utility doesn’t make it not to be a security in the eyes of the SEC.

According to Clayton, ICO tokens are securities. Thus, the SEC has been on the warpath with ICOs since late 2017. A group of Silicon Valley-based cryptocurrency stakeholders recently initiated lobbying efforts in Washington, to prevent the characterization of all ICO tokens as securities. The fear is that such an occurrence would be inimical to the growth of the nascent industry.

WOW – ether is not a security, says SEC. this basically opens the door for every ICO to claim they are not a security. CRAZY.https://t.co/qyr66J7NUw

Naturally, the reaction on social media to the news has been considerable with many commentators airing their views. A lot of the comments center on the fate of ICO tokens in light of Hinman’s declaration as well as how the new will affect the price of Ether. 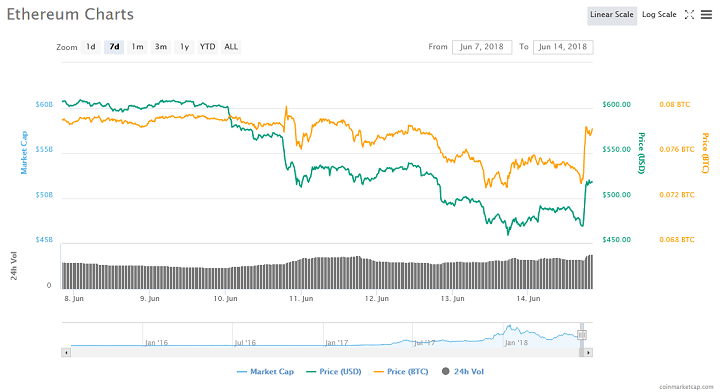 In the few hours since the news broke out, ETH has spiked by more than nine percent taking it above the $500 mark. The price of Ethereum had previously dipped below $500 on June 13 as the cryptocurrency market declined over the last five days. Analysts like Brian Kelly believe the introduction of ETH futures is imminent.

If Ether is not a security, does this give legitimacy to ICO tokens running on the Ethereum blockchain? Will other altcoins like Ripple (XRP) be characterized as not being securities? Keep the conversation going in the comment section below.