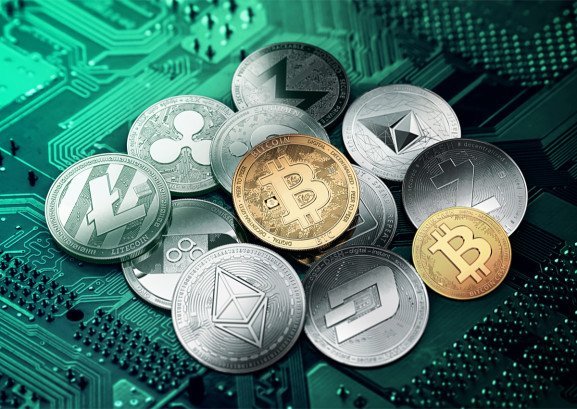 In late 2017, Bitcoin and the cryptocurrency market stole the headline in the global business scene. BTC price reached an all-time high (ATH) in mid-December 2017 prompting a mad rush into the market. However, sentiment seems to have died down significantly with the price of BTC losing more than 60 percent since the start of 2018.

Some critics say that the crypto-honeymoon is over. However, anyone familiar with the market knows that it passes through bear and bull run cycles. The following are five reasons given by experts to support the claim that it isn’t too late to invest in the market.

Almost every savvy investor will say that bear markets present a golden opportunity to buy assets for a much lower price in preparation for the next price upswing. Bitcoin is for all intents and purposed the quintessential bear market of 2018.

BTC is currently trading at $7,380 which is still way off its 2018 high of $17,500 in early January. Bitcoin has declined by more than 70 percent on more than one occasion after which the top-ranked crypto always returned to set a new ATH. According to the CEO of Blockchain Developers, Dean Anastos, there is a good chance that Bitcoin will experience another price push that will see it achieve a new ATH. 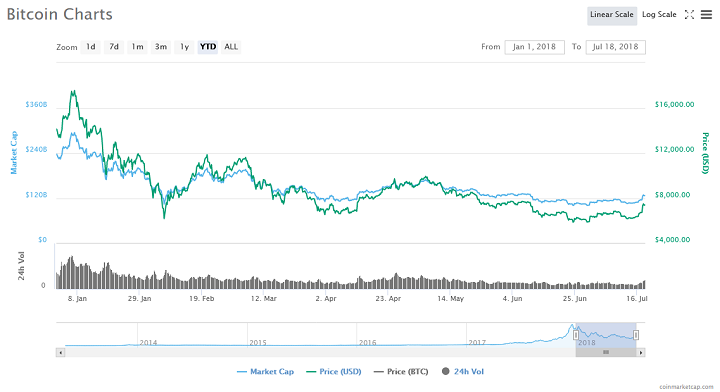 The slow pace of development on the regulatory front has been identified as a reason for the 2018 cryptocurrency bear market. The year started off with negative policies in India, South Korea and concern from the United States.

However, since the middle Q2 2018, there has been a noticeable softening of some of these negative policies. South Korea is considering legitimizing ICOs once more, and Malta has taken giant strides in establishing itself as a crypto-friendly country. Commenting on the positive regulatory news so far, Myntum founder and CEO, Kevin Barry, said:

The SEC’s announcement that cryptocurrencies like Bitcoin are not securities is a welcome development and will allow for additional mainstream investment. Individuals and businesses can now purchase cryptocurrencies knowing that they are not purchasing a security.

The influx of Institutional Investors

One of the direct consequences of clearer regulations is the influx of institutional investors into the cryptocurrency market. Crypto firms like Coinbase and Gemini have been creating useful products for big-money investors. 2018 has also seen an increase in custodial tools for virtual currency assets.

According to Patrick Gray, the CEO of HashChain Technology:

Major corporations and financial institutions have been investing heavily in cryptocurrencies. These are significant steps taken by some of the most influential companies in the world and a testament to how favorable general public opinion is getting.

The brewing trade war between the United States and China continues to gather steam, leaving many markets in limbo. In the EU, Brexit is yet to be finalized. Ray Youssef, the CEO of Paxful believes that:

With continued U.S. interest rates tightening, it is sure to put downward pressure on gold and traditional safe-haven assets. Crypto could be the one non-traditional investment that performs well in 2018/2019.

If traditional assets are getting riskier to invest in, then now more than ever is the time to consider portfolio diversification. Cryptocurrencies constitute a viable alternative investment class. What’s more, they aren’t tethered to the mainstream market.

Cryptocurrency helps to diversify asset classes, which has been influential for countries that have suffered from hyperinflation such as Venezuela and Zimbabwe.

Cryptocurrency adoption is currently 0.2 percent and has been doubling by 100 percent a year. At this rate, the potential and opportunity over the next ten years are vast. Despite some downturns, that kind of growth potential and growth rate shouldn’t be overlooked.

Do you agree with the opinions of the experts that it isn’t too late to invest in cryptocurrencies? Keep the conversation going in the comment section below.