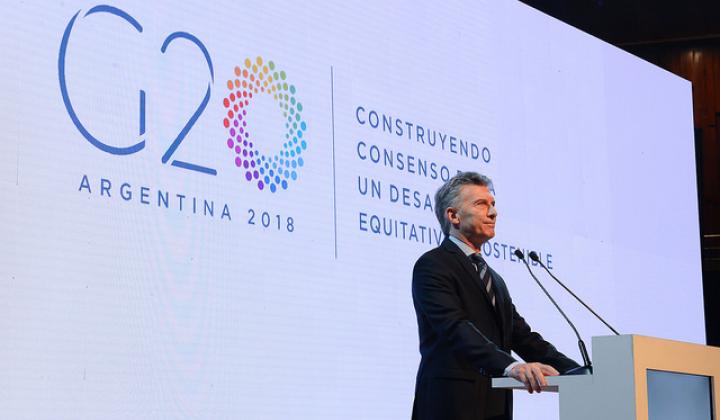 The G20 says cryptocurrencies do not pose a threat to the global financial system. Notwithstanding, the G20 wishes to maintain a careful observance of the emerging market to preventing its use in illicit financial activities. Earlier in the month, the Financial Stability Board (FSB) had issued a press release saying the same thing.

The G20 member states declared their position as part of a communique issued on Sunday (July 22, 2018). According to the communique, the G20 believes that cryptos and their underlying technologies can significantly benefit diverse sectors of the global economy. Many experts believe that blockchain technology can be applied to solve problems in different areas of the global business process.

Crypto-assets do, however, raise issues with respect to consumer and investor protection, market integrity, tax evasion, money laundering, and terrorist financing. Crypto-assets lack key attributes of sovereign currencies. While crypto-assets do not at this point pose a global financial stability risk, we remain vigilant.

In a recent letter to the finance ministers and central bank governors of G20 member states, the FSB had given the same assessment. The FSB also announced that it was working in collaboration with the Committee on Payments and Market Infrastructures (CPMI). The two agencies aim to create a robust, standardized framework for monitoring cryptocurrencies. In the lead up to the G20 summit of March 2018, FSB chairman, Mark Carney told the G20 that Bitcoin and other cryptos didn’t pose any threat to global finance as well.

Earlier in the year, Japan called on the G20 to look into the use of cryptocurrency in money laundering and terrorist financing. It appears the Group is now seriously making efforts towards establishing a standardized monitoring framework to combat the use of cryptos in illegal financial activities.

According to Sunday’s communique:

We [the G20] welcome updates provided by the FSB and the SSBs and look forward to their future work to monitor the potential risks of crypto-assets and to assess multilateral responses as needed. We reiterate our March commitments related to the implementation of the FATF standards, and we ask the FATF to clarify in October 2018 how its standards apply to crypto-assets.

Do you agree with the G20’s assessment of the emerging cryptocurrency market? Keep the conversation going in the comment section below.