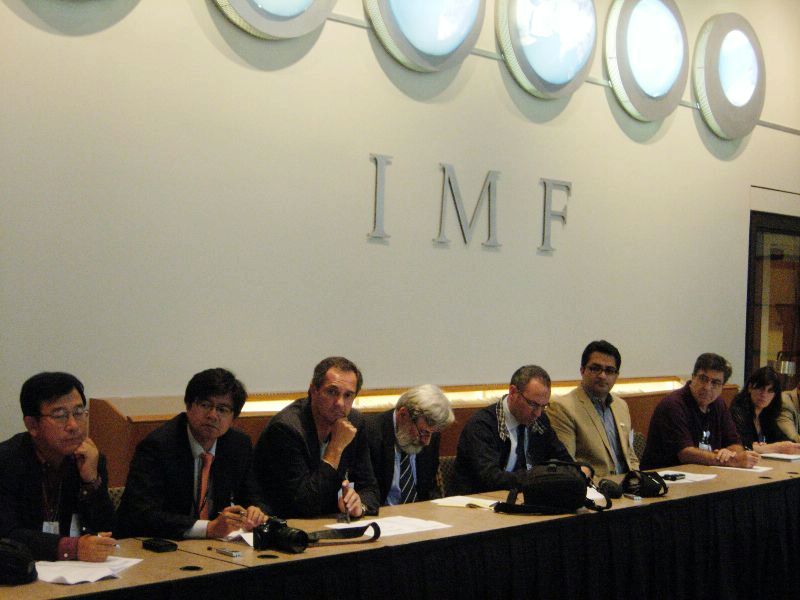 Crypto analysts predict that global trade will eventually run on the power of cryptocurrencies. This would severely affect the trading model for banks. Most of these financial institutions have preferred to bury their heads in the sand to the coming disruption. The International Monetary Fund’s position on crypto is rather peculiar. The Fund seems more at home than other banks with the change coming to the industry.

A new IMF paper has said that bank and cash deposits could be kicked to the curb by digital currencies. The document specifically mentions fiat pegged cryptos as the perfect replacements for traditional currencies. The July 15, Fintech paper titled “The Rise of Digital Money,” explores tech firms competition with the established banking and credit card companies.

On the paper’s introduction, the authors write:

“Digital forms of money are increasingly in the wallets of consumers as well as in the minds of policymakers. Cash and bank deposits are battling with so-called e-money, electronically stored monetary value denominated in, and pegged to, a currency like the euro or the dollar”.

The IMF’s Optimistic View on Stablecoins

The paper goes further to elucidate the risks as well as the benefits that will arise with the mass adoption of stablecoins. It further broaches the potential of digital currency monopolies. The IMF also warns that fiat is in for the race of its life. The fierce competition stemming from crypto could eventually surpass it.

Christine Lagarde, the Managing Director of the IMF, has been supportive of blockchain technology in the past. She has said that blockchain innovations will shake the world of traditional finance. In an April 10 CNBC interview, on “Money and Payments in the Digital Age,” she noted that some central banks were beginning to embrace blockchain’s potential.

She, however, reiterated that trust and stability were vital in the use of blockchain in finance. The IMF chairperson also said that these aspects would keep the industry stable. As expected, she has called for regulation in the cryptocurrency space.

One digital currency that shares the banker’s view on regulation is Ripple (XRP). It does not come as a surprise that the IMF chair has in the past affirmed both Ripple and Circle. Ripple has significant partnerships with some of the world’s largest banks and central banks as well.

The US Lawmakers Fight Facebook’s Stablecoin

Both financial institutions and governments alike are beginning to face the reality of digital currencies. Some world governments, nevertheless, have decided to put a foot down on their proliferation. The US legislature has proposed to ban technology firms from venturing into the space.

The draft legislation titled “Keep Big Tech out Of Finance Act” says that tech firms with annual revenues beyond $25 billion will be restricted from creating their digital currencies. This debate has flared courtesy of the Libra, Facebook’s stablecoin.

Libra’s 2020 launch now lies in the balance as the House prepares to debate the draft law. The social media giant, in partnership with its 28 partners, has formed the Libra association to govern the token. The draft bill would hinder the function of the Libra Association since in its essence it would be acting as Libra’s central bank, but without the law to back it.

Unlike the IMF, that is acknowledging a future with crypto, US President Donald Trump has shilled the dollar as the future. He, in turn, said that digital currency’s value was “based on thin air.”