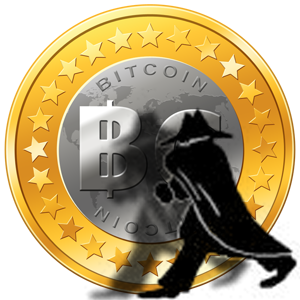 According to Infante, the ratio between legitimate and illegitimate uses of Bitcoin and cryptocurrencies has flipped in the past five years. Speaking to Bloomberg, Infante, a member of the DEA’s special 10-person Cyber Investigative Task Force said that illicit activities used to dominate the crypto space. According to Infante, in 2013, almost 90 percent of crypto transactions was for illegal purposes.

While the decrease isn’t an indication of criminals moving away from crypto, Infante declared that its use no longer overshadows that of retail investors. According to Infante:

Cryptocurrency is the Native Currency of the Dark Web

Cryptocurrency remains the de facto currency of choice for transactions in the dark web. BTC first caught the public eye during the Silk Road investigation which shed light on the digital currency’s use in illegal activities.

According to Infante, criminal organizations are using cryptos more often to launder money due to the speed of the transactions as well as the absence of paper trails. Criminals tend to find such conditions favorable for keeping their dealings under the radar.

Criminals Can Keep on Using Bitcoin

However, Infante isn’t the least bit worried about the trend, saying:

The blockchain actually gives us a lot of tools to be able to identify people. I actually want them to keep using them.

Despite the anonymity of cryptocurrency transactions, it is still possible to track the movement of funds. Bitcoin, for example, uses an immutable public ledger. Thus, it is easy for the DEA or any other department of justice agency such as the FBI or ATF to trace funds.

While there are privacy-focused cryptos like Monero and Verge, they aren’t as liquid as Bitcoin, making them unsuitable for the needs of criminal organizations. Infante also revealed that even if criminals elect to use these privacy-centric coins, government agencies still possess the capability to track the funds.

What do you think about the revelations made by Infante? Keep the conversation going in the comment section below.