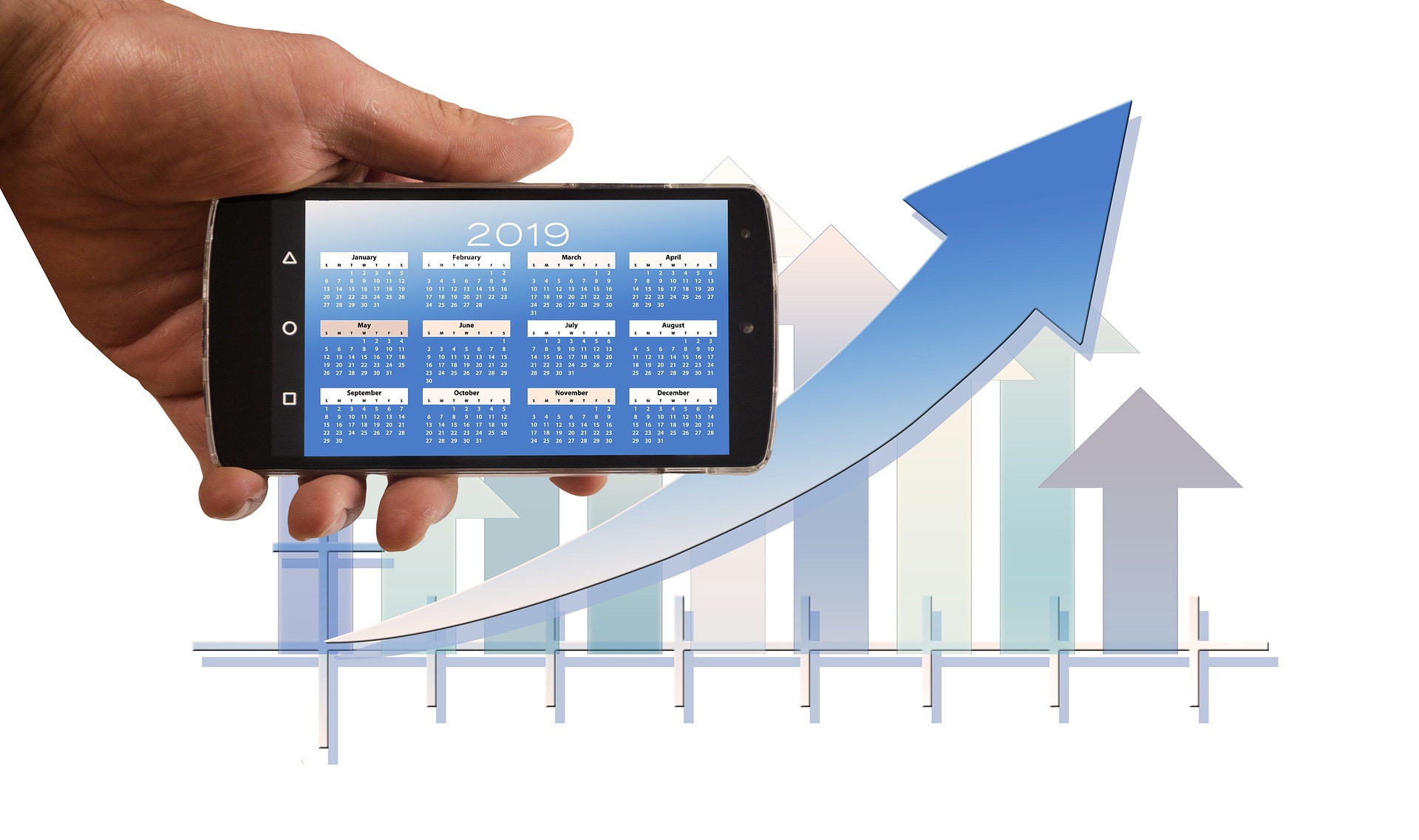 A lot have been said about the IOTA and how the creators plan to shape the IoT world. if indeed their objectives come to pass then this platform will be one of the most interesting innovation to ever emerge from the space. But even in the midst of this excitement, investment channels are limited—you can only buy or trade IOT at Binance or BitFinex. On top of this, there are centralization claims behind IOTA’s main innovation, the Tangle.

The Tangle is a blockless ledger that is scalable, light fee and where users can transfer funds for free. Within IOTA, consensus is intrinsic. In fact, it is part of the whole process that creates this self-regulating, peer to peer network that the foundation say is decentralization. However, the system runs on a centralized solution called the Coordinator–which the IOTA Foundation runs.

The coordinator is what prevents the MCMC-based algorithm from double spending transactions by issuing pre-requisites for subsequent transaction verification. On top of that, the coordinator protects the network from “large scale attacks” and milestones emanating from this central point determine the direction of the Tangle.

Remember, the IOTA ledger is fashioned like a tree and the security of the network depends on the number of tiny proof of works that propagate from the genesis node. Now, considering the heat and the criticism that the Coordinator is what gives the IOTA Foundation the power over the network, the foundation is researching different ways of safely removing the coordinator in their quest for complete decentralization.

As Coordinator’s alternatives are being sought, IOT/USD is down 25 percent and two percent in the last week and day. Overly, the IOT/USD correction has been deep. In real sense, prices are down +90 percent from 2017 peaks. Even still, we might see some temporary reprieve as prices bounce back from this dredge. This is in spite of prices trending within a clear bear breakout pattern following last week’s close below 50 cents. 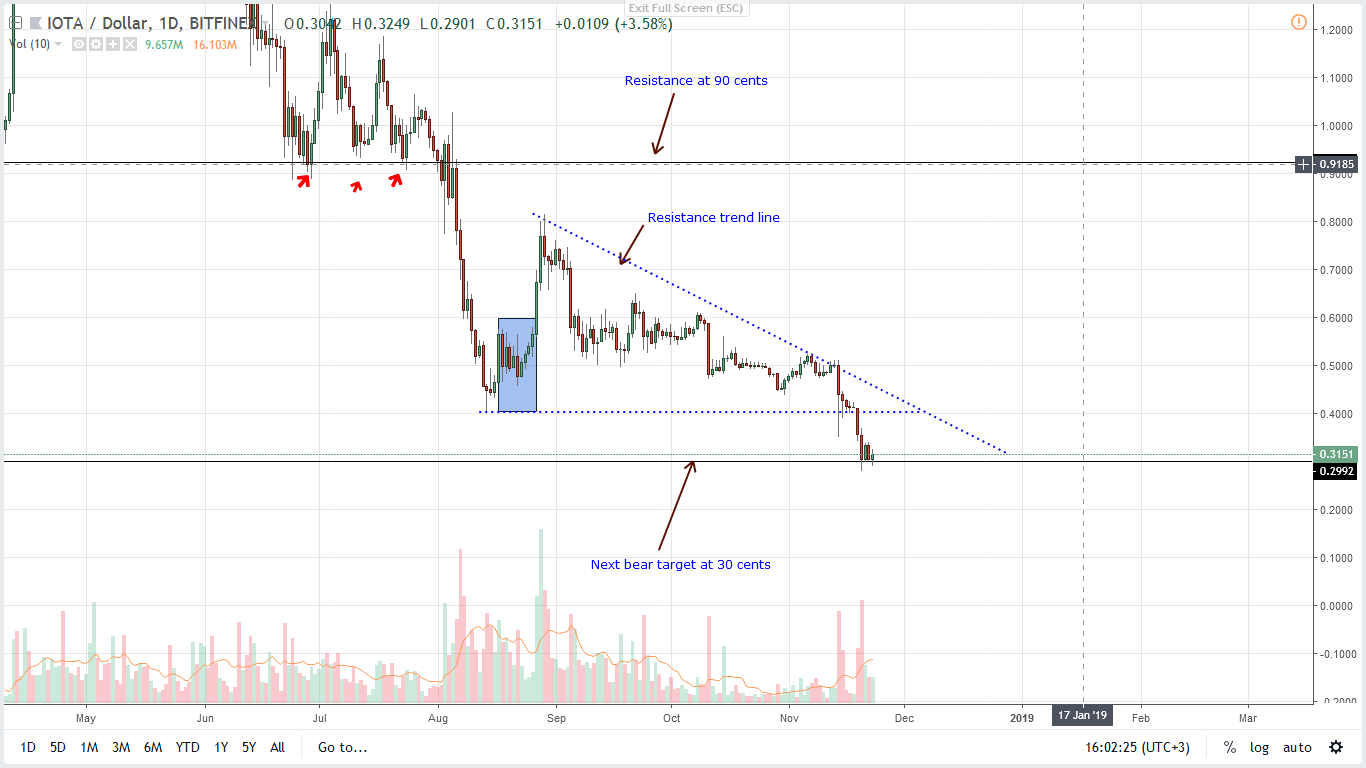 Prices are on a free fall, dropping more than 90 percent from 2017 highs. All in all, these are clear pointers that the path of least resistance is southwards. As long as bears step up then we might see further degradation crashing investor expectations and starving overall participation.

Since the trend is bearish, our interest is on high volume bars that confirm bears of early August. From the charts, there are three bars that are important: Nov 14 bears that lead to drops below 40 cents igniting sells (34m ver. 8m), Oct 11 bear bar rejecting higher highs above 60 cents confirming short term bulls (34m ver. 8m) and lastly the lump of that consolidating bars that led to drops below 90 cents—previous support now resistance.

Thanks to Nov 14 spikes and wide trade range, IOTA/USD sank below 40 cents breaching Aug lows—or main support ushering in a wave of sell pressure. In a classic bear break out pattern, sellers also broke below the bear flag from where mid-Aug to late Nov price action were consolidating in.

Bears are in charge but we expect prices to pull back and probably retest 40 cents before sellers resume trend. There are hints of this happening. Notice that IOT/USD is finding support at 30 cents—an important support level. As long as prices are above this level, aggressive traders can buy IOTA at spot. Fitting stops will be at 30 cents and first targets at 40 cents. Drops below 30 cents invalidates this preview.

This is not Investment advice. Do your own Research.