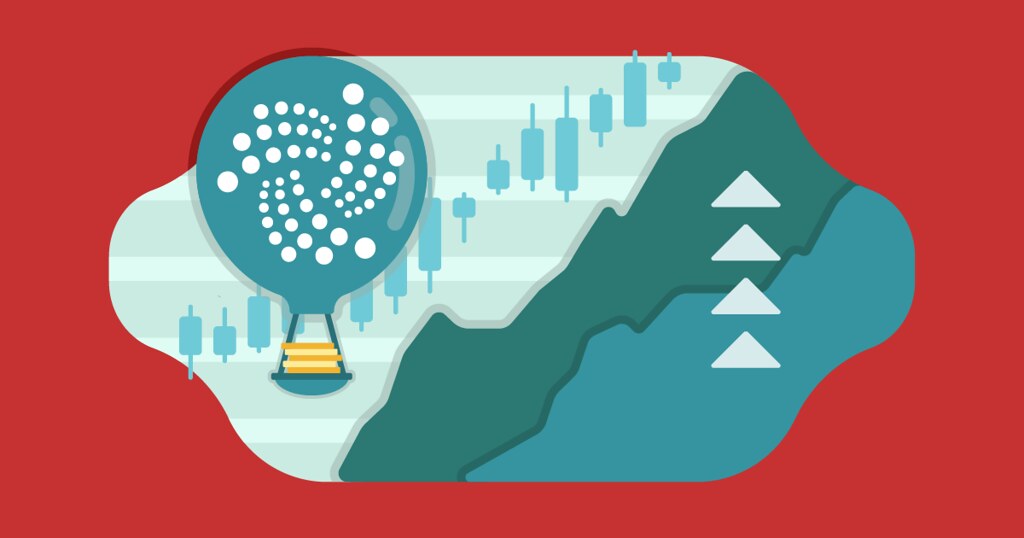 IOTA Rallying by 18,300 Percent to $55 is Possible, Ardent Bull Confident

The IOTA Foundation is behind a project whose objective is to commandeer the world of Internet of Things (IoT). Even so, the coin that will power that revolutionary hyper-connected world is trading at around 30 cents, with billions in circulation and pre-mined. Regardless of price, it’s the possibilities and low competition that supporters are convinced the next bull wave would see the asset’s price spike to $55 when IOTA has control of 10 percent of the IoT space.

According to a cryptocurrency analyst, Taipei Style, IOTA has the potential to surge 18,333 percent to $55 within a tentative time frame—which maybe years upon the complete roll out of 5G internet. In a tweet, the IoT fanatic and an ardent supporter says IOTA says the progress towards domination would happen in lock steps.

Note that the last cryptocurrency market Bull Run in 2017, IOTA reached at an all-time high of $5.25 with a market cap of $14.5 billion. If the cryptocurrency attains that price again, then it would account for 1 percent of the transactions on the IoT space as its market cap retest the $15 billion level. However, that is unlikely and should it happen, then there could be a complete shift with IOTA consensus algorithm first of all functioning as designed and coordicide implementation flawless.

His sentiment comes a few days after another supporter argued that all IoT firms planning to be relevant should begin accumulating IOTA coins. The IOTA bull cites ground breaking tech and a multibillion dollar market that companies are beginning to explore. Although critics argue that IOTA platform is not simply a network and not designed to harvest true value in data like what competing centralized companies—like Amazon Web Services, Google and Microsoft are testing and improving on; the vast market is what would pique investor interest.

It is projected that by 2020, more than 30 billion devices will be connected to the internet of things and the sheer amount of data willing customers will be ready to share could be overwhelming. According to a report by Forbes, the IoT market will likely expand to $521 billion in 2021 with a CAGR of more than 50 percent spurred by increasing connection and optimism by enterprises.

Despite supporter’s projection, IOTA is eons from the $55 mark. As we have stated above, the network’s consensus algorithm would have to function flawlessly, without criticism and centralization.

Then again, IOTA must have strong partners within the manufacturing space as they roll out products with IOTA as facilitators. It’s only when there is complete trust that IOTA could expand to above $55.