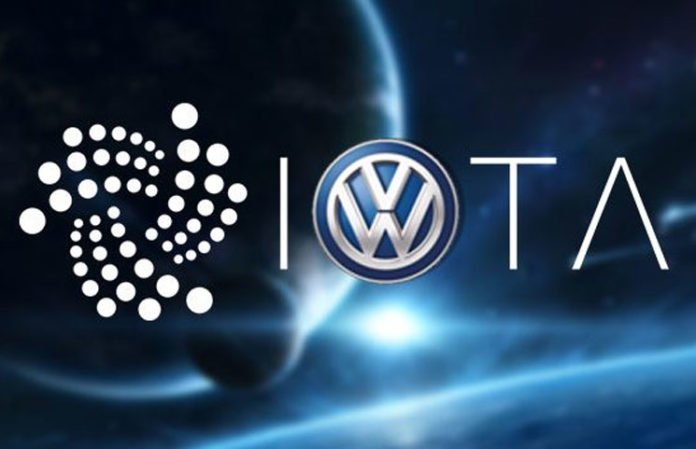 IOTA is moving forward on its way to becoming the evolution of blockchain. Not only because of the concept it implies, but also because of the significant advances, it has made. One of those advances (a PoC project with Volkswagen) will be shown on CEBIT 2018

The future of the Internet of Things seems to be on the way to global adoption. On June 9th, Johann Jungwirth, Chief Digital Officer (CDO) of Volkswagen Group published a tweet confirming the progress in the implementation of IOTA for the automotive industry:

Volkswagen, together with @iotatoken will show at #cebit18 a proof of concept how the trusted transfer of software over-the-air to vehicles can be securely documented using the #tangle. Great example how distributed ledger technology can be used in the future pic.twitter.com/4wuc7pdKfv

The plan is for Volkswagen to use IOTA’s Tangle in a proof-of-concept stage to connect its automobiles to the network through a shared protocol:

Very cool demonstration by #Volkswagen on what Mobility as a Service (MaaS) powered by #IOTApic.twitter.com/32n7yViuDu

IOTA seems to point to the dominance of a market that other traditional DLTs are not covering. Also, IoT could be very lucrative once its advantages are massified. The statistics speak of an estimated of over a quarter billion connected vehicles on the road by 2020:

Gartner has predicted “a huge increase in connected automobiles over the next five years. By 2020, there will be a quarter billion connected vehicles on the road, enabling new in-vehicle services and automated driving capabilities”

Volkswagen is an essential partner for the development of IOTA, so much so that Mr. Jungwirth, besides working for VW is also a member of the IOTA’s advisory board.

The preliminary results of this joint work will be presented at CEBIT 2018, an event taking place from June 11-15. According to their twitter, the team behind the event promote it as “Europe’s Leading Business Festival for Innovation and Digitization.”

The partnership with Volkswagen is of particular interest to both the world of blockchain and the world of motorsport. The Volkswagen group owns several prestigious car brands such as Audi, Bugatti, Bentley, Cupra, Italdesign, Lamborghini, Porsche, Scania, Skoda, SEAT, among others.

Also, Johann Jungwirth has been quite enthusiastic about the future of the industry thanks to the technological development driven through the Tangle protocol:

The Volkswagen demonstration on the CEBIT 2018 is scheduled for June 12. It is expected that in the short term the behavior of the IOTA token will recover despite the strong bearish trend of the cryptomarkets in general.

However; even though this is the expected course of actions, the volatility of cryptocurrencies defies all predictions (both bullish and bearish)

Currently IOTA is quoted at a relatively stable value between approximately 1 and 2.2 dollars per token. A not insignificant figure that places it in the Top 10 of coinmarketcap, fiercely competing with Tron (TRX) with whom it has exchanged positions repeatedly throughout the year.