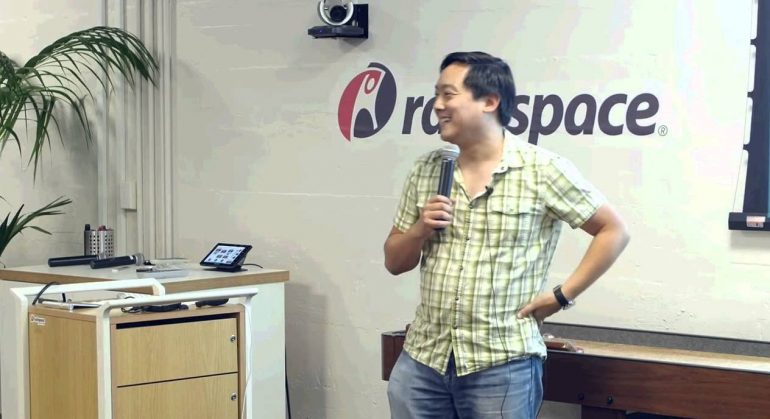 Prominent figure and very respected on the cryptocurrency community – Charlie Lee, Litecoin’s Creator added on the China ban regulation that has taken place stating that there is no reason for panic when it comes to the mining or blockchain network.

On social media (twitter) Charlie Lee twitter out on the relation to the Bitcoin mining ban rumors that are being spread stating:

“have a trusted source that says that there’s no truth to China banning mining or network” and that “the FUD is propagated by large manipulators trying to make money shorting. They know that China ban FUD works and cannot be proven wrong.” 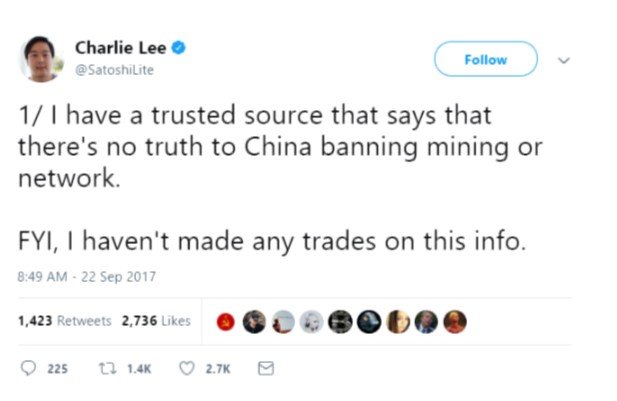 That information was not used by him for any basis when it comes to trading as he stated:

I have not traded this and have no plans to buy or sell in the near future.” He summed up by reaffirming that the exchange ban is still “absolutely true.”

The regulation that took place now has been an extension of that since Nov 2016 that China did, and now words are being flying around that the mining pools and that part of the industry will experience the same termination as exchanges did in China.

Lee joins John McAfee of MGT Capital in his skepticism over the claims made amongst the community that the regulation supposedly coming out of China in the near future will extend to mining.

As John McAfee posted in the same way in twitter that mining will not be shut down. He was consulting with Jihan Wu of Bitmain which had McAfee informed that the Chinese executive had no intention of outlawing cryptocurrency mining.

On the Question if they will be shut down, he answered on twitter: “They are not”.

When it comes to the nation-wide development, it would be of contrary such a regulation to take place. Keeping in mind that just terminating exchanges in the end of Sep and Oct will minor the Chinese market to its fullest compared to South Korea, US and Japan.

As of this moment, all we can do is to wait and see the Chinese officials actions and rely on the optimistic feelings and words of John McAfee and Lee.