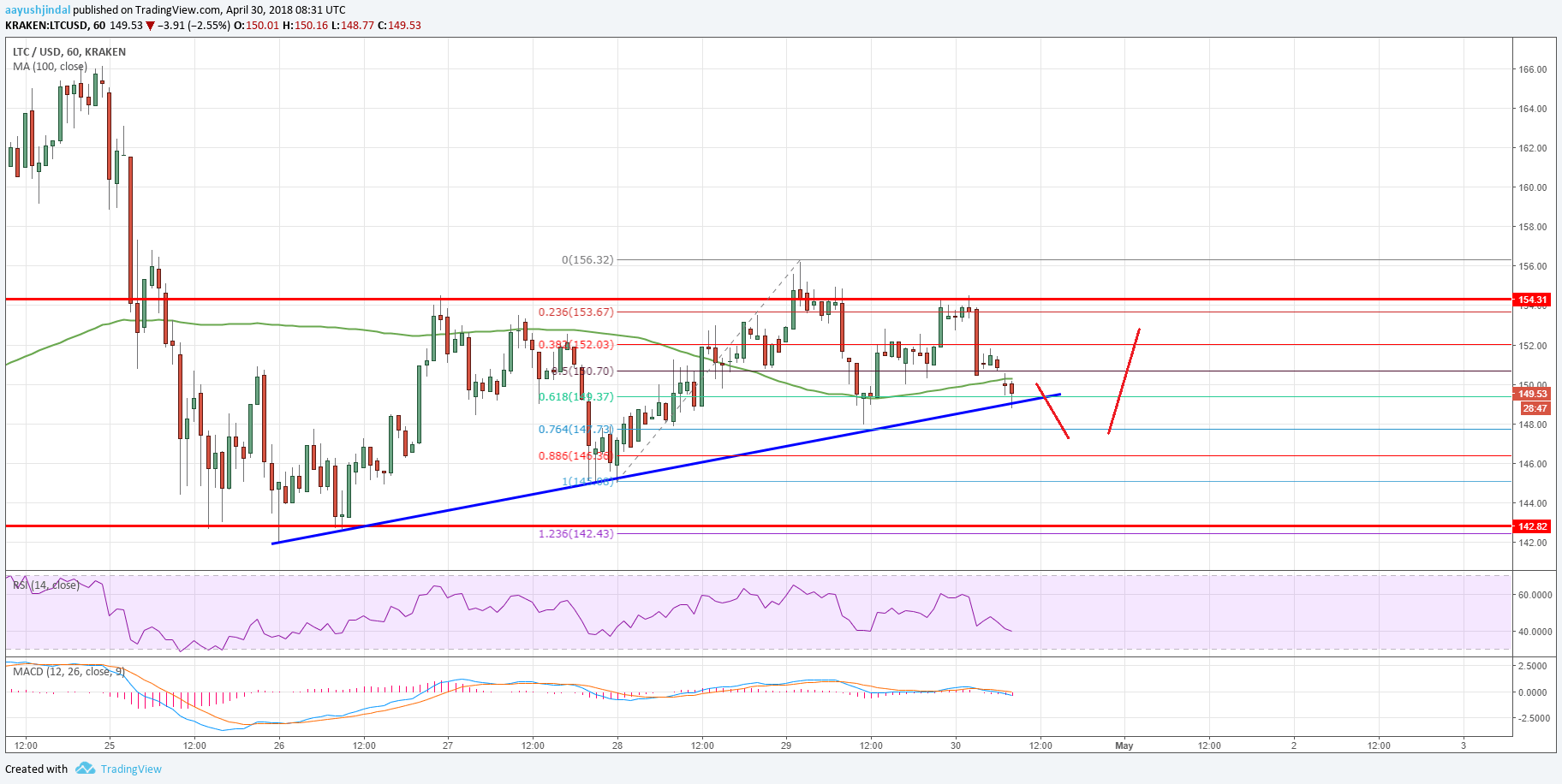 Litecoin price is struggling to break an important resistance at $155 against the US Dollar. LTC/USD may trade in a range before it makes the next move.

The past few sessions were mostly choppy as there was no upside break towards $160 in litecoin price against the US dollar. The LTC/USD pair struggled to gain momentum above the $155 resistance and traded slightly lower.

Looking at the chart, there was a decent support formed near $142 before the price started an upside move. It traded nicely above $150, but buyers could not push the price above the $155-156 resistance zone. 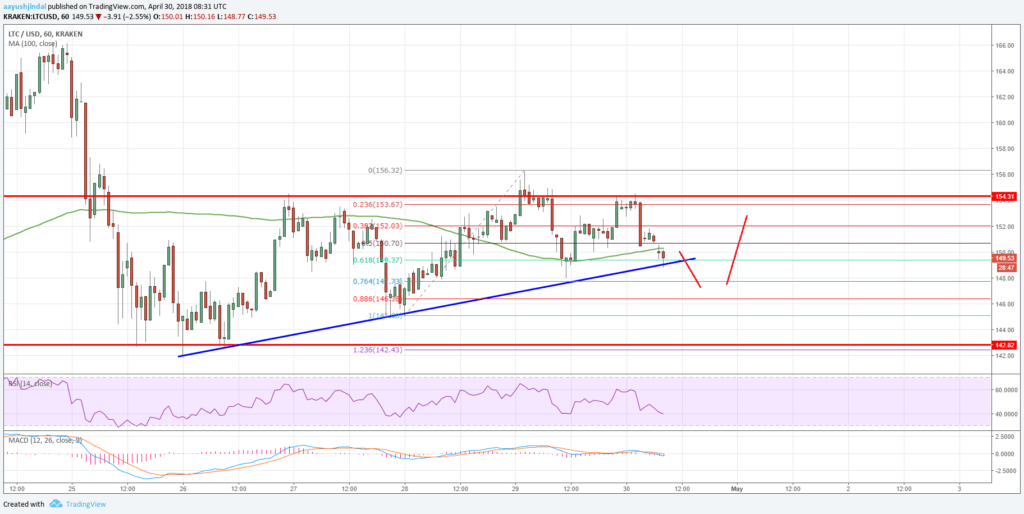 The price recently moved down and traded below the $152 support. There was a break below the 50% Fib retracement level of the last wave from the $145.08 low to $156.32 high. However, the price is currently holding the $148 support.

There is also a key connecting bullish trend line formed with support at $148 on the hourly chart of the LTC/USD pair. More importantly, the price is trading around the 61.8% Fib retracement level of the last wave from the $145.08 low to $156.32 high.

It seems like the price may not hold the $148 support in the short term. It could extend declines and test the $145 level before making an upside move.

To the topside, a proper break above the $155-156 resistance zone is needed for more gains in litecoin in the near term.