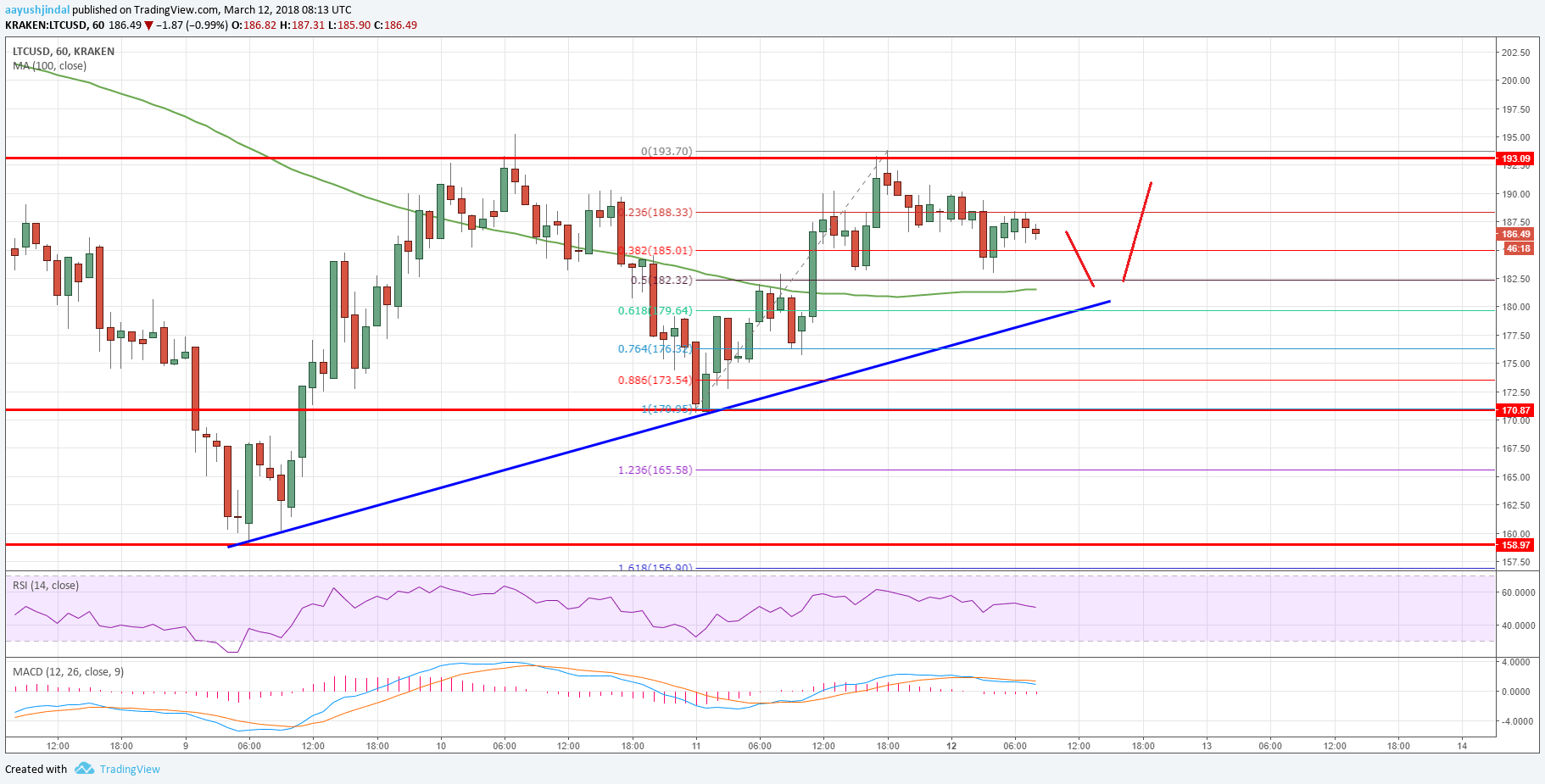 Litecoin price recovered nicely from the $160 swing low against the US Dollar. LTC/USD is currently trading in a range above the $180 support.

After a major decline, there was a decent support formed near $160 in litecoin price against the US dollar. The LTC/USD pair traded as low as $158 and started an upside move. It traded higher and broke the $175 and $180 resistance levels.

The upside move was strong as the price even managed to settle above the $180 level and the 100 hourly simple moving average. It even moved a few points above $190 and formed a high at $193.70.

Later, the price started a downside correction and moved below the 23.6% Fib retracement level of the last wave from the $190 low to $193 high.

The downside move seems to be limited by the $180 support and the 100 hourly simple moving average. There is also a key bullish trend line forming with support at $181 on the hourly chart of the LTC/USD pair.

Moreover, the 50% Fib retracement level of the last wave from the $190 low to $193 high is near $182 to act as a support. Therefore, it seems like there is a decent support base forming above the $180 level.