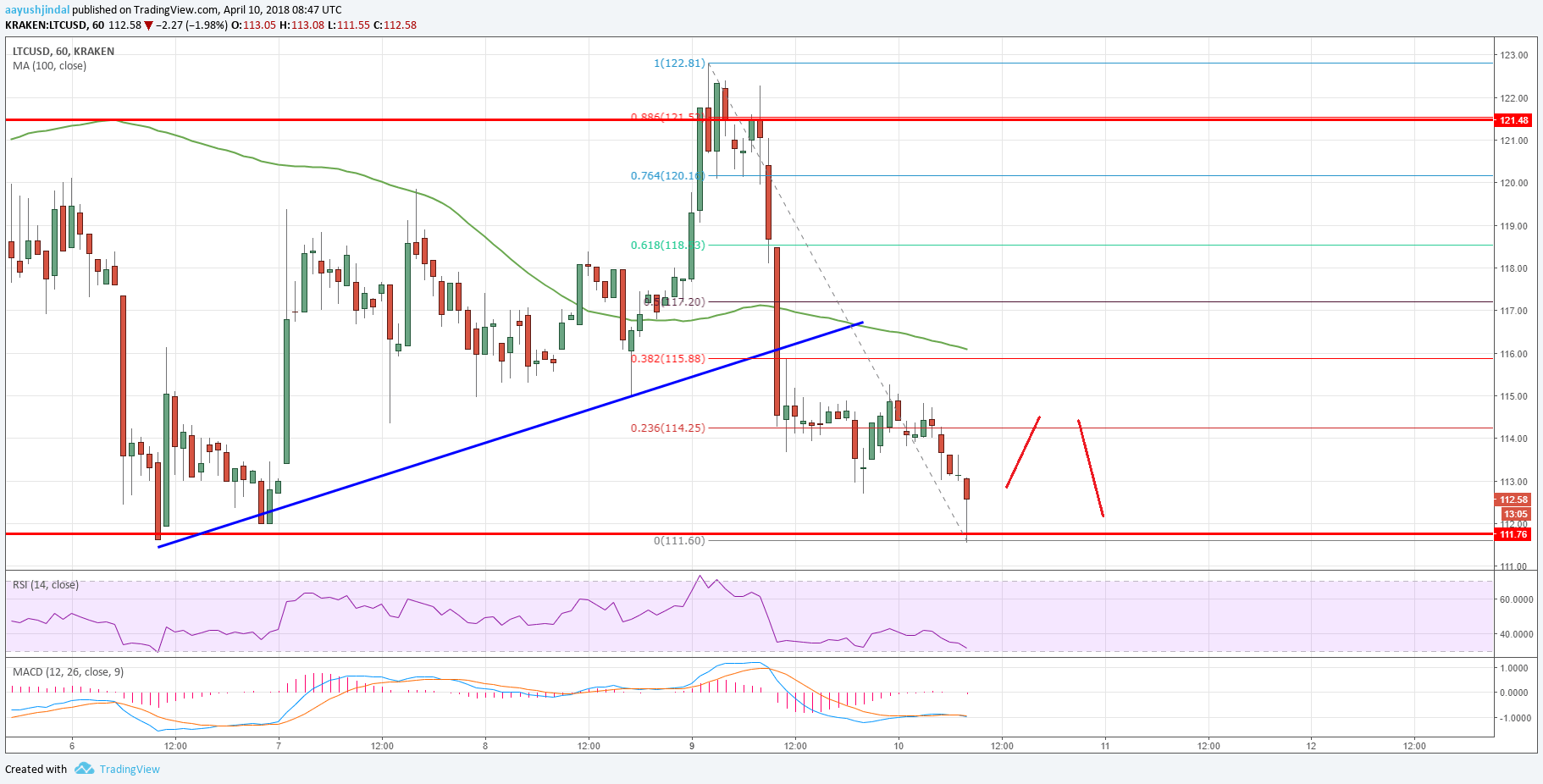 Litecoin Price Analysis: LTC/USD Back to Square One

Litecoin price failed to move above the $125 resistance against the US Dollar. LTC/USD declined sharply and is currently testing the $110 support.

Yesterday, we saw a nice recovery above the $115 level in litecoin price against the US dollar. The LTC/USD pair was able to move above the $120 resistance. 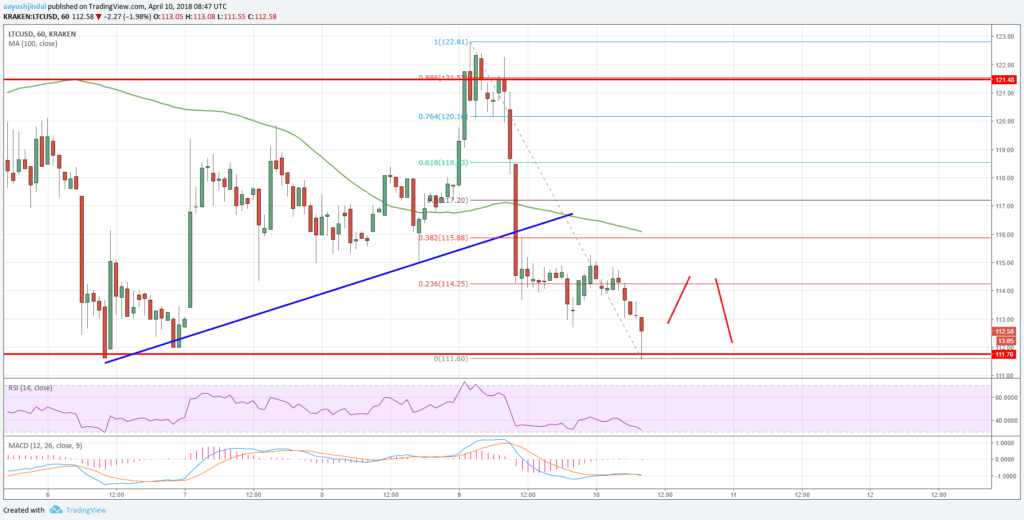 During the decline, there was a break below a connecting bullish trend line with support at $116 on the hourly chart of the LTC/USD pair. The pair also broke the 50% Fib retracement level of the last wave from the $111 low to $123 high.

It opened the doors for more losses and the price even cleared the $115 support and the 100 hourly simple moving average. It tested the last swing support at $111.00 and is currently consolidating above the mentioned level.

A break above the 100 hourly SMA could push the price above the $120 level in the short term. On the flip side, if the price fails to correct higher, it may perhaps break the $110 support.

Below $110 support, there is a risk of slide back towards the $100 handle in the near term.