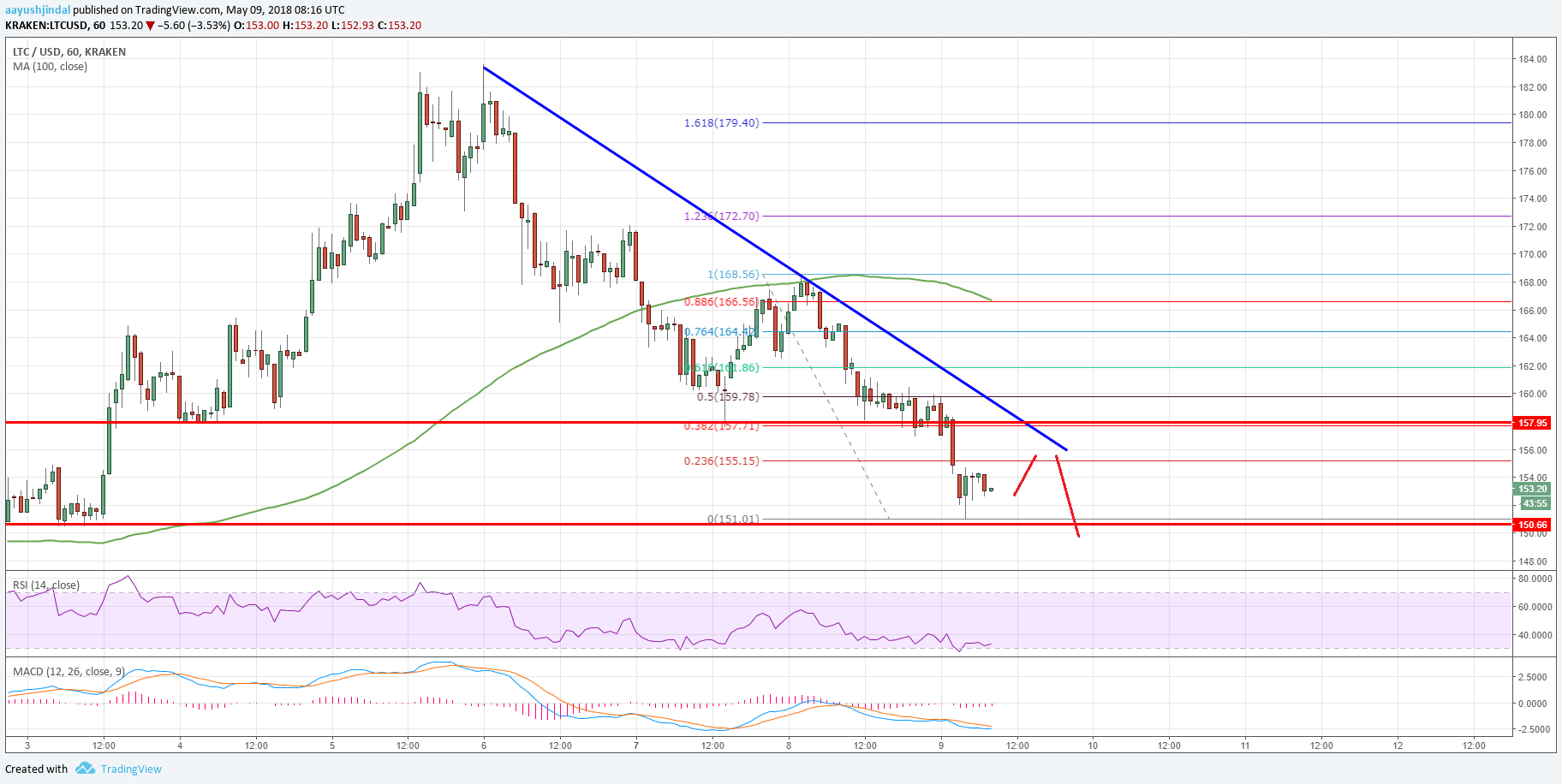 Litecoin price declined further and broke the $156 support against the US Dollar. LTC/USD may correct higher, but upsides may be capped by the $157 level.

There was a start of a fresh downside wave from the $180 swing high in litecoin price against the US dollar. The LTC/USD pair declined and broke a few supports such as $170 and $165.

Looking at the chart, the price came under bearish pressure and it even broke the $160 support level to settle below the 100 hourly simple moving average. The downside move was such as the price even failed to hold the $156 and $155 support levels. 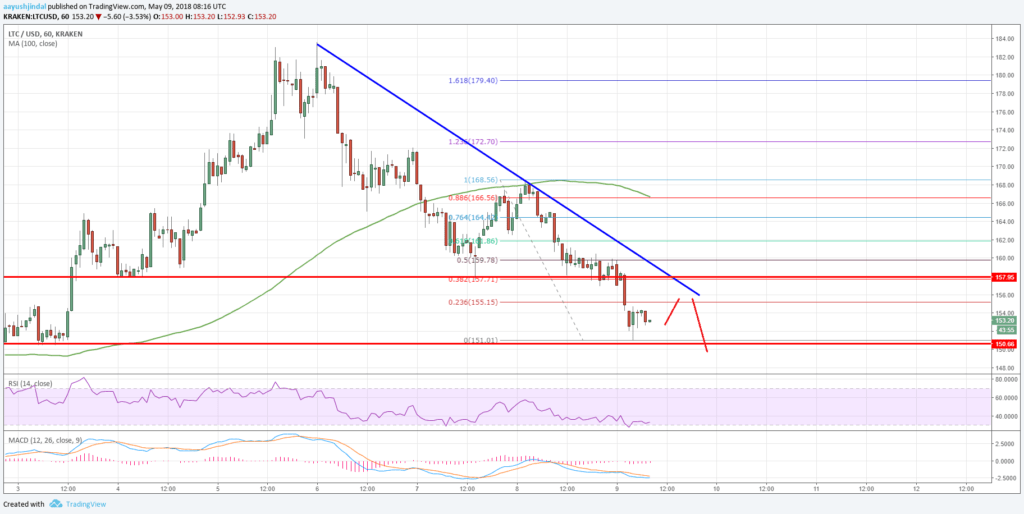 There are many barriers on the upside, including the previous support at $156. More importantly, yesterday’s highlighted major bearish trend line is still intact with current resistance at $157 on the hourly chart of the LTC/USD pair.