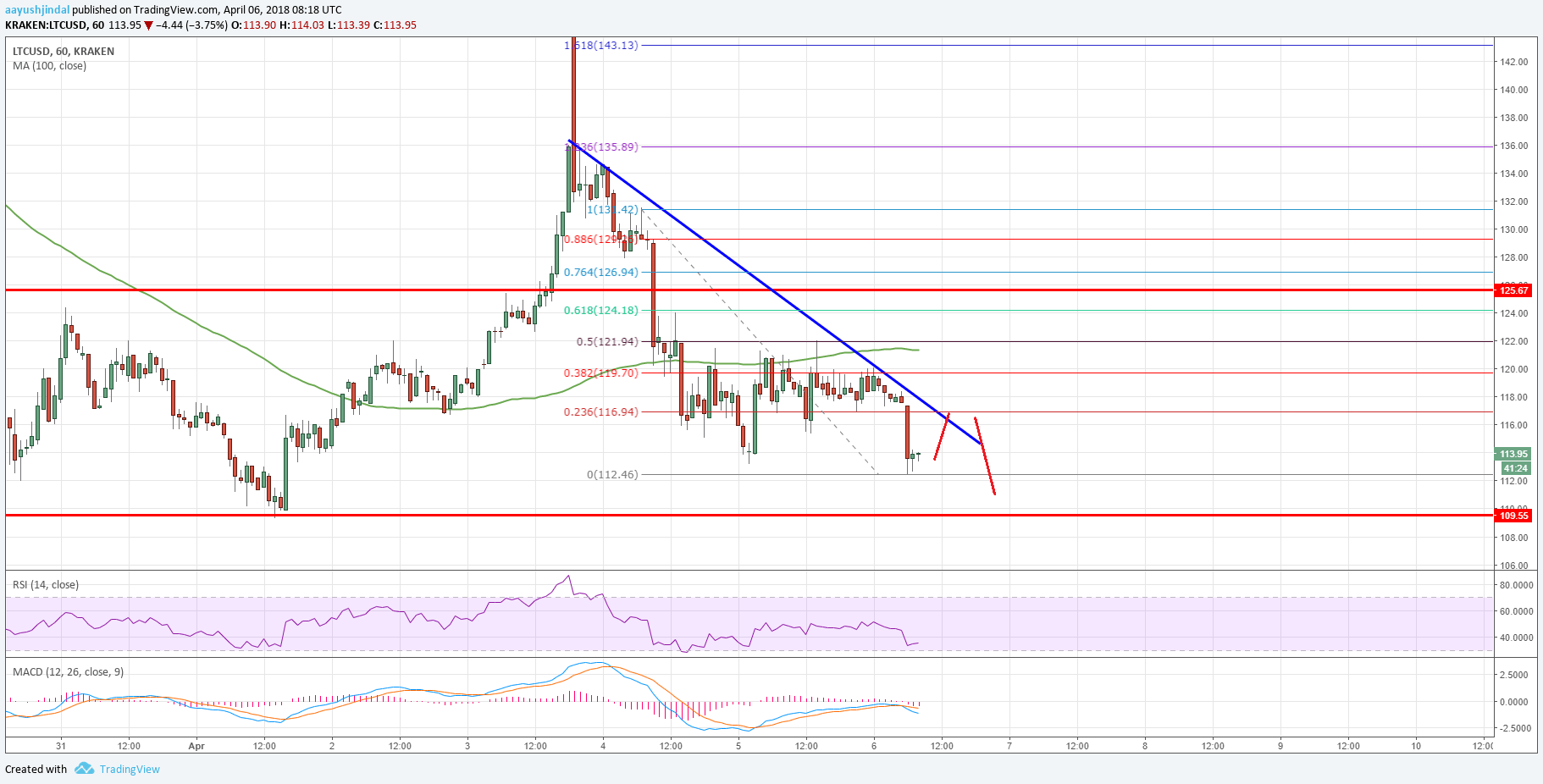 Litecoin price remains in a downtrend below the $120 resistance against the US Dollar. LTC/USD must stay above the $110 support to avoid a downside break.

The price traded to a new intraday low and tested the $112 support. A low was formed at $112.46 and it seems like the price remains at a risk of more losses. It may correct a few points towards the 23.6% Fib retracement level of the last drop from the $131 high to $112 low. 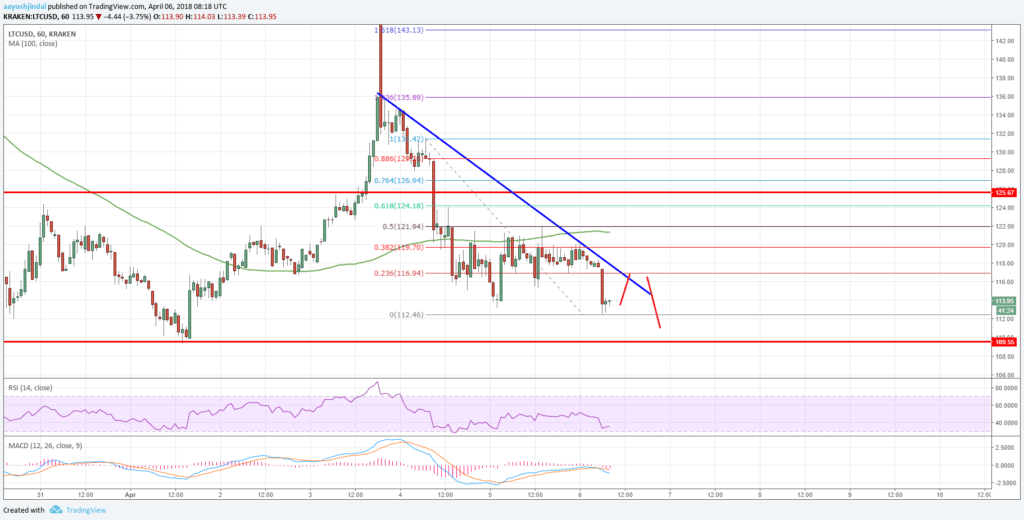 There is also a major connecting bearish trend line forming with resistance at $116 on the hourly chart of the LTC/USD pair. The trend line resistance may perhaps play a significant role at $115-116 in the near term.

However, the most important hurdle for buyers is near the $120 level and the 100 hourly simple moving average. Moreover, the 50% Fib retracement level of the last drop from the $131 high to $112 low is near the $122 level.

The overall price action is bearish as long as LTC/USD is trading below the $120 and $122 resistance levels in the near term.