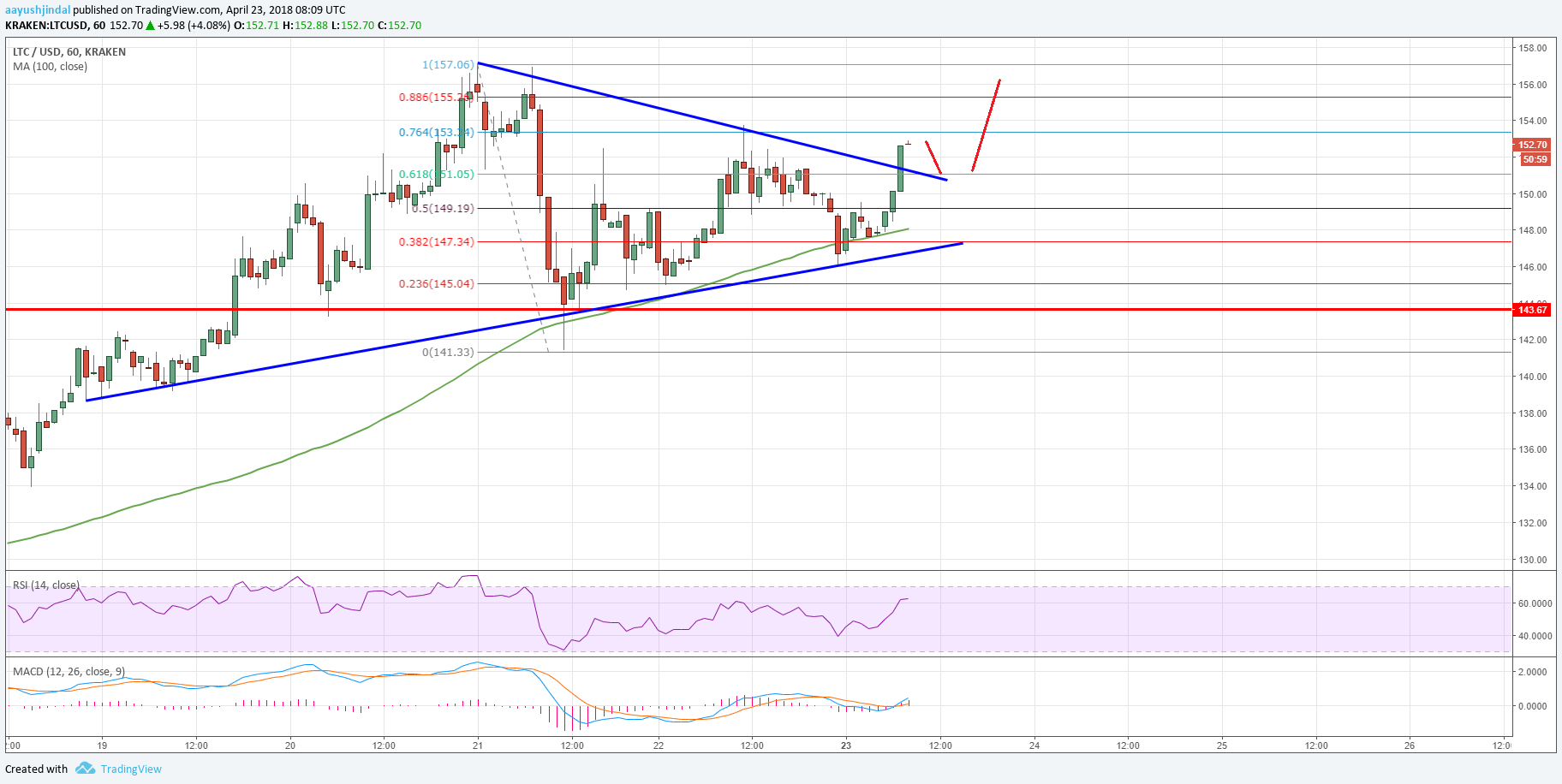 Litecoin price is holding a key support level at $145 against the US Dollar. LTC/USD is likely to resume its uptrend above the $155 level in the near term.

The past few days were mostly bullish as litecoin price move above the $150 resistance level against the US dollar. The LTC/USD pair even moved above the $155 level and traded as high as $157.06.

Later, a minor downside correction was initiated and the price dropped below the $150 level. It traded close to the $140 level and a low was formed at $141.33. Buyers appeared and protected further downsides below $141. 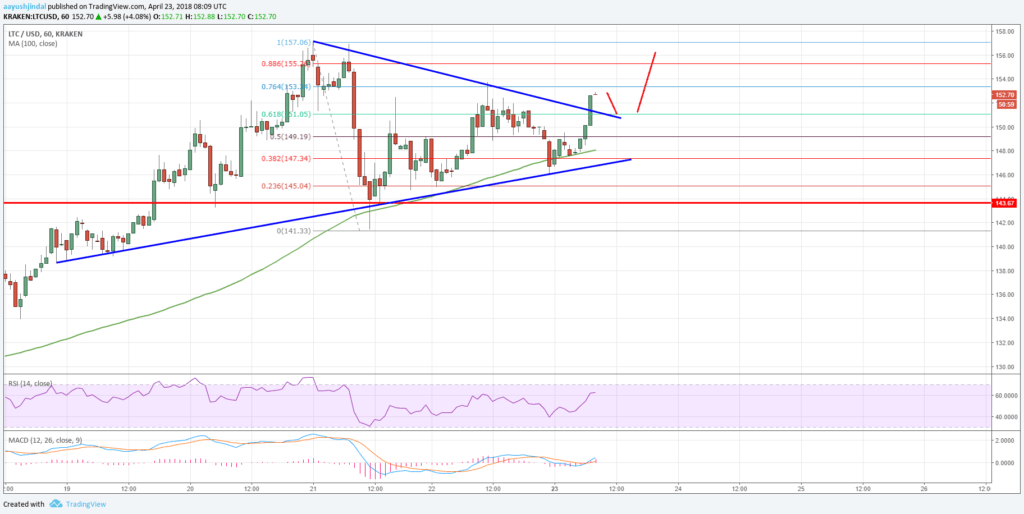 More importantly, there was no break and close below $140 and the 100 hourly simple moving average. The price started a fresh upside wave and recovered above the 50% Fib retracement level of the last drop from the $157.06 high to $141.33 low.

Therefore, any dips toward the $146 level are likely to find buyers in the near term.