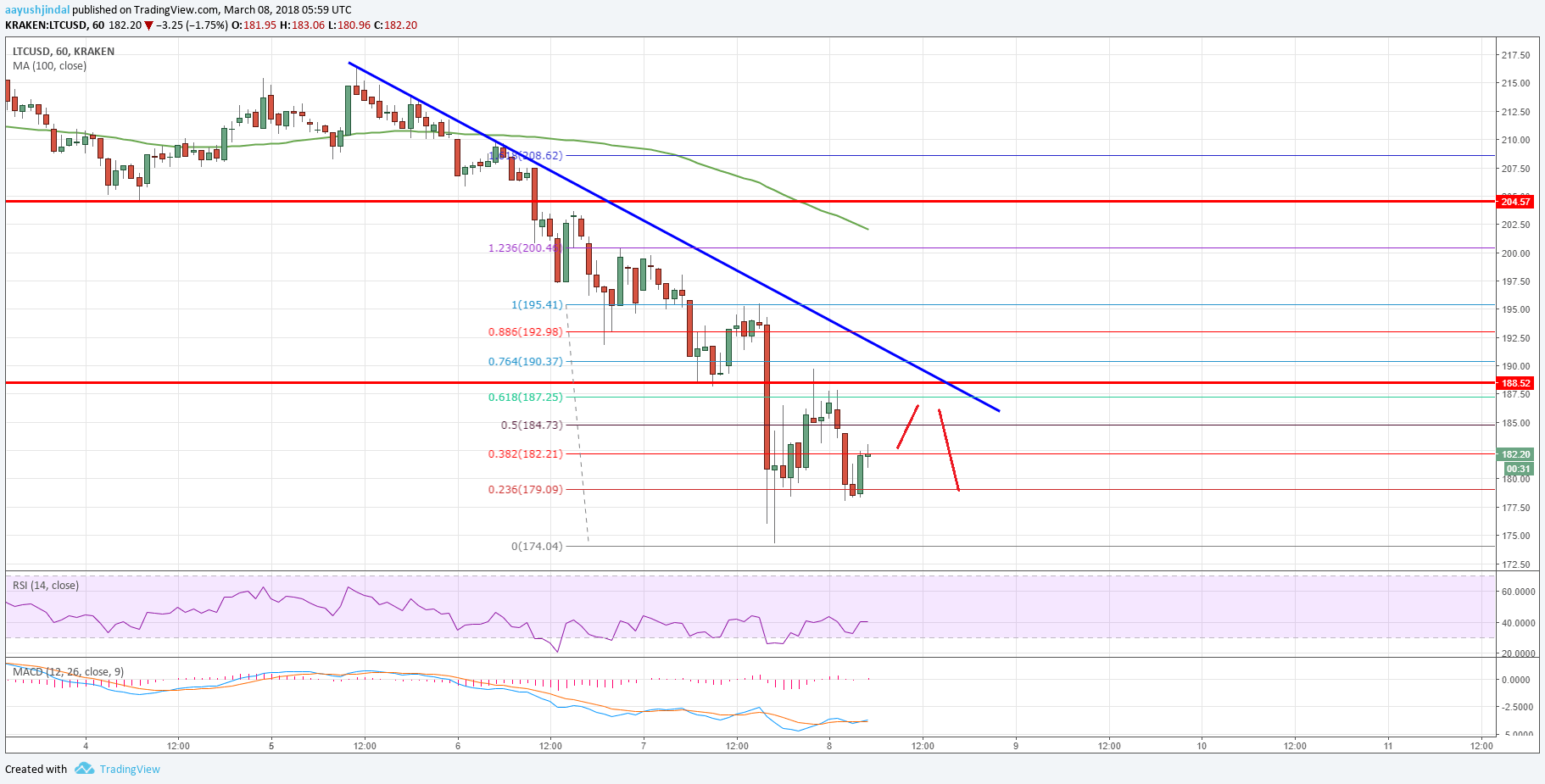 Litecoin price extended declines and traded towards $175 against the US Dollar. LTC/USD is now well below the $200 level and placed in the bearish zone.

The past few sessions were mostly bearish below $210 in litecoin price against the US dollar. The LTC/USD pair did not correct higher, declined further and settled below a major pivot level at $200.

The recent decline was substantial as the price even traded below the $180 support. A low was formed at $174.04 from where an upside correction was initiated. The price corrected above the 50% Fib retracement level of the last decline from the $195.41 high to $174.04 low.

It seems like the price has settled below the $190 and $200 level and it remains at a risk of more declines. More importantly, yesterday’s highlighted key bearish trend line with current resistance at $188 is intact on the hourly chart of the LTC/USD pair.

Therefore, any major correction from the current levels is likely to be capped by the $185 and $190 levels. In the short term, the price may resume its downtrend and it could even retest the $175 level.

Below the mentioned $175 level, there is a possibility of LTC/USD moving back towards the $150 level. The overall bias is negative and it seems like the price may extend declines as long as it is below $200.