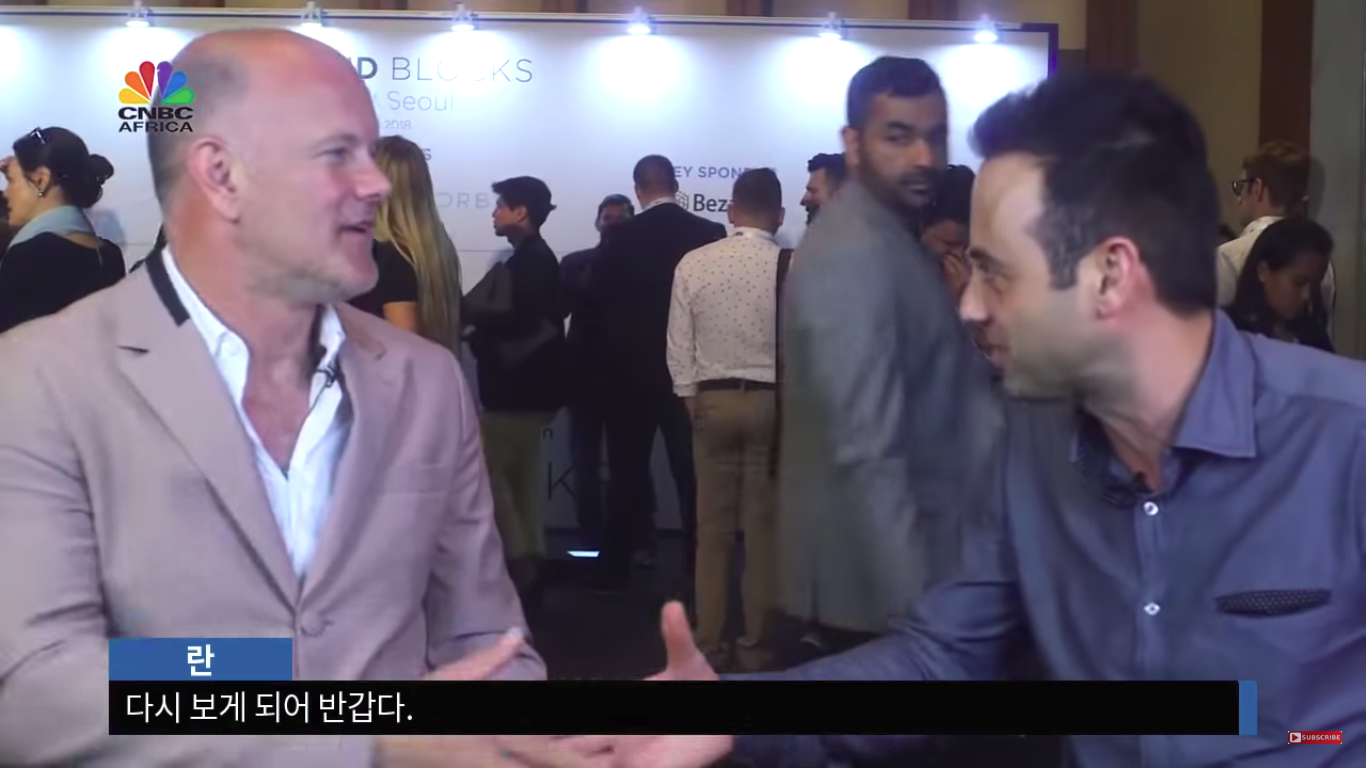 Mike Novogratz: For Bitcoin to Hit 10k It Needs Custody and Regulatory Clarity. After That 20k is Easy

Mike Novogratz has taken a bullish but cautious stance on the general cryptomarket. He made it clear in an exclusive interview that came out yesterday.

During the Beyond Blocks Conferences, which is being held at Korea Blockchain Week, Mr. Novogratz talked with Ran Neuner of Crypto Trader; sharing his opinions on the prices of Bitcoin and its future as a cryptocurrency, the possibilities of adoption, Bitcoin ETFs, the situation of the ICOs and his forecasts.

Novogratz was confident to say that he believes that Bitcoin has Bottomed, an opinion that has been shared by several experts. According to the renowned investor, the 6.8k is a support that has been tested several times, serving as a rebound point for new bullish streaks:

“I don’t think we’re gonna race off I think a Bitcoin takes at 6,800 you get a nice little pump but I do think we’re really building a nice bottom for the next move up.”

For Novogratz, the true bullish run of bitcoin depends more on fundamental factors rather than technical factors. The regulatory framework and the custody and security of funds are two essential elements that will permit Bitcoin to grow in value beyond the typical market trends:

“I think the next move up is gonna need custody from a trusted source it’s gonna need a little regulatory clarity you know we won’t take out ten thousand without those two things because that’s what brings the institutional investors in but we’re gonna get there.”

As to why bitcoin has bottomed at around 6.8k Mr. Novogratz relies on fundamental analysis. For Novogratz, the growing adoption is a sign of the real value of Bitcoin (BTC) and is the main argument for why he believes that Bitcoin will not fall further.

“You know we’ve tested the downside bunch and kind of bouncing off it but I I’d see slowly but surely more adoption you know there are more people at these conferences there are more people working in this space … so there’s this weird scenario where the privates are actually richer right now than the what I’ve called the publics.”

For Bitcoin (BTC) To Go Up, Bigger Names Need to Come In

For Novogratz, institutional investors need a certain level of security to be willing to invest in crypto. They need to get important names like Nomura, Goldman-Sachs, etc. involved first before they see significant institutional investments. The work of fintechs and firms like Coinbase, Bitgo, and Xapo is irrelevant to the decisions of the big capitalists.

The time of his prophecy about Bitcoin (BTC) may be near. He said he thinks it could be accomplished in 6 to 18 months. He also believes that the global market cap of 800 billion can be reached in a period of 12 months.

“We’re gonna take out ten thousand then we’re gonna go right to twenty thousand because we’re only gonna take it out [when] you’ve got custody moving in, and that’s going to reignite the animal spirits in the FOMO.”