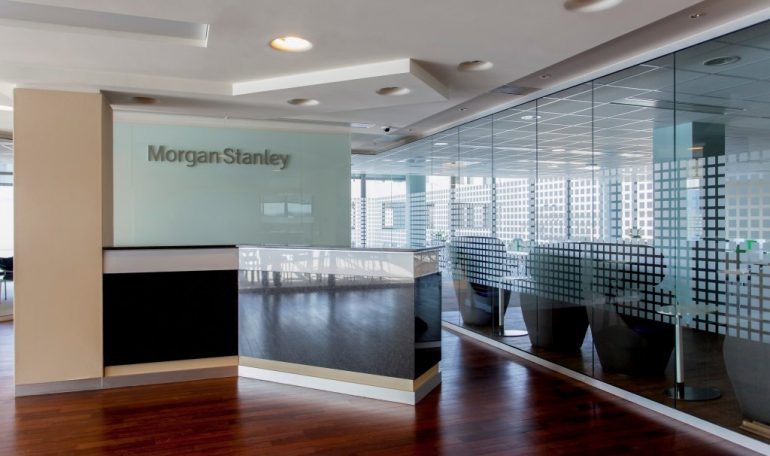 Morgan Stanley has suggested to clients that they believe the true price of bitcoin is zero.

In a recent research note to clients, analyst James Faucette and his team from the Wall Street bank, claimed that the digital currency is not like a currency, or gold, and had difficulty scaling. This is despite the fact that bitcoin is currently trading at over $14,200, at the time of publishing, according to CoinMarketCap.

Faucette argues, though, that the number of retailers and online merchants accepting bitcoin is in fact shrinking, Business Insider reports, with Faucette adding that:

“If nobody accepts the technology for payment then the value would be 0.”

In a section of the note to clients, titled ‘Attempts to Value Bitcoin,’ Faucette stated:

“Can Bitcoin be valued like a currency? No. There is no interest rate associated with bitcoin. Like digital gold? Maybe. Does not have any intrinsic use like gold has in electronics or jewelry. But investors appear to be ascribing some value to it. Is it a payment network? Yes, but it is tough to scale and does not charge a transaction fee. Bitcoin average daily trading volume of $3bn (last 30 days) vs $5.4 trillion in the FX market. Est. <$300mn in daily purchase volume vs. $17bn for Visa.”

Interestingly, regardless of the fact that bitcoin may have a slightly lower daily trading volume to that of the FX market and a less than daily purchase volume compared to Visa, the fact remains that investors are still trading in the cryptocurrency. Not only that, but even if there are a significantly low number of retailers accepting bitcoin, it can still be traded for fiat currencies. This then still makes it a viable option to invest in.

Over the last few weeks bitcoin has been on a rollercoaster ride in price. On the 17th December it was within touching distance of reaching $20,000 for the first time.  The launch of several bitcoin futures contracts on regulated U.S. exchanges has helped to push its price up.

However, since then the digital currency has undergone a price correction, dropping as low as below $12,000 on the 22nd December. Despite this, though, the Winklevoss twins made the claim earlier this month that bitcoin could go up another 20 times in value.

Dubbed the ‘first bitcoin billionaires,’ in an interview that argued that bitcoin is ‘gold 2.0.’