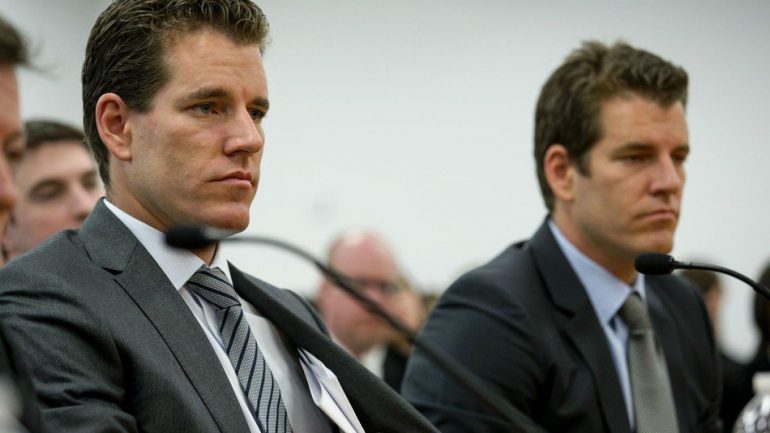 Winklevoss Twins: Bitcoin Price Could Go Up Another 20 Times

The Winklevoss twins have predicted that the value of bitcoin could go up another 20 times from its current price.

Speaking to Fox Business, Cameron and Tyler Winklevoss, who have been dubbed the ‘first bitcoin billionaires,’ challenged the digital currency’s critics to ‘put their money where their mouth is.’

During the interview, Cameron Winklevoss said that they believed that the cryptocurrency is ‘gold 2.0,’ adding that:

“It’s a store of value, so today it’s about a $US300 billion market cap, gold is at $US6 trillion, so we think it could very well go up another 20 times from today.”

He explained by adding that:

“We’ve been saying this since when bitcoin was a billion-dollar market cap. We’ve been in bitcoin about five years, it’s grown about 300 times to this point, so we think it’s definitely realistic that it could grow and disrupt gold and maybe even beyond that.”

Tyler explained that it was while they were in Europe that they discovered the digital currency, adding that they needed to get money to their accommodation, and that it was hard to achieve this from the U.S. to Europe, adding:

“The joke is if you want to get money from New York to London on a Friday night, go to JFK, jump on a plane with a bag of cash and you’ll get there quicker than when you actually wire. This is the first money that’s built for the internet.”

However, despite the fact that the digital currency is gaining confidence in the mainstream, the twins added that they had only ever spent their digital currency coins once in the past. Tyler added that Cameron bought some Legos in addition to purchasing Virgin Galactic Space tickets, Fox Business adds.

“Unfortunately we really overpaid, because bitcoin went up about 20 or 30 times. So we learned our lesson — we don’t spend our bitcoin, we’re long-term holders. We think it’s a store of value much more than it is a currency.”