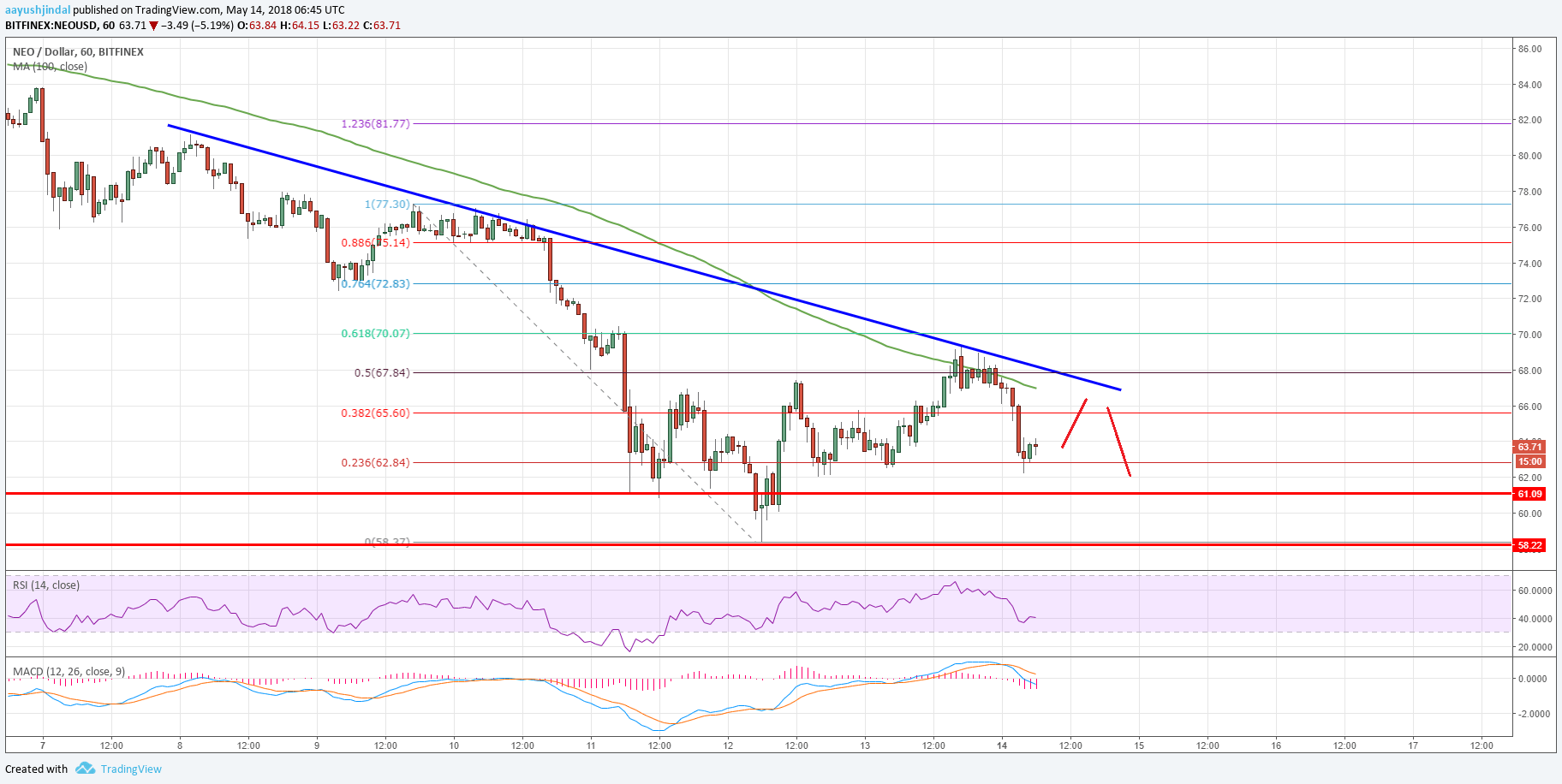 Neo price declined sharply and settled below $70 against the US Dollar. NEO/USD remains in a downtrend and is at a risk of more losses below $60.

There was a heavy downside move from well above $80.00 in Neo price against the US Dollar. The NEO/USD pair declined and moved below the $74.00 and $70.00 support levels. 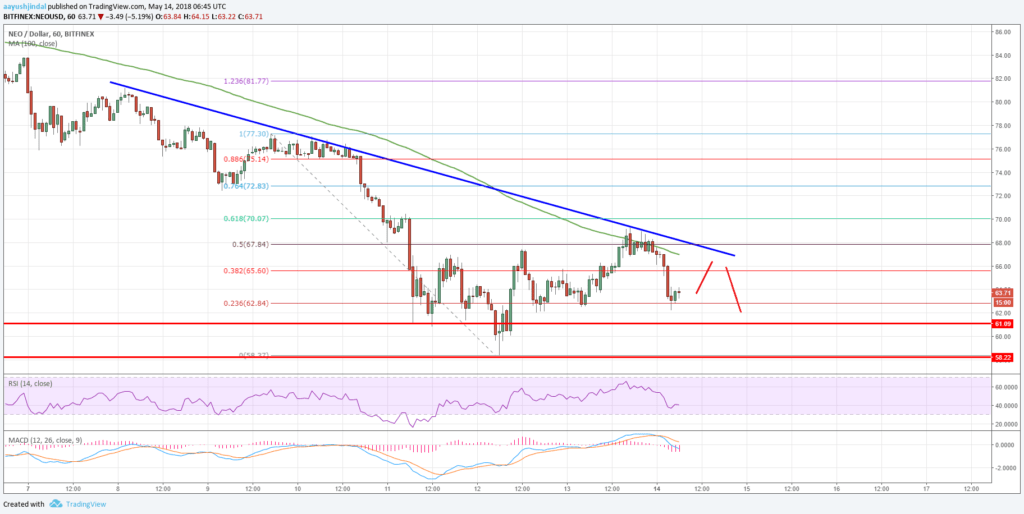 Moreover, there was no close above the 50% Fibonacci retracement level of the last decline from the $77.30 high to $58.37 low. More importantly, there is a monster bearish trend line in place with resistance at $68.00 on the hourly chart of NEO/USD.

A break below the $60.00 support may perhaps call for more losses below the $58.00 level in the near term. On the flip side, a successful close above the $68.00 and $70.00 resistance will most likely push neo price back in a bullish zone.