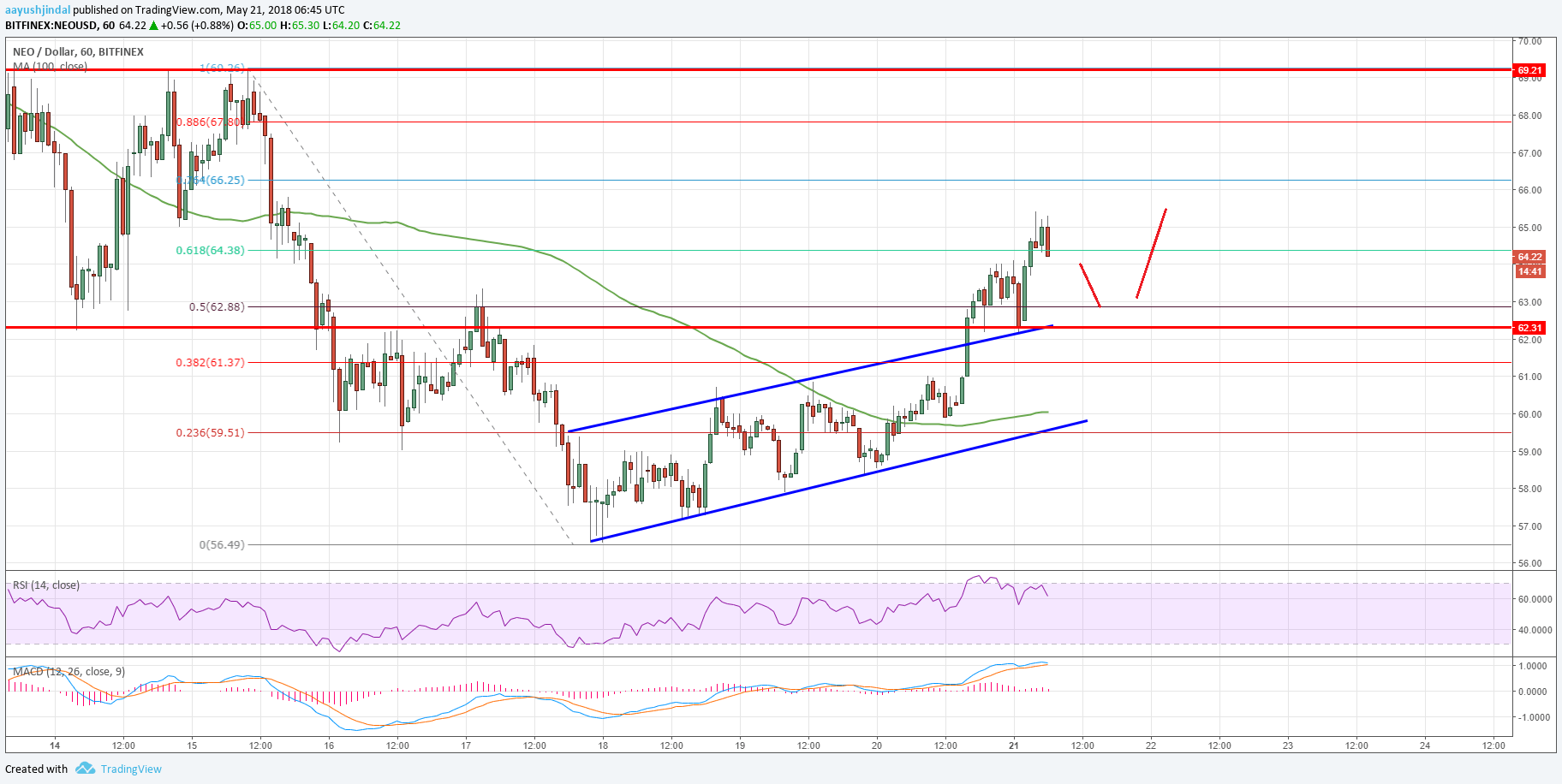 Neo price formed a support base at $56.50 and climbed higher against the US Dollar. NEO/USD may well continue to move higher towards the $68.00 and $70.00 levels.

After a major decline from well above $70.00, Neo price found support against the US Dollar. The NEO/USD pair formed a low near $56.50 and started an upside move.

The chart suggests that the price managed to gain pace and traded above the $58.00 and $60.00 resistance levels. The upside move was such that the price even settled above $60.00 and the 100 hourly simple moving average. 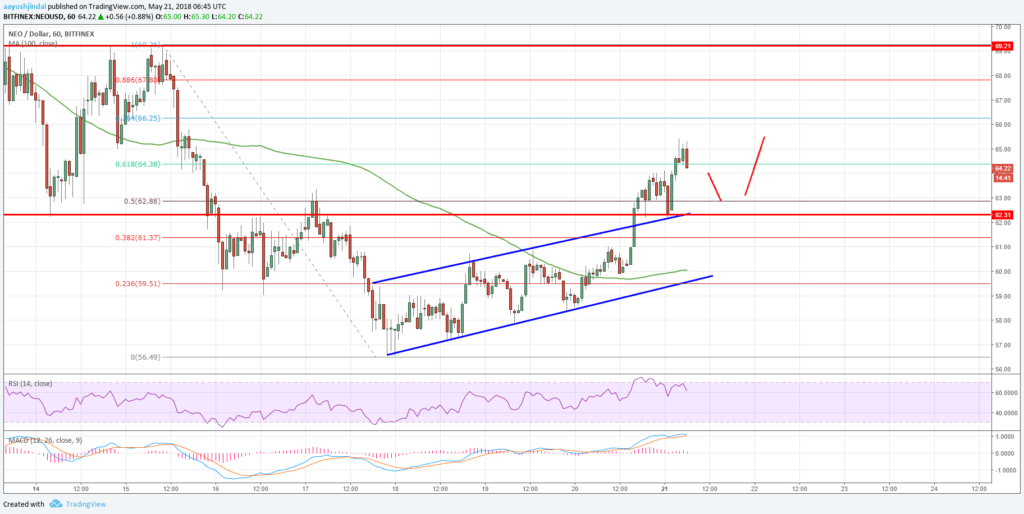 The price traded with a positive bias and followed a key ascending channel with resistance at $62.00 on the hourly chart. Later, buyers succeeded in breaking the channel resistance at $62.00 and the price climbed above the 50% Fibonacci retracement level of the last drop from the $69.26 high to $56.49 low.

There was an increase in buying pressure, which pushed the price in the green zone above $62.30. At the moment, the price is attempting a close above the 61.8% Fibonacci retracement level of the last drop from the $69.26 high to $56.49 low.

Therefore, there could be a minor downside correction towards $63.00 or $62.30 supports in the near term. It seems like any major downsides from the current levels are likely to find buyers near $62.30, which was a resistance earlier.