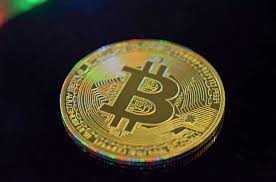 It’s exactly 2 years when Peter Schiff, the president of Euro Pacific Capital, reinforced his sentiments that Bitcoin is a bubble. In August 2017, when Bitcoin touched an all-time high of $4,500, Schiff was adamant that the coin was in a bubble. But, two years down the line, Schiff could be banking on the power of cryptocurrencies.

Talking to CoinDesk, the EPC president then said:

“On my Bitcoin challenge Live Stream on YouTube on Monday, I recommended selling Bitcoin and buying silver. Since then the price of Bitcoin has fallen by over 10 percent (even after a 10 percent rally from the low), ad silver is up 3.8 percent, its biggest two-day gain in two years. Coincidence.”

Interestingly, in July, the Bitcoin bear admitted holding Bitcoin. The Bitcoin was donated by the co-founder of Morgan Creek Digital, Anthony Pompliano, among others. But, instead of liquidating or donating, Schiff said he would “have to hodl it and go down with the ship.”

But it didn’t stop there. Towards the end of July, when appearing on CNBC with Pompliano, Schiff said:

“I’m already kicking myself, I had that opportunity [to buy at $10]. I could already be a billionaire if I had only bought it back then… I should have bought it when I first heard about it.”

But is he a Bull?

In 2019, Schiff is slowly morphing from being a bear into a bull. In his latest comments, the goldbug founder acknowledges the revolutionary power of cryptocurrencies. However, he doesn’t see Bitcoin to be the one to lead the revolution necessarily.

Cautioning investors, he compared the state of Bitcoin to that of initial development of the telephone:

“The first telephone was not the best telephone; it was improved upon. If cryptocurrency is to work, why would we assume that Bitcoin is the one to succeed? Why would the first attempt be the best attempt? …better, quicker, secure, reliable.”

Unfortunately, while on CNBC’s Crypto Trader with the co-founder of Morgan Creek, Schiff stated that gold is a better alternative to Bitcoin despite its price.

Price is not Always a Good Pointer of Growth

Fortunately, instead of bashing gold, Pompliano took a somewhat cautious route. In his view, Bitcoin and gold can co-exist in the same basket, adding that “I do think it’s a little bit short-sighted to say gold but not Bitcoin.”

An important point to note is that he is solely relying on the price of Bitcoin. To this end, the EPC president considers the 2017 bull run to be the last. For Schiff, “when the market really dropped, people now have a more balanced view, because before that it only went up.”

However, unidirectional view based on price leads to a biased analysis. For example, an analysis of on-chain activities reveals that the interest in Bitcoin is still high. Then again, what Schiff doesn’t understand is that in the last rally, retail investors played a pivotal role while institutional investors are driving the imminent rally.