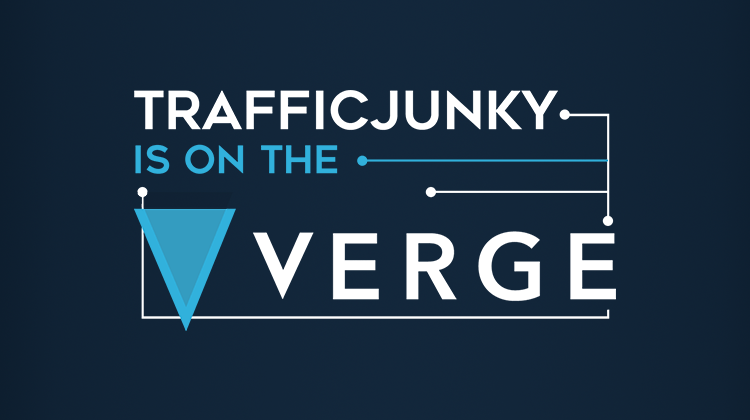 TrafficJunky, an online advertising network, which claims to be serving more than 4 billion daily impressions, has highlighted it will start accepting Verge cryptocurrency as a payment option starting from Monday, May 7th, 2018.

A statement by TrafficJunky reveals that verified advertisers will be able to fund their accounts using Verge and tap into the TrafficJunky network which serves over four billion daily impressions.

The statement mentioned that Boulmona as well revealed his team is “excited to provide yet another convenient and safe method of payment our members can benefit from.”

Skeptics have raised different denigrations of Pornhub-Verge partnership, claiming it is needless and not in the interest of the Cryptocurrency space.

While it was noticed that immediately after the announcement of the partnership, the trade value of Verge reduced maniacally, however, looking at the cryptocurrency market today, Verge is trying hard to regain confidence. In the last 24 hours, the price of verge has nosedived, however, it has been able to have around 10% increase in the last 7 days.

Verge Halving Is On The Way

Verge yesterday announced its block reward halving is on the way, saying the cryptocurrency will be halving at block 2,124,000.

Analysts who weighed in on the concepts maintained that the altcoin’s block reward halving will make the quantity of new XVG earned by miners, with each block transaction reduced to, maybe, half of the present amount in circulation. The idea may raise the price of Verge higher than it is in the market.

A release by Verge indicated that the move is part of its “predictable, transparent monetary policy.”