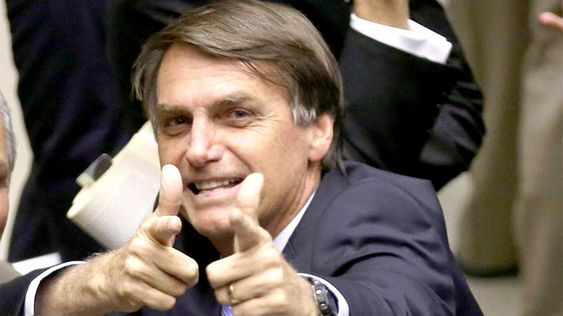 The president of Brazil, Jair Bolsonaro, said in an interview with Ratinho’s SBT show on June 4, 2019, that he doesn’t know what Bitcoin is, despite the hype that Bitcoin is causing in the country, aphenomenon that has been increasing over the past few years.

The president’s statements came as he explained why he shut down a project of $11.5 million to promote a crypto currency for indigenous communities.

Jair Bolsonaro explained that the National Indian Foundation (FUNAI) and the Federal Fluminense University (UFF), “wanted to teach the Indian to use bitcoin,” which he believes to be wrong. When asked by a member of the public if he even knew what Bitcoin was, the president responded:

“I do not know what Bitcoin is.”

Jair Bolsonaro is known for his denigrating statements, which have made him highly popular in Brazil’s extreme right-wing sectors.

A Cryptocurrency for Native Tribes? No Way!

The decision to suspend FUNAI’s project was predictable. The Brazilian president once told Correio Braziliense that it was a pity that the Brazilian Indians had not been exterminated as they were in the United States:

“It’s a shame that the Brazilian cavalry hasn’t been as efficient as the Americans, who exterminated the Indians.

In more recent statements, Bolsonaro showed an anti-indigenous stance, explaining that once in the presidency he would be in charge of undermining FUNAI’s existence, affecting its efforts to promote the use of cryptocurrencies amongs brazilian native tribes:

“If I’m elected, I’ll serve a blow to FUNAI; a blow to the neck. There’s no other way. It’s not useful anymore”

The project promoted by FUNAI and the UFF had been suspended due to possible legal problems. The government considered that the lack of a legal bidding process undermined the legality of the contract, for which it was considered inappropriate.

This is not the first time that Bolsonaro has acknowledged his ignorance. Recently , while announcing the slump in Brazil’s GDP, he explained to the audience that he was not to blame for this disaster: The excuse? he previously warned people that he did not understand economics:

“I already said I didn’t understand economics. The one who understood it drowned Brazil. I trust 100% in the economy of Paulo Guedes”.

So far neither FUNAI nor the UFF has provided any comments regarding the possibility of promoting a crypto without the government’s endorsement.