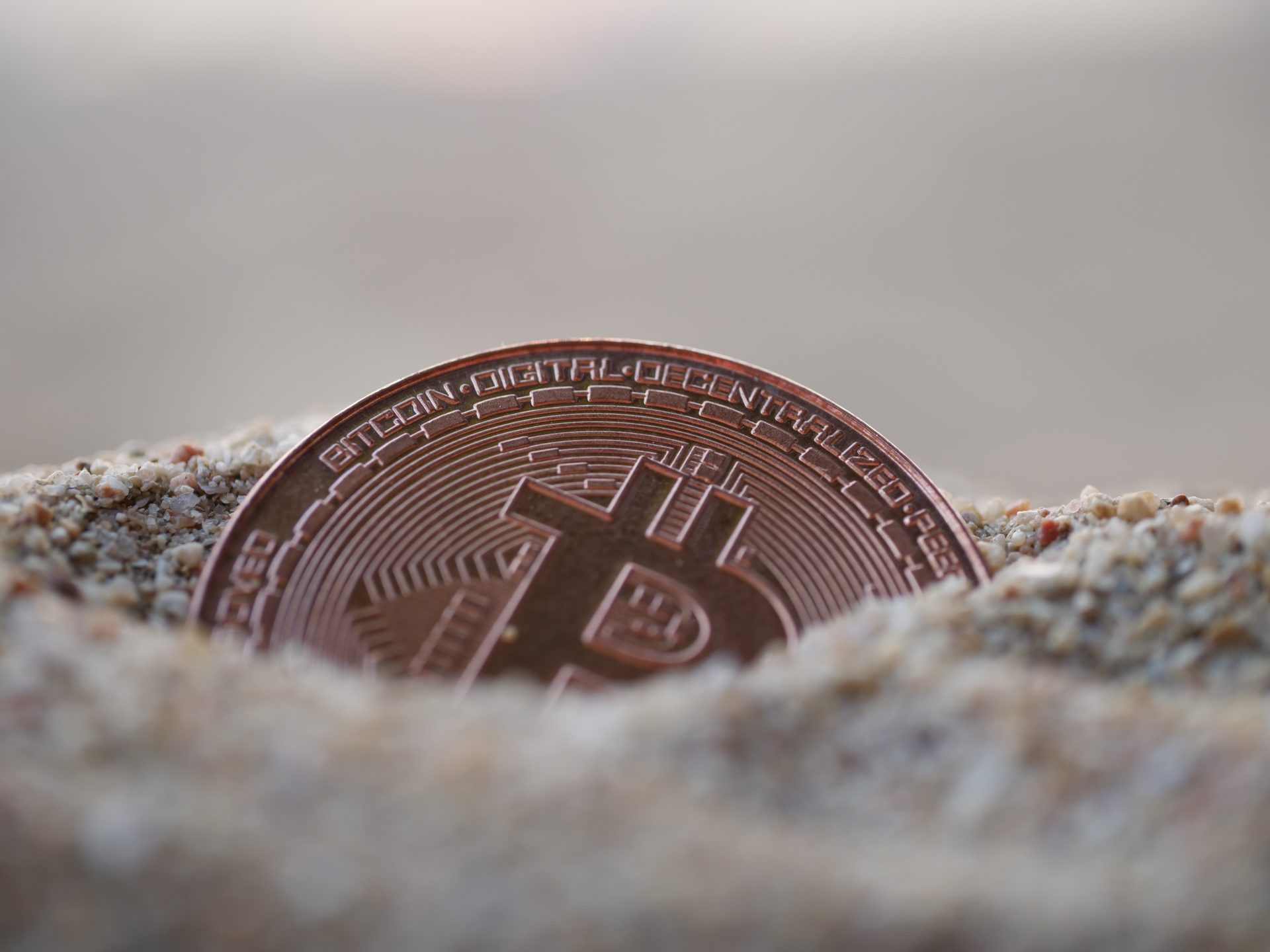 Since Bitcoin’s infancy, when blocks weren’t full and altcoins were few and far in-between, the world-renowned Coinbase has been touted as a leading cryptocurrency platform. Chances are, the first time you entered the cryptosphere, you likely entered your personal information into one of Coinbase’s multitude of platforms and products, which have been used by millions of investors across the globe.

However, 2018’s extended bear market hasn’t been kind to the startup, to say the least, with reports emerging that state that Coinbase has seen a large drop-off in active users, along with publicly-posted trading and transactional volumes.

Per a Bloomberg report on data compiled by Tribe Capital, the number of active (continually buying and selling crypto assets) U.S. customers on the platform has declined by approximately 80 percent since December 2017’s high. Exact numbers weren’t given by Tribe, a fintech-centric venture group, and representatives from Coinbase declined to comment on the statistics.

While many expected such figures, it is important to note that during the same time period, Bitcoin fell by ‘only’ 60-65 percent, seeing a move from its all-time high at $20,000 to just shy of $6,300 at the time of writing.

To find this data, Tribe reportedly analyzed credit card and bank transfer data logs that they had access to. Although the numbers aren’t conclusive nor comprehensive, the analysts at the venture firm explained that the trend of falling activity is clear, so it is only logical to assume that other retail trader-focused platforms likely saw a similar decline. For transparency sake, as pointed out by Bloomberg journalists, Tribe Capital does have a stake in SFOX, an up and coming crypto platform that is focused on the institutional investors in this nascent market.

Interestingly enough, the 80 percent decline in active users mirrors Coinbase’s USD volumes, which were found by Diar to have fallen by the same figure. More specifically, the well-read crypto-focused publication divulged that the exchange’s USD volumes have tumbled from $24 billion in Q4 of 2018 to $7 billion in the current quarter. 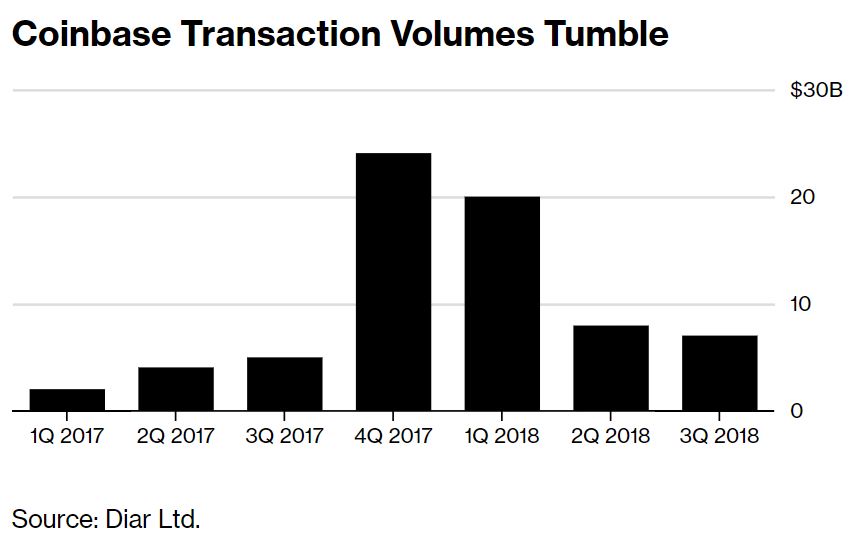 Is All Hope Lost?

As reported by Ethereum World News previously, however, it is clear that Coinbase hasn’t given up hope yet. In spite of the clear bearish market conditions and falling retail interest, the company has continued to trudge forward when it comes to the establishment of promising products and services that will only this industry as a whole in the future.

For one, insiders recently claimed that the San Francisco-based crypto platform is set to be valued at a staggering $8 billion, which will make the firm one of the most valuable fintech startups on planet Earth. This report came on the back of a rumor that claimed that Tiger Global, a New York-based privatized fund, was looking into placing $500 million of its assets into a stake in Coinbase.

The platform has also been said to be looking into a Bitcoin-backed and crypto-backed exchange-traded fund (ETF), which will likely spark a surge of retail interest if the vehicle is accepted by a bona fide financial regulator, like the American SEC or the CFTC.