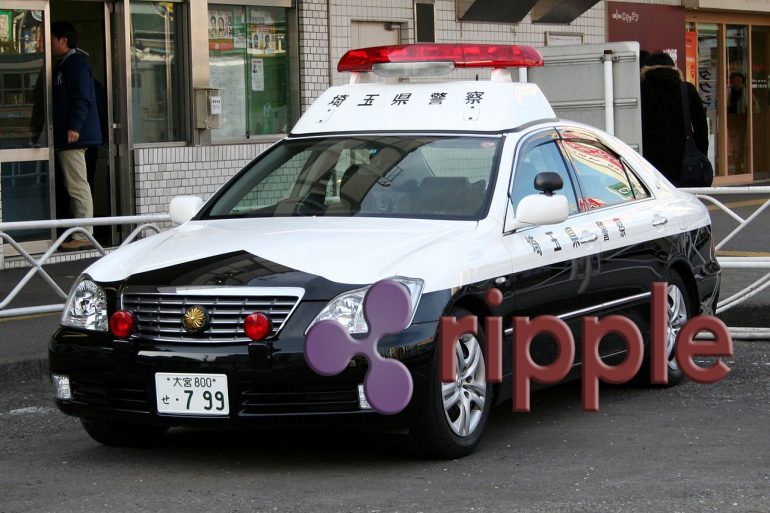 The head operator of a Ripple Exchange Platform in Japan has been arrested by the Tokyo police for fraud and for allegedly swindling an investor – which is only one of the cased the accused is being held.

The 31-year-old Yuki Takenaka – is the operator and manager of Ripple Trade Japan, which is an exchange that makes trading Ripple’s XRP possible is on hold by the Tokyo police according to the regional report.

The individual was arrested on Wednesday for allegedly swindling ¥1.4 million ($12,500) from an investor persuaded into sending the cash into the exchange’s bank account in March 2015. Authorities allege that Takenaka took the money despite the company effectively bankrupt at the time. The cybercrime division of the Tokyo Metropolitan Police department is also investigating claims that Takenaka allegedly defrauded an additional ¥17 million ($150,000) from at least 40 customers in Japan after initially luring them with no deposit fees for trading.

Set up in May 2014, Ripple Trade Japan collected money from its users in exchange for IOUs, signed documents acknowledging debt. Users could then exchange their IOUs with each other or convert them into Ripple’s XRP tokens or cash.

The individual is under police suspicion that he manipulated with his company system itself for personal benefits over $1 million in IOUs between Nov 2015 and Feb 2015. It is believed that some of them have been exchanged with IOUs of other Ripple exchanges before converting them to cash.

According to the police, Takenaka has admitted to most of the charges.

Ripple, a San Francisco-based FinTech startup developing enterprise blockchain solutions for the global banking industry, specifically in payments and remittances, sees its blockchains powered by its XRP digital token. At the time of publishing, the total market cap of XRP tokens currently stands at $8.2 billion, making it the third largest cryptocurrency after Bitcoin and Ethereum.

It is a very parallel case with the Japanese Bitcoin exchange Mt Gox, which once was the largest BTC exchange. Mark Karpeles – former CEO and founder has been charged with embezzling ¥340 million in users bitcoin and cash funds.