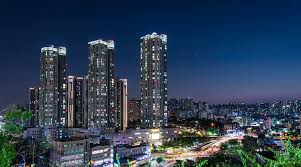 It is no secret that South Korea is a hotbed cryptocurrency activity. The support the innovation has received from the private sector has been top-notch. The nation’s capital, Seoul, has taken this love for crypto a step further. The city is launching an S-coin based reward system. The point system will reward the city’s citizens for utilizing public services, participating in polls and for paying taxes.

The city’s blockchain-based administrative services reward system is expected to launch in November fully. The launch process has three significant priorities set. The very first priority is the introduction of the crypto-based points system.

As per the local news report from Blockinpress, the reward system will work in conjunction with ZeroPay. ZeroPay is an innovative government ran QR-code-enabled network. The residents will be in a position to redeem the points awarded for rewards. They can also utilize the coins made to purchase goods and services via mobile payments. There are no merchant charges.

Seoul is going to use the blockchain service to solve yet another huddle for its residents. The city is going to use the system to enhance its Seoul Citizen Cards process. The enhanced process will make it much easier for the residents to submit documents. It will eliminate the need for paper document submission through the enabling of digital identity authentication.

Both temporary and part-time worker records of the city are also going on the blockchain system. Their work history, contracts with employers, and recorded time logs will all be accessible from this platform. The November launch will bring about other blockchain-powered projects such as online verification of certifications. Donation management and smart healthcare blockchain ran services will eventually be launched.

The city’s mayor Park Won-soon is pretty blockchain progressive. In late 2018, he launched a five-year plan that will see $108 million invested in turning Seoul into a blockchain-powered smart city. The mayor has a Blockchain Urban Plan in place that covers over 14 public services.

The government-funded budget will drive a large section of the city’s public services to the blockchain. This includes services such as vehicle history management, labor welfare, elections voting, donation management, and certification issuance services.

The platform will now act as protection for all part-time workers, who have had to work without labor contracts. It will assist in ensuring employment insurance, once the workers register via an app. Once a part-time employee is logged, the information will be accessed over a distributed network by insurers and labor welfare organizations.

Park Won-soon’s administration has also put aside $53 million more to grow the city’s blockchain industry. The funds will build two complexes that will be home to at least 200 blockchain-based startups. The complexes are slated for completion by 2021 and will use part of the city’s Mapo Seoul Startup Hub. Part of the Gaepo Digital Innovation Park will also be utilized.

The city’s blockchain efforts are in line with the country’s blockchain roadmap. The country’s second-most populous city Busan has announced a blockchain “regulation-free” zone. This area, modeled after Switzerland’s Zug, will host public safety, finance, and tourism-related blockchain offerings. Major business entities such as Samsung, Kakao, and Hyundai have also become stakeholders in the crypto industry.