Seven Out of Every Ten Cryptocurrency ICOs Have Technically Failed 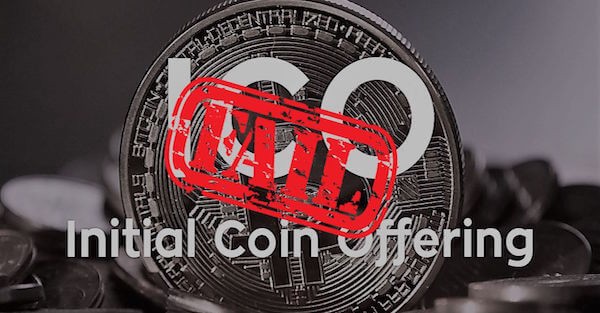 Market reports show that 70 percent of cryptocurrency ICOs are currently operating at a loss. This means that seven out of every ten cryptocurrency projects have valuations lower than total funds raised at the initial offering.

According to a report by Diar – a global digital currency industry analyst, ICO projects in 2018 have raised double the amount realized by offerings in the previous year. Token developers have received a whopping $12bn from investors this year.

Despite investors braving the bearish market of 2018 to fund token projects, these tokens don’t seem to be doing well. Market cap places a lot of tokens at a loss when tallied against investments received during the initial offerings of these projects.

Some of these tokens are either unlisted or have zero liquidity. Over one –third of tokens that completed their ICOs between 2017 and 2018 are yet to list on any exchange. Bankera raised $150 million in February but liquidity issues put the project at the lower end of the value spectrum.

70 Percent of Cryptocurrency ICOs Operating at a Loss

With data collected by TokenData, Diar reports that of the 562 tokens with reliable fund-raising information, 402 are operating at a loss. These 402 projects raised over $8bn cumulatively, but altogether currently have a market value of $2.2bn.  This translates to a $6bn loss against cash invested. 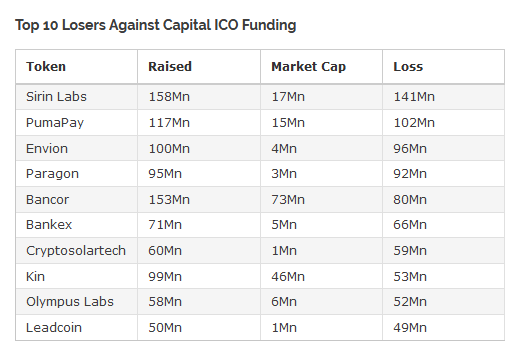 Even with expensive and far-reaching marketing antics, some of these tokens have taken a hit. Argentine soccer star, Lionel Messi, is a brand ambassador for Sirin Labs, but this has not helped the company achieve a significant market share. Sirin Lab which raised over $158 million when it held an ICO last year now has a valuation of $17 million.

Unlike their traditional counterpart, ICOs are mostly unregulated and just about anybody can issue an ICO. This has made it a convenient hunting ground for fraudulent entities, and due to the anonymous and decentralized nature of the cryptocurrency ecosystem, it is difficult to trace these scams.

Diar’s report shows that while there is an increase in funds raised by ICOs between 2017 and this year – doubly so, ICO popularity has taken a hit with the total number of completed projects striking an all year low in August. We can make an educated guess and say this is due in part to the increased occurrence of exit scams.