After a bearish trend that has been labeled “bloodbath” by social media, finally, the cryptomarket has shown a bullish correction that seems to have strong prospects of being sustained over time. Bitcoin, the most important crypto of the global market cap has risen around 5% in the last few hours, dragging the rest of the altcoins to a positive trend that has contributed to “refresh” the markets.

From this Bullish trend, Stellar (XLM) the crypto known for being the main competitor of Ripple’s XRP, has had the best performance of the Top 10 of coinmarketcap. Its 7.43% increase in the last 24 hours puts it in the place of honor, followed by BSV with 5.2% and Cardano (ADA) with 4.25%. 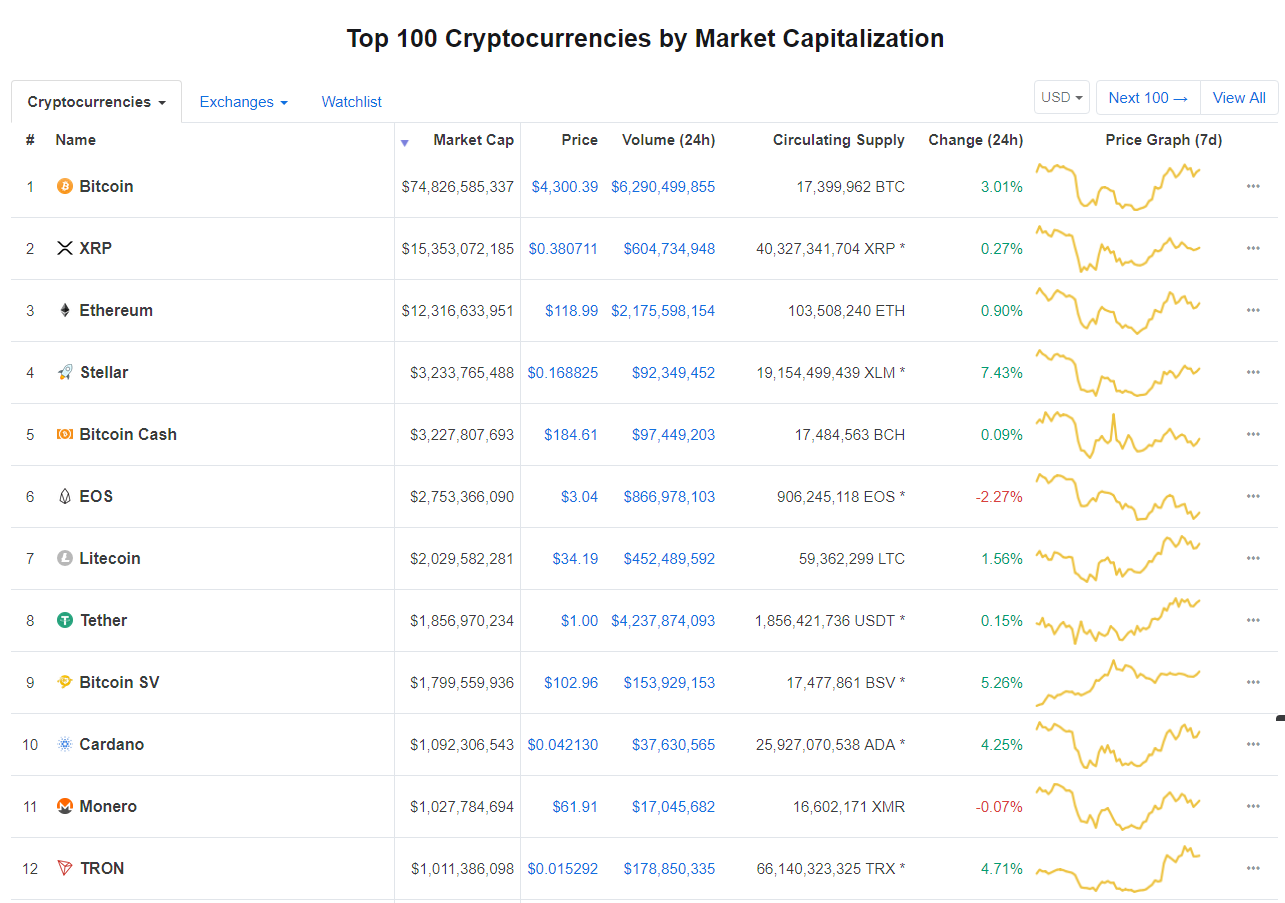 Since its fork, Bitcoin Cash has been performing disastrously, leading it to lose a significant portion of its capitalization. However, Stellar has managed to remain relatively stable considering the market trends, becoming a serious competitor for the 4th place in Coinmarketcap’s top 10.

During the last few days, both cryptocurrencies have been in heavy competition, changing positions as each has eventually won the 4th place. At the moment, Stellar has a total capitalization of $3,233,765,488 while Bitcoin Cash ABC only reaches $3,227,807,693.

The difference is still too close to establishing a fixed trend; however, if Bitcoin Cash’s poor trend and Stellar’s stability continue, it is possible that in the future the gap will widen (similar to what happened with Ethereum and XRP).

It is also important to note that Bitcoin SV (the altcoin born after the fork of Bitcoin Cash) has a market cap of $1,799,559,936. A much smaller figure when compared to the altcoin that gave it life. Had the Split not occurred, Stellar and Bitcoin Cash’s “flippening” might not have occurred.

With the introduction of Bitcoin SV, the cryptocurrency became the 9th largest global market cap, displacing Cardano (ADA) from its position with a gap between the two tokens of more than 500,000,000 USD.