TenX Cofounder Linked to Pyramid Scheme. “I Learned My Lessons,” He Says

Julian Hosp’s reputation as TenX Cofounder, could be affected by the publication of a video linking him as part of Lyoness, an Austrian business that was described as a Ponzi scheme in several European countries.

In the video, Julian Hosp appears presenting an online “workshop” in which he explains to those involved the necessary steps to enter the business and how to attract more customers using tactics of direct and indirect contacts, question avoidance and a series of tricks to finally achieve the sole objective of including more people in the pyramid no matter how:

“Never forget, it is not about telling the exact 100% truth…if you follow this [guidelines], you can earn incomes in an extent that it’s not imaginable to you at this moment…”

According to the video, Julian Hosp commented that he contacted at least 1000 people with whom he discussed the business. He doesn’t mention his position within Lyoness, but according to what was explained at the beginning of his presentation, he should be at a relatively high level of the pyramid. The presentation mentions that in order to obtain a level 3, a user needed to introduce 13 new active members.

After this project, Julian Hosp founded TenX along with Toby Hoenisch and Paul Kittiwongsunthorn. The project had high popularity raising more than 80 Million Dollars on its ICO.

Despite its popularity, TenX claimed that users could use their cryptocurrencies to pay “anytime, anywhere” through a connection between their crypto wallet and a Visa debit card.

However, until now, very few have actually been able to get the card, and new customers must join a waiting list. The lack of transparency regarding this promise has increased the frustration of users and investors who lose faith in the project every day.

5/ Now, Julian is claiming that shipping a card is a month or two away. In my opinion, that’s very unlikely. Visa has previously stated that it will not support cards that allow spot conversion from crypto to fiat. I don’t think they are changing their mind.

6/ In the whitepaper, TenX’s original intention was to give PAY holders 0.5% from all the card holders’ spendings. Now obviously that would be a textbook security so TenX quickly backpedaled on that promise as well. Did some invest on that promise? Yes, likely a lot pic.twitter.com/ceOkWq0adY

8/ TenX also lied about Vitalik being an advisor. When they were called out by Vitalik himself, they claimed they listed him because “he was part of Fenbushi who was an investor of TenX”. He was later removed. pic.twitter.com/CbmjeJeYtG

Until now, the TenX team has had a strong campaign on social networks to prevent this type of news from spreading. However, no official statements have been issued.

Julian Hosp accepted his participation but said he learned his lesson. Having previously engaged in an illicit business does not undermine the credibility of TenX and the rest of the team.

TenX currently has a team working hard to comply with the roadmap. The delays that have been observed respond more to the obstacles imposed by third parties than to negligence on the part of TenX.

PAY, the TenX token, has been interestingly bullish during the last days, with a 7.61% growth in the previous 24h. So far it seems that investors have been able to separate the news about Mr. Hosp from the project’s real potential. 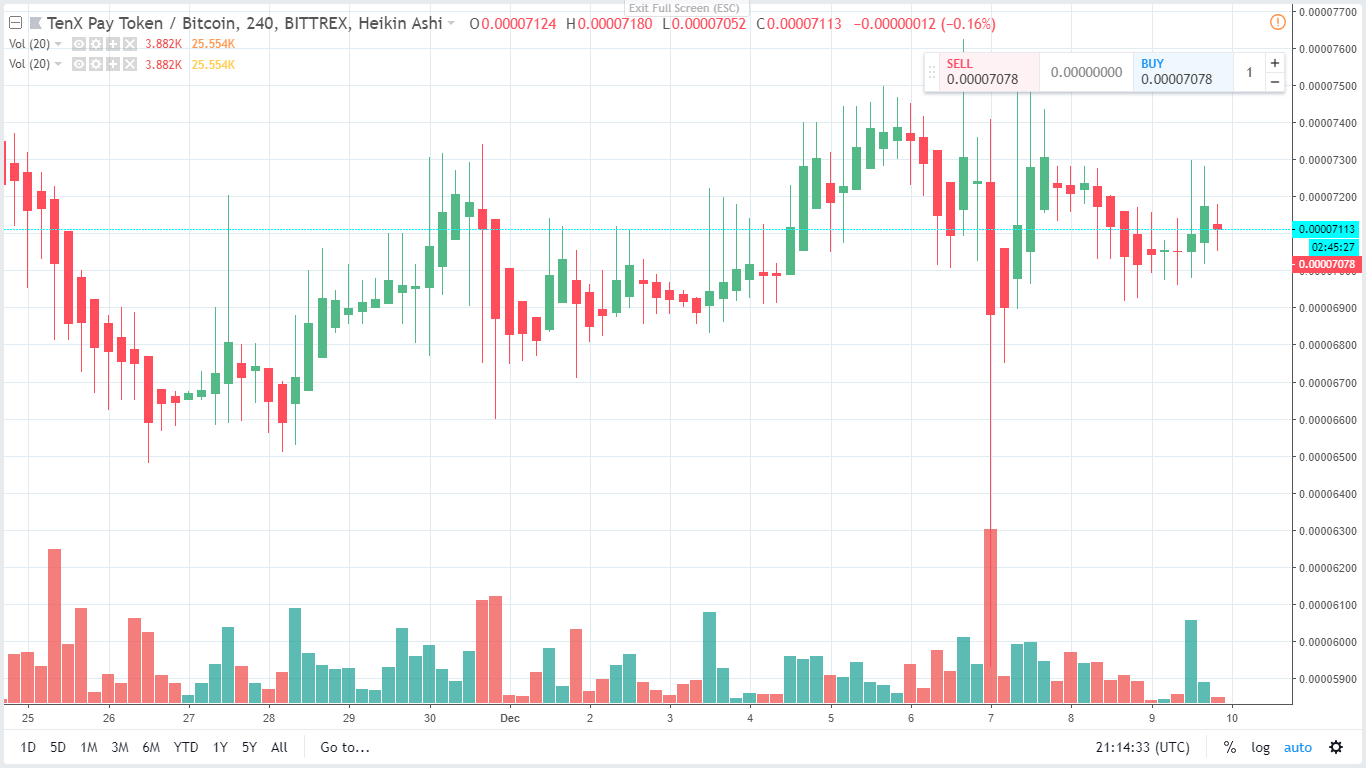