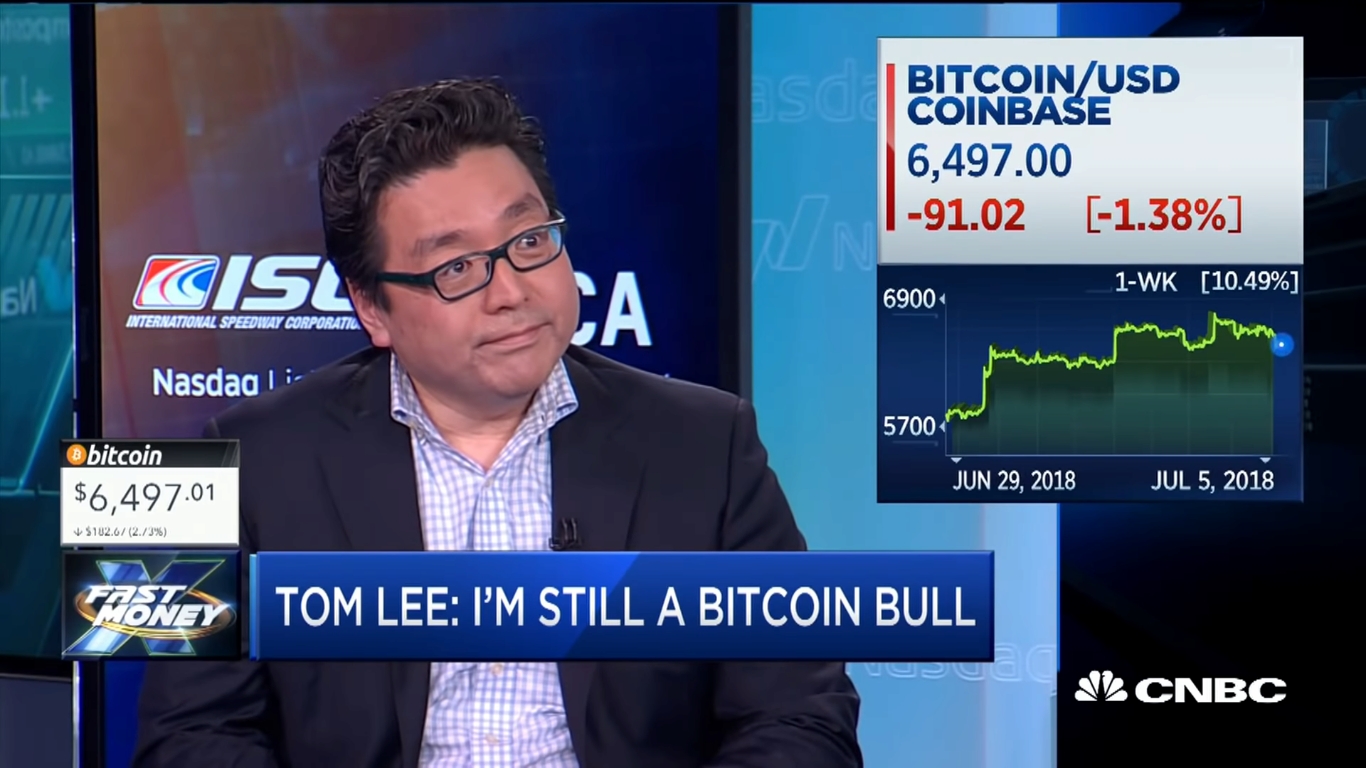 Tom Lee Clarifies: He Mantains His Prediction of BTC at 25K by The End of The Year

Tom Lee appeared once again on CNBC today to discuss his views on the Bitcoin market after analysts apparently took his prediction as a Bearish signal.

After clearly saying this morning that he considered that Bitcoin could hit the 20k mark by 2018, he reappeared hours later to comment that it is very likely for Bitcoin to reach 22k levels.

Tom Lee sees bitcoin by the end of the year at more than $20,000 per unit — 20% less than his previous estimate. https://t.co/SyxLLVAuOt

In order not to contradict himself, basically a value of 25k is more than 20k, so both predictions are “theoretically” correct and compatible.

.@Fundstrat's Tom Lee clarifies his 'bearish' comments on #Bitcoin, plus makes a shocking call regarding #Ripple and #BitcoinCash pic.twitter.com/lrtH0LQEeD

In response to Melissa Lee’s comments on the market reactions and the extensive media coverage of the news, Tom Lee said that his vision should not be considered bearish at all:

“I do think it’s the first time I’ve ever heard someone thinking something can triple is a bearish comment.”

He mentioned that perhaps the reactions were somewhat exaggerated or that he did not properly explain his point of view. He further elaborated his idea by saying that it is very likely that in the future bitcoin prices will maintain a support value 2x higher than mining costs.

After evaluating such prices, it is possible to conclude that by the end of the year, there is a fair probability that Bitcoin would exceed 20K and arrive “roughly” at 22k marks.

He then emphasized that he remains a fervent believer that his prediction of Bitcoin at 25K is correct. He is also confident that Bitcoin will reach such a milestone by the end of the year:

“We still think Bitcoin can reach 25k by the end of the year, or something like that… But it’s still a huge move for where it is now”

After being asked to explain more about the arguments behind his prediction, Tom Lee mentioned the following:

He concluded by mentioning that predictions are not always met, but that Bitcoin is a Buy for those who believe in trends today.

“The challenge is, of course, Bitcoin is quite volatile, and it only has a ten-year history. But in its entire history, it always has been a good time to buy.”

Finishing the segment he was involved in a “game” in which he had to choose his favorite crypto between two options. These were his choices: