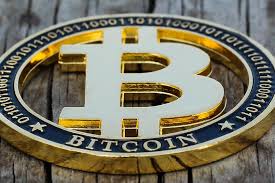 Data by Statistica shows that Turkey has the highest levels of crypto adoption amongst its population when compared to other European nations. The market research firm report says that at least 18 percent of all Turks have crypto asset investments.

This percentage is twice higher than the European average and higher too than that of other countries in Europe. The only other countries that come close to Turkey in terms of average crypto adoption are Romania’s 12 percent, Poland’s 11 percent, and Spain’s 10 percent.

The Fall of The Lira

The Turkish Lira has been on free fall, losing most of its value against the USD as diplomatic tensions between the Eastern European nation and the US escalates. With its exports to the US facing sanctions, life is becoming difficult for the Turks.

They have taken to the hoarding USD and crypto to protect the value of their savings. In February, for instance, the Lira lost over 50 percent of its value against USD. The 80 million strong nation, which also is a vital ally of Nato, has had its currency in the doldrums for a long time.

The high levels of debt, combined with large amounts of government borrowing, have exacerbated very high levels of inflation. As grim as the Turkish economic downturn is, it has shed some light on the virtues of crypto. Bitcoin has picked up a lot of traction in Istanbul for instance, with over 30,000 Turkish users signing up at OKEx. According to Andy Cheung, the OKEx head of operations, the exchange expanded its offerings to Turkey in late March, and the response by the nationals has been extraordinary.

While talking to CoinDesk, Cheung says that the nation “has one of the most robust and promising crypto communities anywhere in the entire world.” The number of crypto users in turkey is rising so fast that Binance has also taken note of it.

In a tweet, their strategy officer gin_binance acknowledged that “Turkey is one of the best-case studies in crypto adoption.”

As an illustration, the Lira as far as 2019 data goes, accounts for at least 6 percent of the year’s current crypto fiat liquidity as per CoinMarketCap data. In 2018, it had the fifth most popular fiat to crypto pairs worldwide. The popularity of BTC in Turkey is also backed by Ozgur Guneri, the CEO BTCTurk a crypto exchange that also has on-boarded at least 30,000 new crypto users in 2019.

A survey done by the ING Bank’s media arm in 2018 showed that over 18percent of Turks owned BTC, with 45 percent of them being in it to Hodl. The happenings in Turkey are therefore a possible microcosm of events that will lead to the global dominance of Bitcoin over fiat, as global inflation rates keep rising.

Increasing Crypto and Bitcoin Awareness in the US

Elsewhere in the U.S, data from a survey by The Harris Poll done for Blockchain Capital shows that Bitcoin awareness has increased from 77 percent in 2017 to 89 percent in 2019. Millennials have the highest awareness rates at 90 percent while baby boomers have theirs at 88 percent. Consequently, it is now a paltry 11 percent of the American population that have not heard of Bitcoin.

Even more encouraging is the fact that despite Bitcoin’s fallen values from its 2017 high, 27percent of the respondents indicated that they will purchase BTC in the next five years a rise from the 19percent that showed interest in BTC in October 2017.

In fact, when asked in what they form they would prefer $1k in, 21 percent choose BTC to bonds, 17percent preferred BTC to stocks while 12percent would rather have BTC than gold.