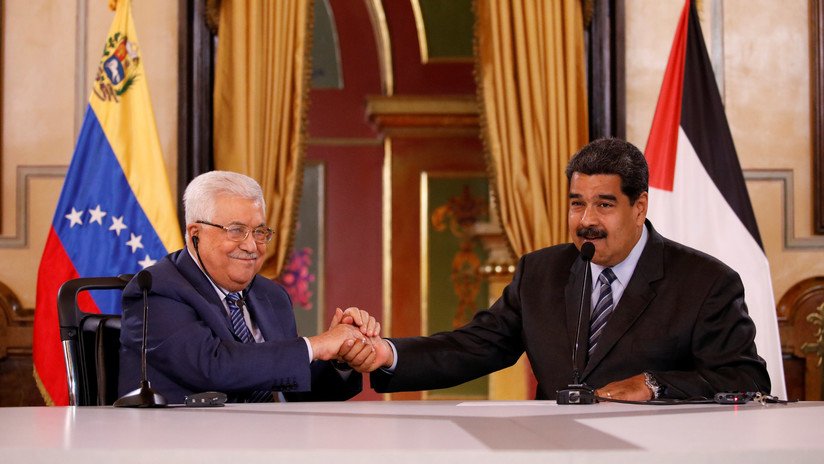 Venezuela and Palestine have agreed on a series of measures to improve international relations and political —and economic— affairs, producing a strategic alliance that seeks to promote the global adoption of Petro and the Palestinian Industry as well.

On Monday, May 7, 2018, Venezuelan President Nicolás Maduro officially received Palestinian President Mahmoud Abbas, with whom he held a diplomatic meeting to discuss issues of particular importance to both countries. The meeting was followed by a press conference at which announcements were made explaining the results of the visit mentioned above.

One of the most interesting announcements was the creation of a Binational Fund to promote technological and industrial development. To this end, Venezuela will make an initial contribution of 20 million PTRs —a cryptocurrency recently created by the state and officially adopted according to a legal decree— which would be equivalent to a total of 1.2 billion dollars, according to official figures.

“I have proposed that Palestine assume, within the framework of the agreements with Venezuela, an investment with us through our cryptocurrency Petro and that a bi-national fund is created, for the technological development of our Peoples,” said Nicolás Maduro on a tweet:

Using politics to strengthen a cryptocurrency

While it is true that Petro has been a highly controversial issue, nothing seems to stop Venezuela in its struggle to make it a successful and massively adopted tool.

A few days ago it was announced that Venezuela had offered India a 30% discount on the price of its oil imports if the country agreed to make payments in Petros.

Similarly, after an official visit, it was announced that Coinsecure had received an offer to list Petro within its pairs to be negotiated by Bitcoin and Rupees.

In words of Coinsecure CEO Mohit Kalra, the Venezuelan government is making a massive effort in different allied countries in search of positive results:

They are going to different countries and making offers. The offer that they have given to the Indian government is: you buy Petro, and we will give you a 30 percent discount on oil purchases.”

According to Business Standard, the oil trade between the two countries exceeds 300,000 barrels per day, which would mean a significant trading volume for the cryptocurrency, should India accept Venezuela’s offer.

It had also recently been announced that in a first phase, 16 exchanges were certified to list the PTR in a secondary market not controlled by the government. The companies that obtained the initial approval are:

Also, Nicolás Maduro announced the celebration of several cooperation agreements with Palestine in the industrial and tourism sectors. As a result, he approved the creation of two joint ventures dedicated to the exploitation of the Orinoco Mining Arc, the country’s most important metal mining area.

Finally, the creation of a “Petro Gold” (a crypto backed by physical gold) will soon to be announced:

Sealed and classified in 10 grams, 20 grams, 30 grams, 40 grams, 50 grams, [of gold] up to one kilogram and you can invest in bolivars, cryptos, or in FIAT currencies convertible into your gold,”