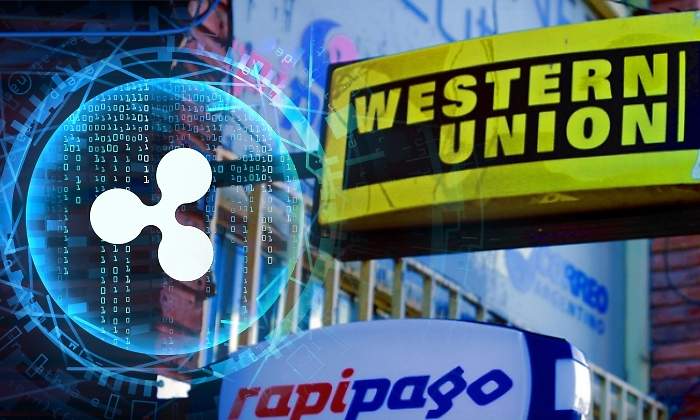 Western Union “We Would Be Ready” For Crypto. Ripple Tests Still Ongoing

Cryptocurrencies continue to make their way into the world of finance and traditional payment systems. Despite some skeptical statements and the bearish 2018, their adoption has dramatically increased to the point that many experts believe that eventually crypto use could complement or even compete directly with the traditional fiat system.

Western Union, one of the world’s leading non-bank money transmission companies, recently published an article explaining its cautious but bullish view of the future of cryptocurrencies as a means of worldwide money transmission.

According to the article, Western Union Global Money Transfer President Odilon Almeida said the corporation is carefully following the ecosystem, noting that in the event of significant adoption, the company would be ready to launch a money transfer service using this technology:

“Cryptocurrency might become one more option for a way for assets to be exchanged between people and countries. If that happens, we would be ready to launch.”

For Almeida, it is essential to separate the purpose of cryptocurrencies from their underlying technology. The Western Union team comments that while the study of blockchain technologies is interesting, its purpose would be nothing new since the company has been sending P2P money electronically for several years.

There are two elements to the cryptocurrency. The first one is the digital currency itself and the second one is the technology behind it: blockchain …
But Almeida adds that it wouldn’t be a big reach for WU to add a cryptocurrency to its customer options right now because we’ve already been transferring money digitally for two decades.

There's a lot of hype around cryptocurrencies.

Western Union and Ripple: Yes But No

Western Union has already explored the use of blockchain to provide a better user experience. In statements for Bloomberg, Western Union Chief Executive Officer Hikmet Ersek said on a conference call that rumors of an association with Ripple Labs were true:

We are looking especially in the processing settlement and working capital optimization, also in the regulation part, on the compliance part on the blockchain capabilities … And we do test; we do have some tests with Ripple.

However, apparently, the results were not 100% satisfactory. In statements to Fortune, Ersek himself commented that he did not see a significant advantage in replacing the current system with one based on Ripple.

“We are always criticized that Western Union is not cost-efficient, blah blah blah, but we did not see that part of the efficiency yet during our tests … The practical matter is it’s still too expensive.”

Until now it is uncertain whether in the near future, Western Union has planned to enable the service, however with the growing adoption of crypto users, it is increasingly possible that this idea becomes a reality.