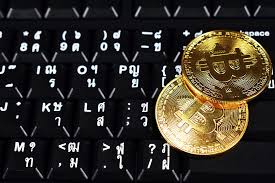 Since Bitcoin dropped from highs of $20,000 in Q4 2017, a slight spike in the price has always been welcomed with enthusiasm, even euphoria. Unfortunately, a drop would almost always send traders and investors into a panic.

All the same, Bitcoin bulls are convinced that Bitcoin’s market capitalization will be hovering around $1.5 trillion towards the end of 2020. With changing regulatory landscape, investment in infrastructure as well as increasing awareness thanks to the attention brought by Facebook’s Libra and the community’s effort, this overview is understandable. As noted by one bull, Karim Heiden, a business developer in the commodity and forex markets, “a trillion-dollar market…lies in the future implications [of Bitcoin and an ETF].”

An EFT Is One Route Towards $1.5 Trillion

Karim notes that one way that Bitcoin will have a trillion-dollar market cap is when a Bitcoin ETF has been approved.

“The price of BTC will shoot up. To tickle your imagination, consider this: We’ve all seen the order books. We’ve all noticed those transactions where someone just filled in an order of 1.500 BTC. That ‘whale’ is nothing compared to the whales that will enter the market when ETF is approved…If the actual approval comes in 2019, expect the overturn of the market.”

Additionally, the business developer anticipates that institutions and big investors will start investing in Bitcoin, drawing demand and pumping price in the press. Currently, BTC dominance stands at 65.7 percent.

But there are other permabulls aside from Karim. Willy Woo, a partner at Adaptive Capital and an adept market analyst, projects Bitcoin market cap to exceed $1 trillion in the next two years. According to Woo, Bitcoin is approaching a cycle that will help it surpass today’s gold market capitalization in the long term.

While speaking in a popular podcast, Woo said:

BTC Halving Is the Other Route

Another bull, Chris Burniske, founder, Placeholder, a venture capital firm, anticipates Bitcoin’s market cap to blast past $ 1 trillion within Woo’s time frame. However, Burniske, unlike Woo, is banking on the much-anticipated Bitcoin halving event that will take place towards mid-2020. For Chris, “If volatility halves, the Bitcoin market cap could reach $1 trillion by 2021. All of crypto could reach $3 trillion by the next bull market.” Burniske was speaking during the recent Ethereal Summit.

“Looking at the top 10 crypto assets at the end of each year makes me think Bitcoin (blue) gets to $1 trillion on its own in the next bull market.”

But other bulls have an even higher price for Bitcoin. While a trillion-dollar Bitcoin market would require BTC to trade at around $40K or $50K, John McAfee, for example, sees Bitcoin at $1 million a pop.