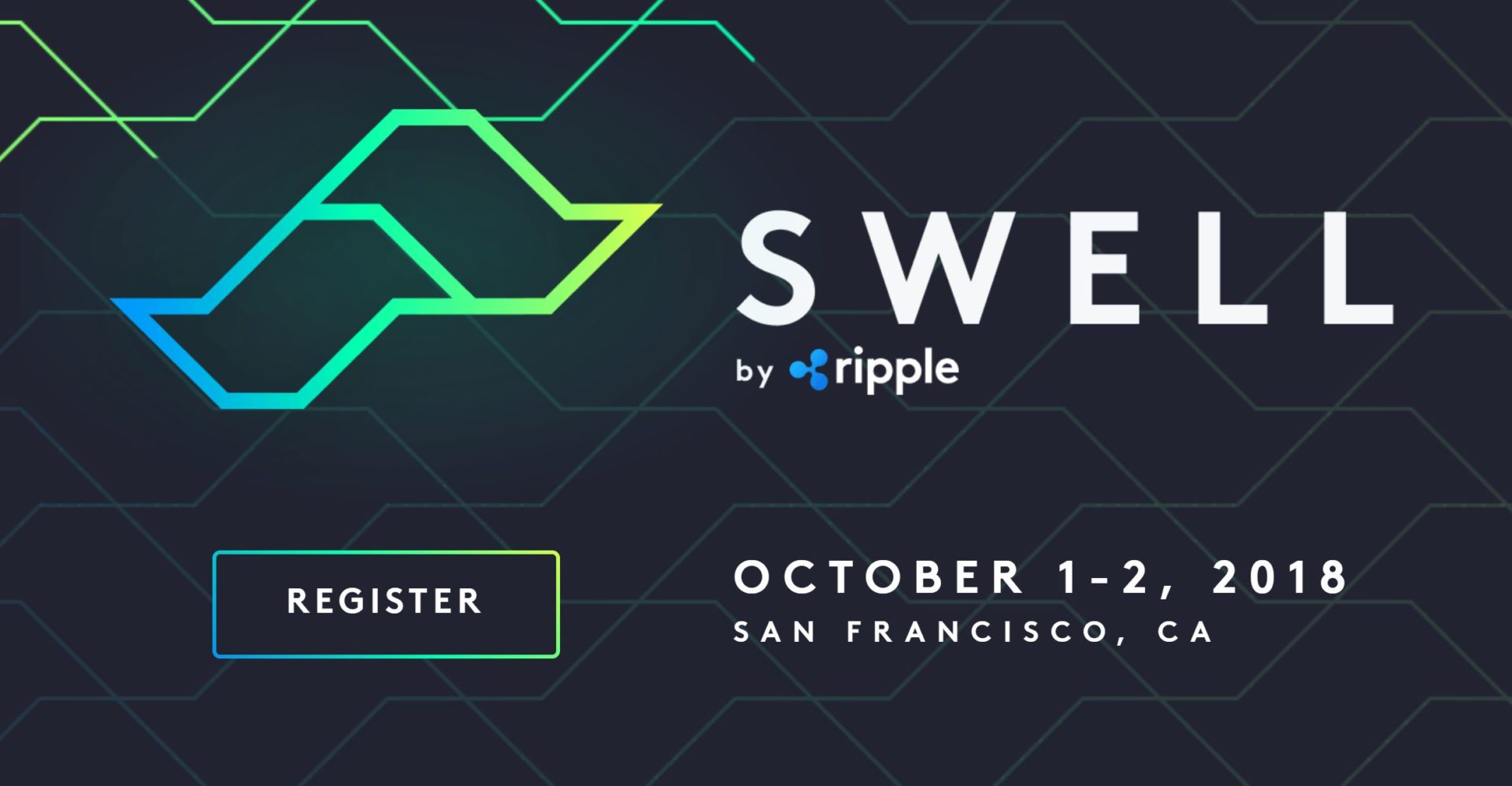 Will The Swell Event Usher in a New Era For XRP in the Markets?

The Swell event in San Francisco by Ripple kicks off later on today, and will run till tomorrow the 2nd of October. The agenda of the event is scheduled to start at 7am, UTC – 7, with private meetings, breakfast and demonstrations. President Bill Clinton is the keynote speaker of the event and is scheduled to do so at 11am after some opening remarks by Ripple’s CEO, Brad Garlinghouse.

The Ripple team goes on to describe the rest of the event as follows:

Following these visionaries on stage are some of the biggest names in payments and technology including: Ed Metzger from Banco Santander; Tokunboh Ishmael from Alitheia Capital; Honorable Sunil Sabharwal from the IMF; Colin Dinn from Siam Commercial Bank; Prajit Nanu from InstaReM; and R.J. Pittman, former Chief Product Officer of eBay.

Where To Watch The Coverage of the Event

XRP Community’s Expectations of the Event

The recent spike in the value of XRP in the markets was caused by news of xRapid being scheduled for launch in October. Since we are already in October, many XRP fans believe an announcement will be made at Swell, of the developments of xRapid tests with banks and remittance service providers.

The excitement is there in the crypto-verse as can be seen be seen in a tweet by @BankXRP which stated the following:

Swell, hosted by Ripple Starts Tomorrow, connects the world’s leading experts on policy, payments and technology for the most provocative dialog in global payments today. In San Francisco on October 1-2 and features President Bill Clinton as the keynote speaker.

Swell, hosted by Ripple Starts Tomorrow, connects the world's leading experts on policy, payments and technology for the most provocative dialog in global payments today.

Summing it up, the Swell event starts today, October 1st, and runs up until tomorrow, the 2nd. Former President Bill Clinton and other prominent individuals in the global banking and payment industry are scheduled to attend. The XRP community is excited at the potential of xRapid being announced officially during Swell and other news developments with regards to their favorite company of Ripple and the digital asset of XRP. As a result, many believe Swell will usher in a new era for XRP in the markets and perhaps  the digital asset will break away from the influence of Bitcoin.

What are your expectations of the Swell event by Ripple? What do you hope to hear from President Clinton, Brad Garlinghouse and the numerous influential attendees? Please let us know in the comment section below.