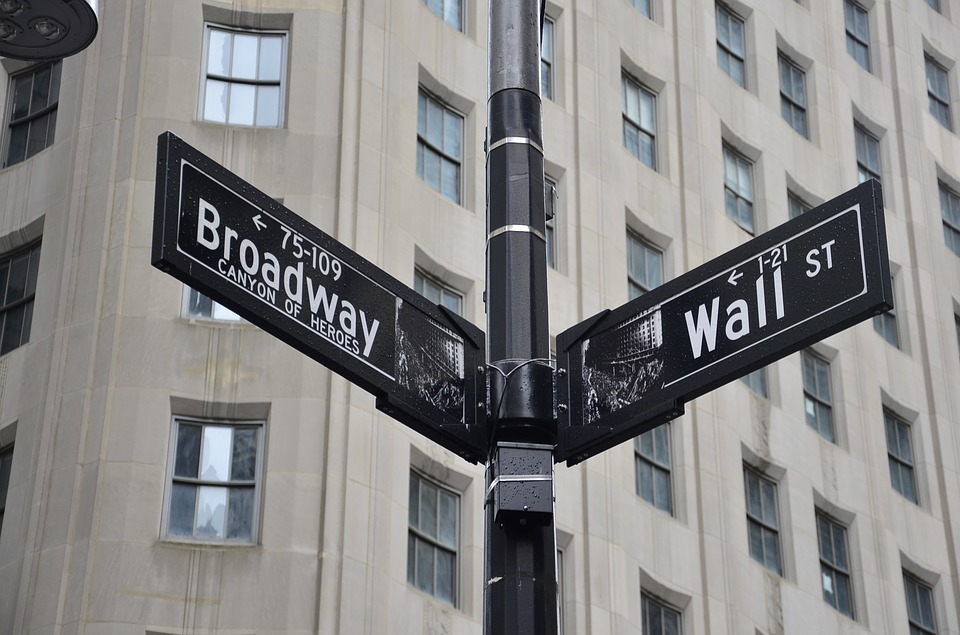 Will Wall Street Settle for Ripple (XRP) As Money Flow to Crypto?

Wall Street could be warming up to cryptocurrencies; however, not any coin/token is being targeted. Bitcoin is preferred but Ripple (XRP) could be a great buy.

Presently, evidence is piling up that the stock market is shedding off some of its gains and probably directing it to digital assets. For example, in a tweet, Cryptopolis_x, a quantitative analyst, noted:

“Money is moving from stocks to digital assets. Traditionally when the stock return outlook is diminished, capital moved into bonds and or / commodities. Now there’s a new kid on the block: digital assets. Wall Street will choose XRP, the greatest digital asset. GO XRP.”

Settling for Ripple (XRP) Will be Strategic

However, the choice of Ripple by Wall Street will not be a blind move. Ripple Inc through Ripple Labs, is managed by top minds in the space, are experience and building the infrastructure that would likely come in handy in Web 3.0, the internet of Value (IoV) of which Ripple products will be supreme. That’s not to talk about specific features of all of their solutions including xRapid which can settle transactions in 4 seconds—or lower if we factor in Cobalt.

Apart from the Ripple platform being utilized by major financial platforms, there’s another catch; the price of XRP.

It fluctuates less compared to Bitcoin

Among all top cryptocurrencies, XRP prices are stable, range bound, decoupling with BTC, and well, acting more like a stable coin and as designed. For instance, since the beginning of May, XRP has been hovering between 30 cents and 34 cents, only breaking this mark early today when prices surged to 38 cents. Overly, Ripple (XRP) prices are oscillating within a tight 10 cents trade range with caps at 40 cents and floors at 30 cents. That’s unlike Bitcoin whose prices are volatile, exploding from $4,500 to $8,000 in less than six weeks.

The migration from stocks to crypto is already being witnessed. The stock market is recording losses while Bitcoin and the general crypto market is recording gains. For instance, the S&P is down 2.41 percent with Nasdaq is down almost 3 percent. On the other hand, the Chicago Board Options Exchange (CBOE) Volatility Index is up during the same period.

The losses incurred in the stock market seems to be influenced by a boiling trade war between the US and China. Towards the end of last week, the US President, Donald Trump increased the tariffs on Chinese imports by 15 percent to reach 25 percent. With Trump threatening to raise it even more.

China’s reaction seems like the reason for the fall in the stock market. In an opinion piece on a Chinese newspaper, the author while expressing his views say:

“China has been pushing forward the bilateral talks with a high sense of responsibility and maximized sincerity, but it will never yield to the extreme pressure from the US, or compromise on matters of principle,”

Even if China is not, BTC is

As China maintains it will not bow to pressure from the US, Bitcoin, and the crypto ecosystem is already to bowing to the bull pressure and recording higher gains.

Investors are however withdrawing from the stock market and channeling them to politically immune digital assets as Bitcoin and Ripple (XRP). The trade war between the two countries has drawn a clear line between crypto and stocks; the political scene affects one and not the other.

Since politics is always a hot topic in the financial industry, Wall Street is likely to lean on the side that has less political interference. Additionally, one with less volatility and high liquidity; XRP.

“It’s hard to turn your head when you know the White House, Federal Reserve, IMF, and certain banks are currently involved with Ripple. XRP will solve the liquidity crisis not only in this country but worldwide.”