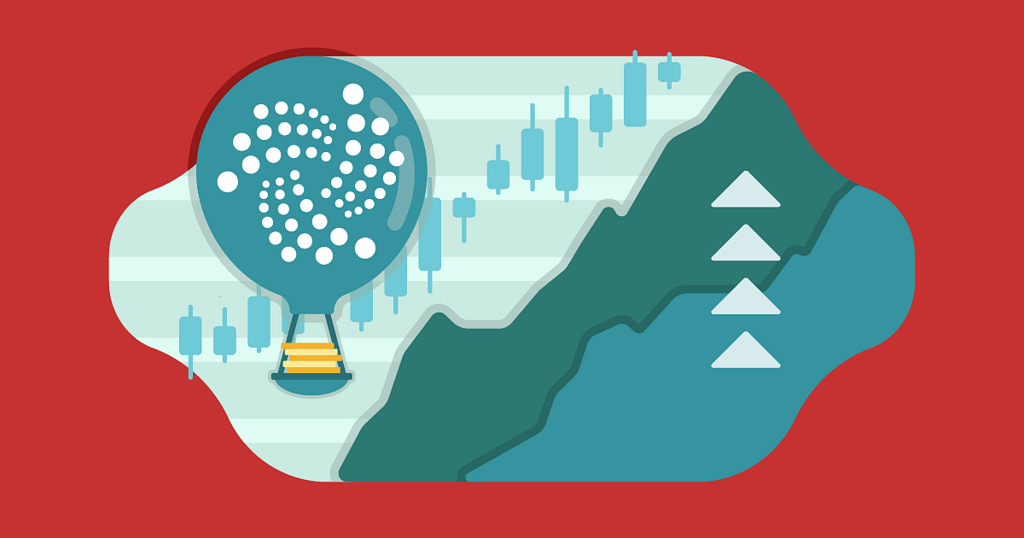 Harm van den Brink together with fellows from ElaadNL and Enexis now have a proof of concept system demonstrating that it is actually possible to build an autonomous self-balancing smart grid network powered by IOTA.  In this new machine to machine, smart self balancing grid, the IOTA network allows for secure exchange of data.

Additionally, connecting devices can make choices on their own on whether they can or not join the grid. The grid in this case refers to all devices and transformer to one part of the master grid and messages are exchanged via the Tangle in JSON format. All code is based on JavaScript.

Read: Marshall Island Hires Malta’s Strategic Advisor to Assist in the Issue of an Official Cryptocurrency

Note that this is not the first time Brink is leveraging on IOTA demonstrating different use cases of the network. In 2015, he was part of the team behind Electric Vehicle Charge Station where IOTA handled payment and communication and by the look of things, this Proof of Concept vividly demonstrates that IOTA’s application is near infinite in a world gravitating towards the internet of things.

Meanwhile, reports have it that VW is stepping up, creating a network of charging stations in China. While there is no mention of IOTA, the IOTA Foundation and VW have been working on several projects in the past few months.

Imagine every MaaS electric self-driving vehicle as entrepreneur with its own identity, wallet, autonomous pricing and payments for parking, charging, cleaning, maintenance, etc. I am a big believer in Distributed Ledger Technology and Decentralized Computing, esp. Tangle #IOTA https://t.co/wRLqAjo33S

The CDO of VW, Johann Jungwirth even explained about employing IOTA in a new market, the MaaS—mobility as a service where the network can use to distribute updates securely in a car connected system. Johann was a member of the IOTA’s supervisory board. 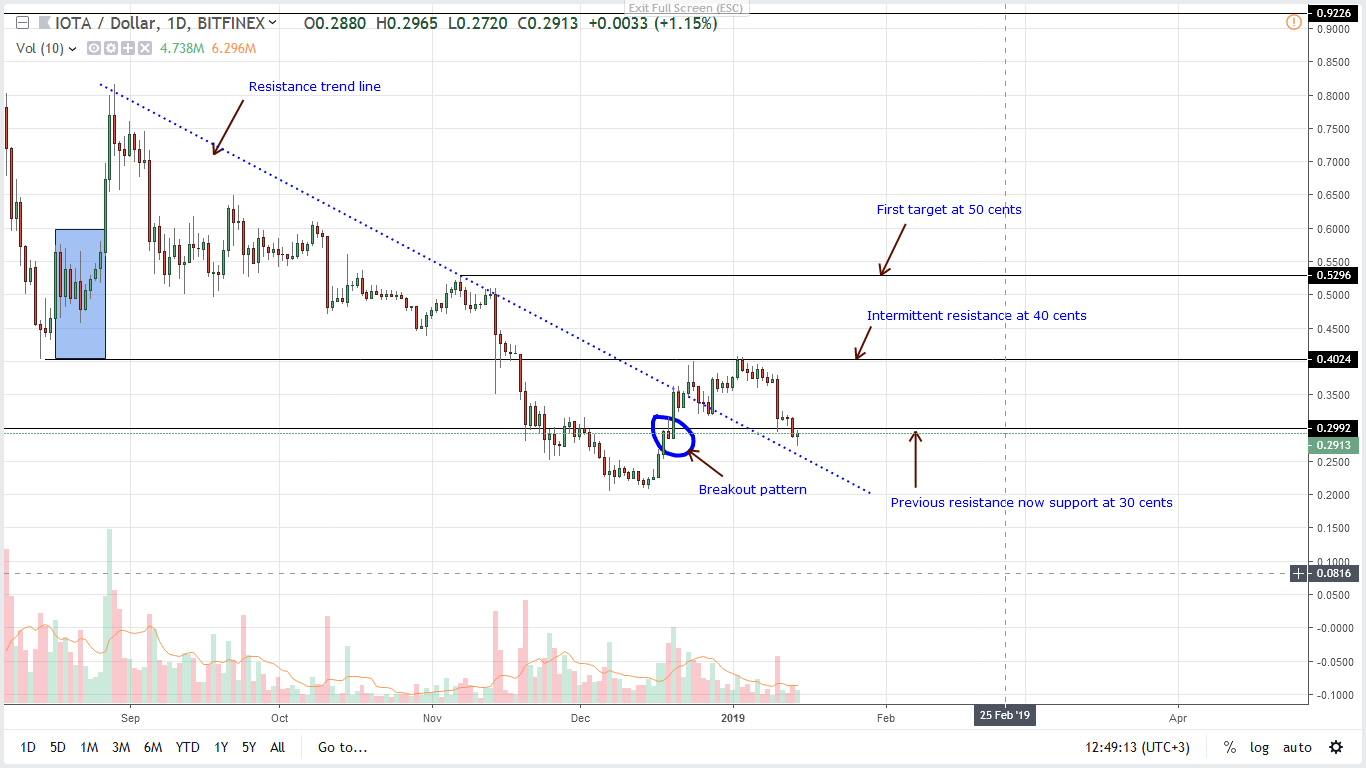 Like Bitcoin and the rest of the market, IOTA is bleeding and down a massive 24.4 percent in the last week. However, we strongly believe that this drop is but another buying opportunity for aggressive traders.

Note that from the chart, IOT is trading within a bull breakout pattern against the USD after prices shot above the four month resistance trend line on Dec 22 and rejected further lows on Dec 28.

Because of this, it is likely that IOTA will find support at the main support trend line previous resistance at around 25 cents. If not, then bears may press forward and prices could drop below Dec 2018 lows of 20 cents by end week. 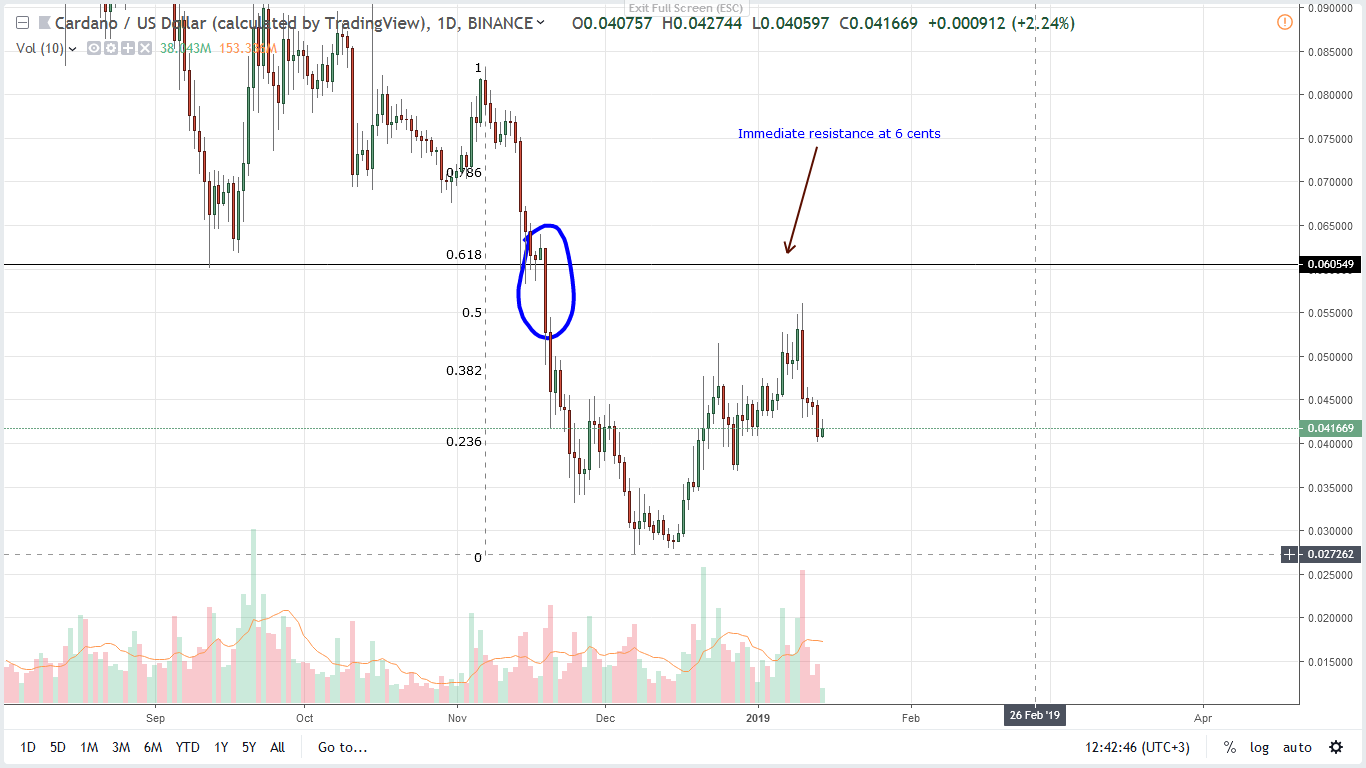 As we expect Shelly and decentralization, ADA is out of the top 10. In line with our previous ADA/USD price analysis, bulls will only be in charge if and only if there are solid breaks above 6 cents or if there is resurgence of higher highs clearing Jan 10 losses.

If not, then we expect the third phase of a classic bear breakout pattern to resume as we classify the upswings of late Dec 2018 and early 2019 as the second phase, the retest, paving ways for sellers to enter at better prices once prices drop below 3.6 cents.

After all, we now have a double bar bear reversal pattern backed by above average volumes spearheading this drain. Potential support may be found at 3.6 cents and later 2.8 cents or Dec 2018 lows.