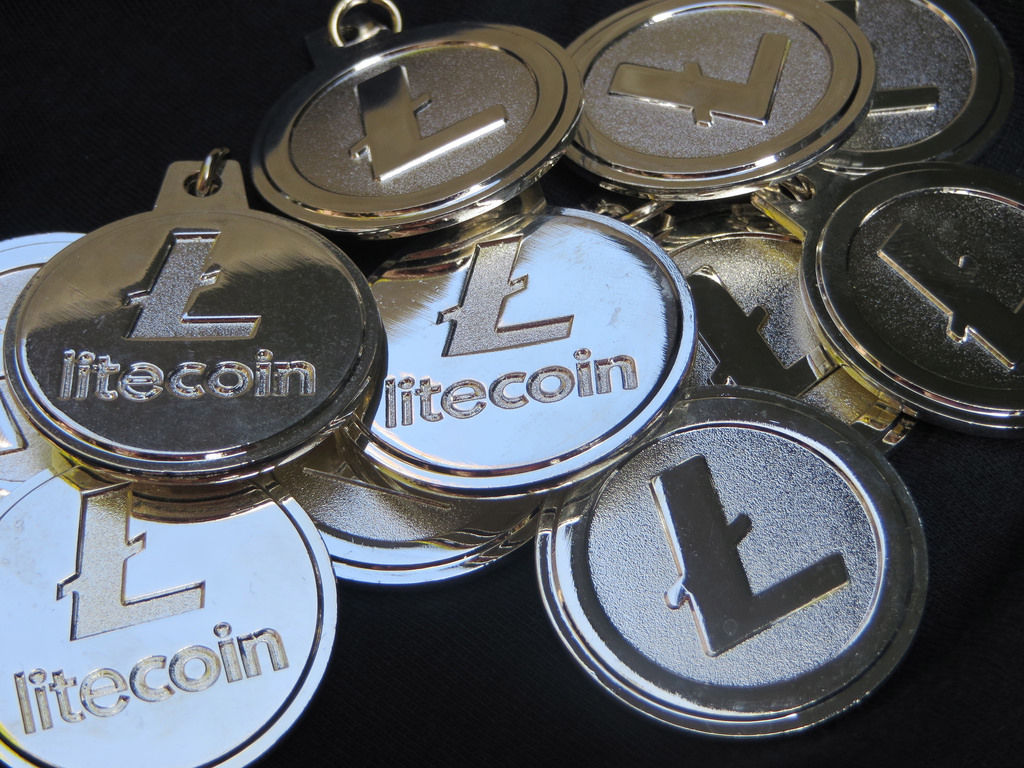 An Estonian digital exchange is making headlines for good reasons. The company–though based outside the US, allow foreign investors to trade stock derivatives of Facebook, Tesla and eight other NASDAQ listed companies 24 hours a day, seven days a week even when the markets are closed. And what’s more, they don’t need permission from US regulators as they are already a regulated entity in their jurisdiction.

In an email interview with Bloomberg, the CEO of DX. Exchange, Daniel Skowronski, said:

“We saw a huge market opportunity in tokenizing existing securities. We believe that this is the beginning of the traditional market’s merge with blockchain technology. This is going to open a whole new world of trading securities old and new alike.”

The token derivatives–like stable coins will be backed 1:1 with real stocks held by MPS Market Place Securities—compliant with Cyprus regulators– and powered by NASDAQ’s class matching engine are based on the Ethereum blockchain. Participants would be entitled to cash dividends of the underlying stocks, trade for free and the platform supports among other coins Litecoin, Bitcoin and Ethereum. What’s more, Dx.Exchange with offices in Israel and Estonia has grand plans of listing stocks listed in Tokyo, NY and Hong Kong stock exchanges.

Perhaps this support is behind the latest resurgence as LTC rise 23.7 percent in the last week flappening Bitcoin SV and Tether from seventh. At spot prices, it is $50 million away from replacing Stellar Lumens as the seventh most valuable coin in the space. 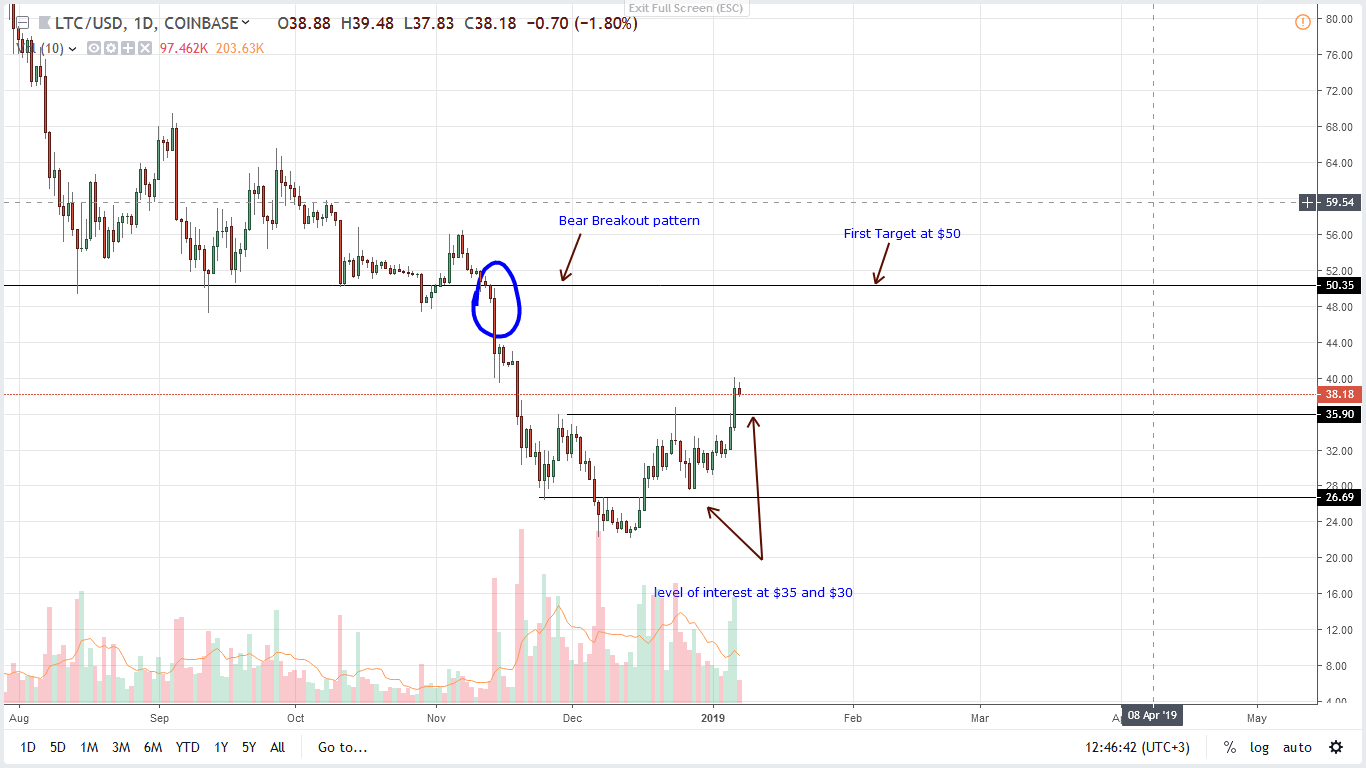 By adding 7.2 percent in the last day, LTC is now trading above our main resistance and buy trigger line at $35. This is bullish and from our last altcoin price review, our LTC/USD trade conditions have been met.

Notice that propelling this surge is above average volumes—459k against 223k and after hitting rock bottoms in 2018, this revival could be the foundation of a wave of higher highs kick-starting a reversal. In that case, our Litecoin (LTC) trade plan will be as follows: 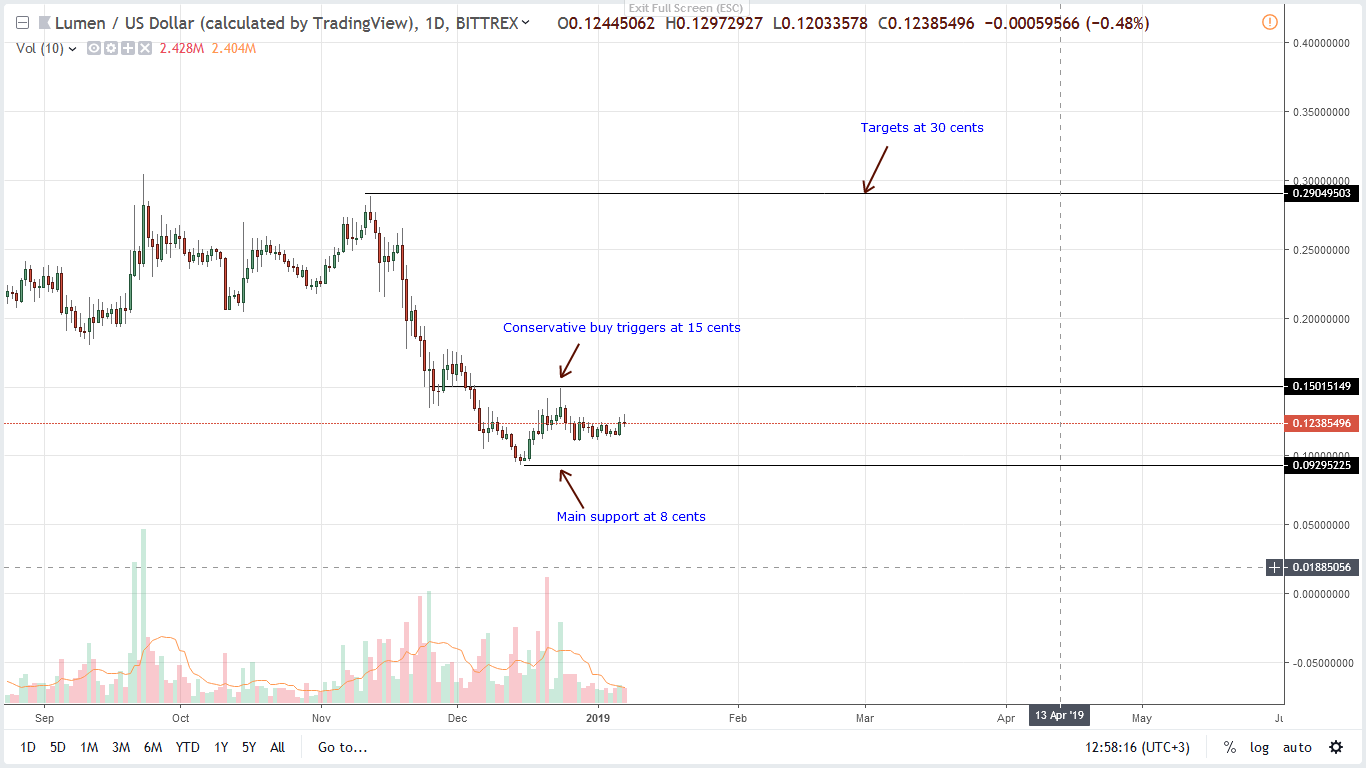 Obviously, the path of least resistance is southwards. As visible from the daily chart, XLM is literally struggling with sellers. Though recent bounce backs off 8 cents could propel prices above 15 cents, sellers are firmly in control and liquidation off 15 cents could feed the next wave of lower lows in a trend resumption phase.

From the chart, our last XLM/USD trade plan is valid and as long as prices consolidate along the 7 cents range with caps at 15 cents, we shall maintain a bullish outlook expecting XLM to recover and rise with the bullish tide visible in the space.

To reiterate, breaks above 15 cents will trigger the next wave of higher highs towards 30 cents. Ideally, these gains should be at the back of above average volumes.

Assuming there are satisfactory up-thrusts above 40 cents, this will be our Stellar Lumens near term trade plan:

All charts courtesy of Trading View—Bittrex and CoinBase